Much like Givenchy’s heavily hyped cameo at September’s New York Fashion Week, Tom Ford has announced his intentions to show his Fall/Winter 2016 collection on our fair isle.

Unlike Riccardo Tisci‘s spectacle, where A-list stars mingled alongside students and average New Yorkers, Mr. Ford’s clothing will be unveiled in a much more subdued setting. Scheduled for February 18, the brand will host small presentations, where both women’s and men’s wear will be on display.

“The intimacy of small presentations affords that. We launched our first women’s collection in New York in 2010 and opened our first store there in 2007. I am very excited to present both collections in New York,” Mr. Ford told Women’s Wear Daily.

In previous years, the brand has traversed the globe, staging both large and small fashion presentations. For Fall 2015 Mr. Ford trekked to L.A., hosting a buzzy show with a front row that included Julianne Moore, Scarlett Johansson and Miley Cyrus.

In an intimate show during London Fashion Week for Spring 2012, the notoriously private designer went to great lengths to keep the collection under wraps. He banned photographers and forbid the use of cell phones, asking the audience of editors and buyers not to even write reviews; he wanted customers to see the clothing for the first time right before the range landed stores.

Just last season, Mr. Ford decided to go entirely digital. He created a high fashion music video directed by Nick Knight, which starred his close friend Lady Gaga and a lineup of Spring 2016 clothes. So really, who knows how the designer will decide to debut his Spring 2017 collection. 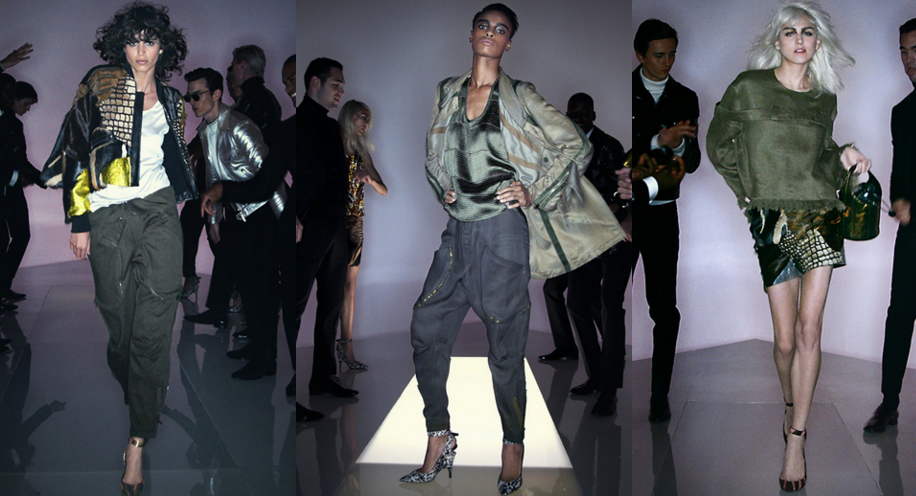