When the critically acclaimed series Transparent was renewed for a second season earlier this fall, creator and showrunner Jill Soloway told reporters that she knew that the show needed a new voice to help the writing team dig deeper into the middle-aged transgender character of Maura, played by Jeffrey Tambor.

During an active search for a transgender writer to add to her staff, Soloway became dismayed at what she perceived as the dearth of writers from the trans community qualified to do the work. To solve the problem, she invited trans women from across the country to send in a short story. She received hundreds of submissions and from that pool five were chosen to participate in a crash course in writing episodic drama for television.

One of the writers selected to participate in the program was Our Lady J, a transgender classical pianist and singer-songwriter. As a pianist, J has worked with Alvin Ailey American Dance Theatre and the American Ballet Theatre, She has also collaborated with Debbie Harry, Cindy Lauper and Lady Gaga.

‘It’s our responsibility to challenge the status quo. The choice notion is based in puritanism, really—if God made us this way it’s O.K., but if God did not make you this way you need to be punished.’

“I’d always been a writer, but wasn’t really familiar with just how writing for television worked, so it was great to be able to learn the craft from someone like Jill,” explained J. Soloway mentored the writers through a week long workshop where they recreated a working writers’ room. “Jill’s pretty badass that way. She’s like, ‘fuck the patriarchy, let’s arm these trans women with the knowledge of how to write for television.’ ”

At the conclusion of the seminar, J was asked to continue working on the series as a full-fledged writer. She’s quick to point out that Soloway made sure that the other participants of the workshop would continue working as television writers as well. “Jill worked out a partnership with Outfest to create a program that will further the mission of training transgender people to write for TV.”

J is aware that the subject of transgenderism seems to make for hot television content right now and admits that she’s a bit conflicted about that. “I know that there are network programmers who are saying, ‘hey, trans is hot right now, let’s put a show on about that!’ I would be totally fine with that if it were creating more opportunity and more jobs for the community, but for most part it was all about people are trying to capitalize on the trans experiences without involving trans people. That’s why working with Jill was so important, not just for me and the people that participated in the workshop, but because it’s actually bringing us in to the writers’ room which is really a tipping point in all of this. Before this happened I constantly found myself going to lunch with writers or producers and talking for an hour about my life and it would be like, ‘thanks so much for all the info, see you,’ and I’d think, ‘I just gave you thousands of dollars of information and now you’re not going to hire me. That doesn’t seem right,’ and it wasn’t.”

Now J is in a position to bring the stories of her community directly into the writers’ room. To stay current, she reveals that the Transparent staff reads through a ‘Daily Trans News Digest’ put together by a writer’s assistant. “We also keep our ear to the ground to know about what’s affecting people in the trans community. And, we also just continue to live our lives and talk about what we’re experiencing and how we’re feeling about it. It all begins with that; truthfulness about the good, the bad, the challenges, the gains and setbacks, but this is truth of any specific group of people so it’s a little amazing that all of this seems so groundbreaking, but in fact, it really is.”

“Move through any door that is opened no matter what that door is. Wedge your way through and just say ‘yes.’”

Regarding the growing number of both reality and narrative television series featuring transgender individuals J says, “Well, I’m not sure which type is really more educational – reality shows can be manipulated in many ways, but then again narrative drama is carefully scripted as well. But, in scripted television we can craft the storyline in such a way as to highlight certain angles and opinions for meaningful impact. The thing is, every show, whether it’s reality or scripted, is educating people and having an impact in some way and overall I think that’s good.”

In giving advice to anyone who aspires to be a television writer or producer, J reaches back to her own childhood for inspiration. “I think you need to hone your craft, whatever craft that is. I was a classical pianist before I started writing. My parents bought a piano for $100 when I was four and there was a teacher who taught lessons for $4. I practiced and practiced and practiced because that was what I had available to me. That became my savoir. I got a scholarship to study classical piano and that took me to NY. Move through any door that is opened no matter what that door is. Wedge your way through and just say ‘yes.’ That’s how I ended up on this show, I just said ‘yes.’”

Speaking to both transgender writers and writers as a whole, J relates, “It’s our responsibility to challenge the status quo. The choice notion is based in puritanism, really – if God made us this way it’s ok but if God did not make you this way you need to be punished. Pushing up against that has been important for me in defining my own sexuality and gender identity. Even if I woke up 20 years from now after being in a coma or something and suddenly I had trans health care and everything was fine, there’s still another group that will be marginalized and so I think it’s not just important for the people in the transgender community but for society as a whole to challenge things with our writing. The bottom line is, it doesn’t matter what group you identify with, we have to push back, especially on the things that we think are unjust. Nothing will ever change if people don’t push for change so we all have to continue to do that every single day. Right now it seems to be starting with the trans community and we’re the frontrunners here and that’s ok. Let’s just keep at it, just keep pushing for acceptance and understanding. If we just continue to do that with altruistic motives, then the mission is truly a worthwhile one.” 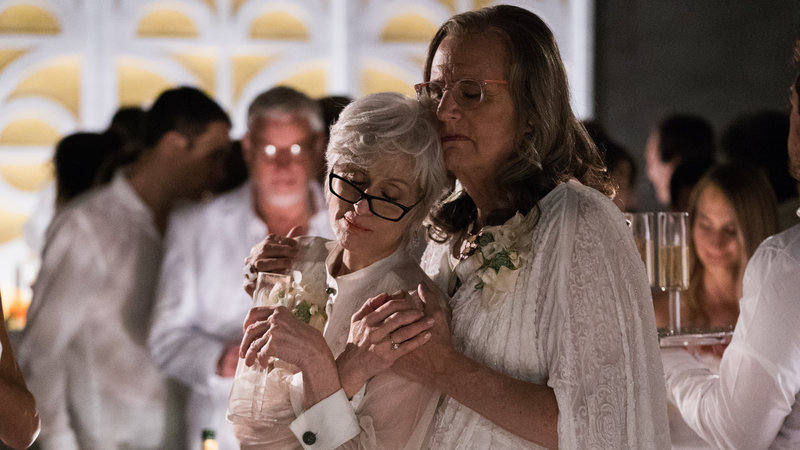