Anyone who has ever attempted to drive in Miami knows that the traffic is unbearable. Multiply that by the madness of Art Basel and it’s true insanity. With the amount of parties and must-see booths, who wants to spend time cooped up in a car? Instead of Uber-ing around town, there’s a far better scenario. Simply Uber your own yacht.

With the road closures around Miami, traffic this year is expected to be even more horrific than the usual bumper to bumper gridlock of I-95. That’s why Stella Artois and Uber have teamed up to launch the first-ever UberBOAT. Instead of sitting in a car looking out over the waterways, travel between Miami Beach and the Art Districts on a luxury yacht. UberBOAT already exists in Istanbul, but this is the first time it’s setting sail in MIA.

For the flat rate of $35, an UberLUX vehicle will transport you to luxury yachts. There will only be up to six other riders, so it’s nothing like an uncomfortable UberPool. Tap your regular Uber button for a boat from December 3 until December 5. There’s no risk of driving impaired and there’s no way you’ll end up stuck in traffic, missing one of Basel’s many parties. Instead, you’ll be on a boat like Leo, Instagramming away. 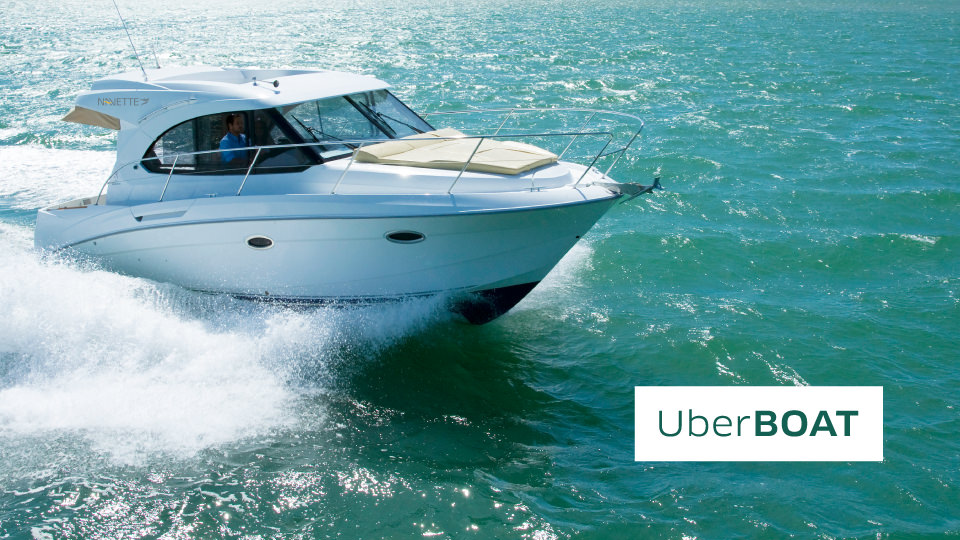