In addition to a slew of Internet-famous dogs, he is joined by his Manhattanite pals like the trans nightlife impresario Amanda Lepore, actors Michael Urie and Carol Kane, models Cory Bond and Selita Ebanks, Broadway staple Bernadette Peters, and Cynthia Rowley who designed a limited edition dog bowl and mat to mark the occasion. “[Working with dogs] wasn’t as bad as you might think. The good thing was that a lot of the people in the film had either their own dogs or their owners were nearby,” he said following the all-day film shoot at the pet friendly hotel. “There were a few doggy skirmishes on the set, so I’m glad there was no sound in the film. That would have even a nightmare! Keeping 20 shrieking dogs quiet would be impossible.”

To further celebrate the film, Ultimate Encore will also raise money and awareness for pet charity Broadway Barks, co-founded by Ms. Peters, with proceeds from the items featured in the film donated to the cause. The full short film here. 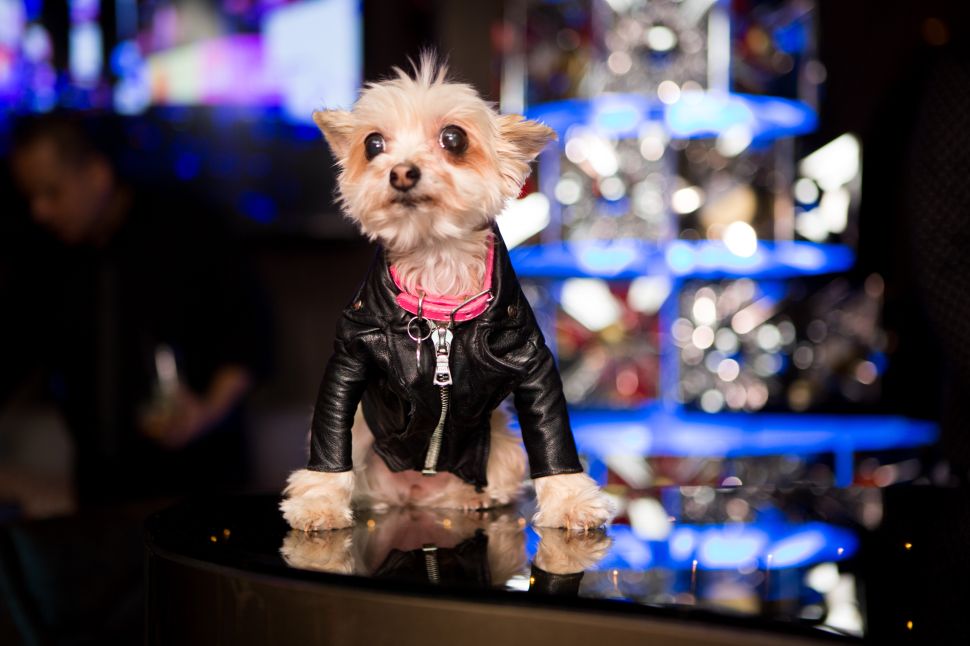