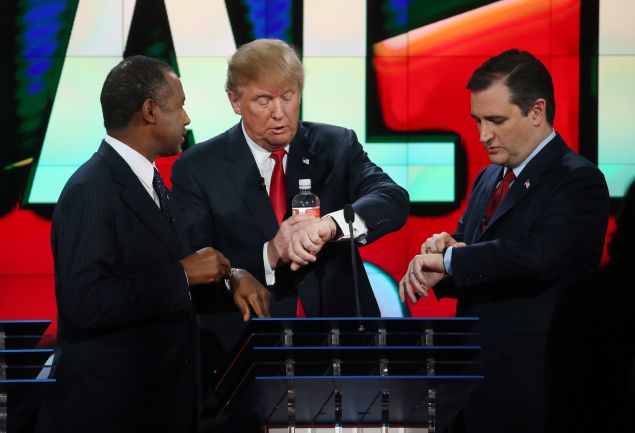 The holidays are a time to spend with loved ones and reflect on the past year’s events. But let’s be real, they’re also a time to give and get loot. And if someone’s expecting a gift from you and you don’t deliver? Well, this is how grudge lists get made, people.

With that in mind, let’s take a look at what each 2016 presidential candidate would likely give as a gift.

Note: I’m not including the candidates in the undercard because at this point, they simply don’t matter.

A Shutterfly make-your-own calendar. Each month would feature a photo and “inspirational quote” from Ms. Clinton, probably about being a woman or how Republicans are the real enemy. It would appear somewhat thoughtful and homemade, but of course we all know Ms. Clinton didn’t make the calendar herself. No, that task would fall to her top aide Huma Abedin.

So many options here. He could give cold, hard cash. Or a year’s supply of Trump Steaks, which he would bring back on the market just for you, because you’re a winner—and winners deserve steaks. He could give you some nice Trump Ties, or maybe a gift certificate to one of his casinos. Maybe he’d just play a round of golf with you. No matter what, you’d be feeling classy and luxurious.

With all the wealth inequality caused by Wall Street, how could anyone except the very wealthy afford to give a gift? And the wealthy are bad people, and he’s not a bad person, so he won’t be like them. Also, there are too many choices for gifts these days. That’s too many when children are going hungry.

He’d give you a box of Cuban cigars, but he would present them to you in a box covered with Bible verses.

Old Bay Seasoning. Get it? Because he’s from Maryland and won’t let you forget. Also, money’s really tight right now since everyone is donating to Ms. Clinton or Mr. Sanders.

Cuban rum and a card that explained he chose the gift because his father was a Cuban immigrant bartender.

A Ben Carson scrubs set. And he’ll insist you can wear them for whatever—lounging, sleeping, working out, buying grocery stores—but we both know they’re going to sit in the dresser for a year before taking a trip to Good Will.

A keychain. A rape whistle (for the ladies) or a D.A.R.E. logo (for the fellas). He forgot you were exchanging gifts, but happened to have some of these in the trunk of his car.

He hands you a gift under the table. It’s a radar detector. You look at him to say thanks and he’s holding his finger to his lips, mouthing: “shhh.”

One of those digital-photo printers. It’s techy, and yet still sentimental.

A collection of “Made in Ohio” gifts that include a Wilson football, some Brillo pads and Dum Dum lollipops. They’re all wrapped up in a vintage mail-carrier bag. 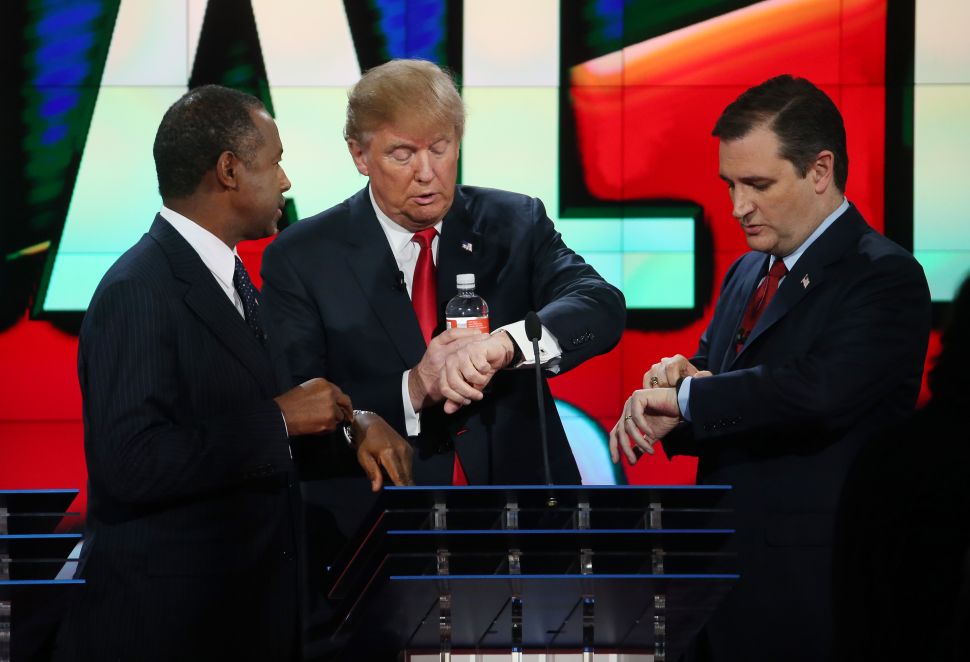