Searching for a class today? You may find some hidden gifts we've left for you! Find a gift, hit "Reserve" and the gift is all yours. #blackfriday

For the fitness fanatics, ClassPass presented the opportunity to try tons of new classes year-round, all while booking from the comfort of their own phones. With 2015 coming to a close, ClassPass compiled their statistics for the year. They found that users are more into boutique classes than ever, often turning to strength training, yoga and cycling (in that order) for their fitness fulfillment.

Over the last year, ClassPass users booked 594,036,380 minutes of class time, or 9,900,606 hours. (That’s a lot of leggings, which explains the athleisure boom.) Unsurprisingly, the most popular season to work out was winter 2015, right after January 1. If you’ve been hustling to classes all year long, prepare for them to overflow with resolution-keepers…for the first few weeks, that is. During the popular winter season, cycling and yoga were the go-to workouts. The most popular workout in spring of 2015 was barre, and in the summer people gravitated towards intensity with strength training workouts.

Jump start your week with #ClassPass! Click the link in our profile for more info.

East Coasters loved their cycling classes day and night, while West Coast members preferred pilates and strength training in the morning. Canada and the U.K. are leading the way with the boxing workout trend, while Australia’s users chose yoga and pilates.

She who leaves a trail of glitter is never forgotten! Sparkle on Yogis!! Happy Friday! See you on the mat! #thisishowwepray #lotuslove

Laughing Lotus, famous for its Glitter Bar, harmonium playing instructors (it looks like an accordion) and restful restorative classes was voted “most eclectic” by New Yorkers. Tuesday was the most popular day to workout for all ClassPass users, no matter where they were. It’s unsurprising, as by Tuesday people are fully recovered from the weekend (hopefully). All CP users specifically search for classes that are both challenging and encouraging, usually going on weekends at 10:00 a.m. and weeknights at 6:30 p.m., which explains why those classes are always so busy.

CP predicts that in 2016 rowing will be the newest fitness fad, since it’s seen the most growth from August to December. If you’re planning your 2016 workouts now, avoid January 13, which was the most heavily attended day in 2015. Feel free to book a private class for January 1 and July 4, the “most restful days,” because you might be the only one in the studio. 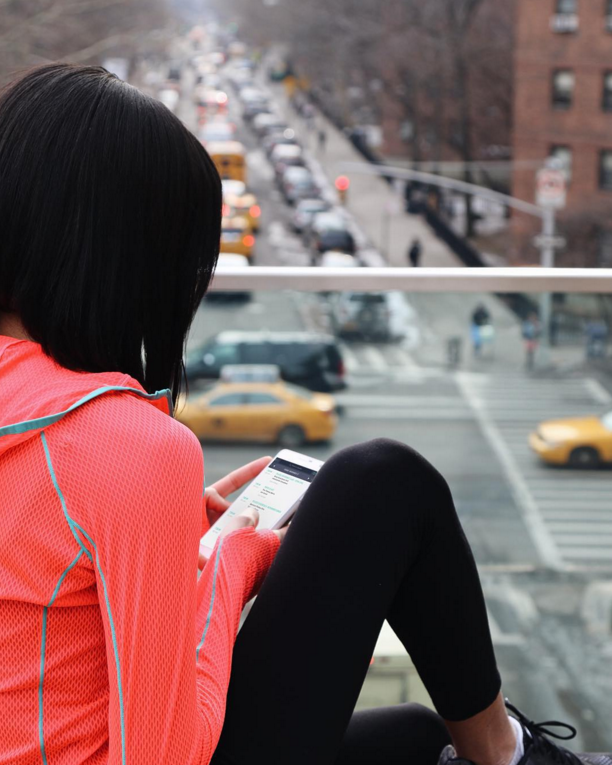