As celebrities, scenesters and pink Champagne unite in a trifecta of capitalism gone awry at Art Basel Miami Beach, it’s easy to forget about the art fair that kinda started it all for the Miami art scene: the austerely titled Art Miami.

Across the way from the white sand of South Beach, in Wynwood, the veteran fair, which is missing both the frenzy and the casino feel of some its rivals, invited its hundred or so galleries to peddle their wares starting on Tuesday night. Attendance has been steady since.

Each of the 20-odd fairs here has a personality and a clientele. Art Miami is favored by the Old Money, the Europeans and the locals.

“It’s the right kind of attitude about buying here,” said Debra Pesci, director of Hollis Taggert Galleries, which is based in Chelsea. “Other places, they don’t want to be seen buying art.” She sold about half a dozen pieces in the first few hours, she said, including a Giacomo Balla and a Franz Kline.

Portuguese contemporary art collector Antonio Cardoso, who does the art fair scene from Dubai to New York, zoomed in to Art Miami, smiled, and bought a wall of works that will go in his home, he said. He also talked the dealer down $25,000, he bragged.

Of course, at these price points, a lot of the relationships are very personal, and Art Miami is helped by the fact that its director, Nick Korniloff, and wife Pamela Cohen, are well-known and well-regarded in the city.

Over the years, the oldest fair has become somewhat of a secondary market swap fest, gallerists and attendees told the Observer. In other words, few paint-isn’t-dry works here. There were a slew of Andy Warhols, of works by Alex Katz and Ed Ruscha; of more recent vintage, there was street art.

“In general, there’s a lot of resale,” said Martha Macks-Kahn, president of Baltimore gallery Goya Contemporary. She said about 40 percent of her business is in the secondary market.

Many of the galleries showing at Art Miami — including New Yorkers Leslie Feely, Flowers, Heller, Rosenfeld, Yossi Milo — said they have come to it year after year, and even tried other fairs and come back. They said sales were strong. Many Europeans were putting things on reserve, Ms. Macks-Kahn said. “The Euro may be weak, but it’s still better than the dollar,” she added.

The most trafficked booth seemed to be Bernice Steinbaum Gallery’s, which had a vibe like a wealthy goth’s teenage bedroom. Taxidermied animals by Enrique Gomez De Molina filled out the space, including a massive ostrich that was a popular feature in selfies. 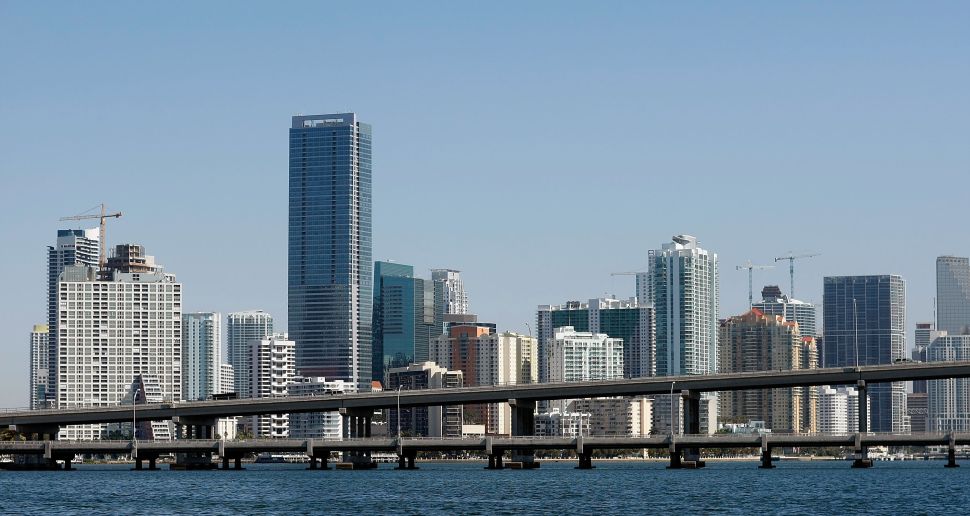