If Officer Jason Van Dyke of the Chicago Police Department gets convicted of first degree murder, it won’t be on the basis of reports by his fellow cops who watched him fire 16 bullets into the twitching body of Laquan McDonald.

Instead, the main “eyewitness” will be a dash-cam video from another patrol car that pulled up just as the cop opened fire on his victim in 2014. There’s nothing quite like a police video to contradict official police statements that Mr. McDonald threatened them with a knife.

On a higher level of our legal ladder, why not use the same technology to look in on the Supreme Court on live television? C-Span already carries live the public business of the Senate and House of Representatives and many of their committees.

Why not show the Court, an unelected group of nine political appointees who decide constitutional questions that affect American life in major ways? Had last week’s hearings been televised, viewers could have seen and heard Justice Antonin Scalia discussing black people.

Citing an amicus brief in an affirmative action case, Mr. Scalia said: “There are those who contend that it does not benefit African-Americans to get them into the University of Texas where they do not do well as opposed to having them go to a less-advanced school, a slower-track school, where they do well.”

Perhaps he was just playing devil’s advocate. But this particular judge has a history of churlish language and a chip on his black-robed shoulder.

Three years ago, when Mr. Scalia was asked about televising Supreme Court proceedings, his answer was a simplistic dodge that Americans would not understand the words and thinking of wise persons like himself and the complexity of their deliberations.

For the sake of argument, let’s assume some viewers would not understand everything the Supreme Court justices discuss with lawyers before them. But that’s a red herring reason to ban TV. At the very least, viewers might gain insight into the judicial temperament (or lack thereof) of judges like Mr. Scalia.

He and his colleagues are taxpayer-paid government employees. People who pay their salaries should be entitled to witness how they perform their duties, especially Mr. Scalia, a remnant of the era of President Ronald Reagan, back when greed was good, as if it ever goes out of style.

Mr. Scalia’s attitude and tone might cause viewers to look up how the impeachment process also applies to Supreme Court justices. At the very least, viewers could reflect on the importance of Presidential appointments and see on their screens the people who rule them.

In George Orwell’s futuristic novel “1984,” a manifestation of the character “Big Brother” was a video screen. The government used it to watch what people were doing. But today’s ubiquity of video shows that this cuts both ways.

When cops mistreat citizens, cell phone video works against them like a gang of “Little Brothers.” Think of the choking death of Eric Garner on Staten Island last year and the 1991 video of the Rodney King beating in Los Angeles. It led to a major riot in 1992 when the police were acquitted despite visual evidence of their brutality.

Long before that, television showed police, some on horses, beating and tear-gassing peaceful marchers in Selma, Alabama, in 1964. The footage helped swing national opinion in favor of the Civil Rights movement.

Four years later came the Democratic National Convention in Chicago (that city, again) when a police riot against anti-war demonstrators created a televised fiasco that helped the Republican Richard Nixon become president in 1968.

Optimists hope miniature “body cameras” on cops will encourage the officers to perform their duties professionally and back up their written accounts. This might reduce tense confrontations—often between white cops and young black men—that sometimes result in death.

As for turning the lenses on the Supreme Court, don’t plan on it. But if Mr. Scalia and his colleagues have nothing to hide, let the American public assess how they do their jobs on our dime. We would watch them the way we watch the cops and then make up our own minds. We would judge. 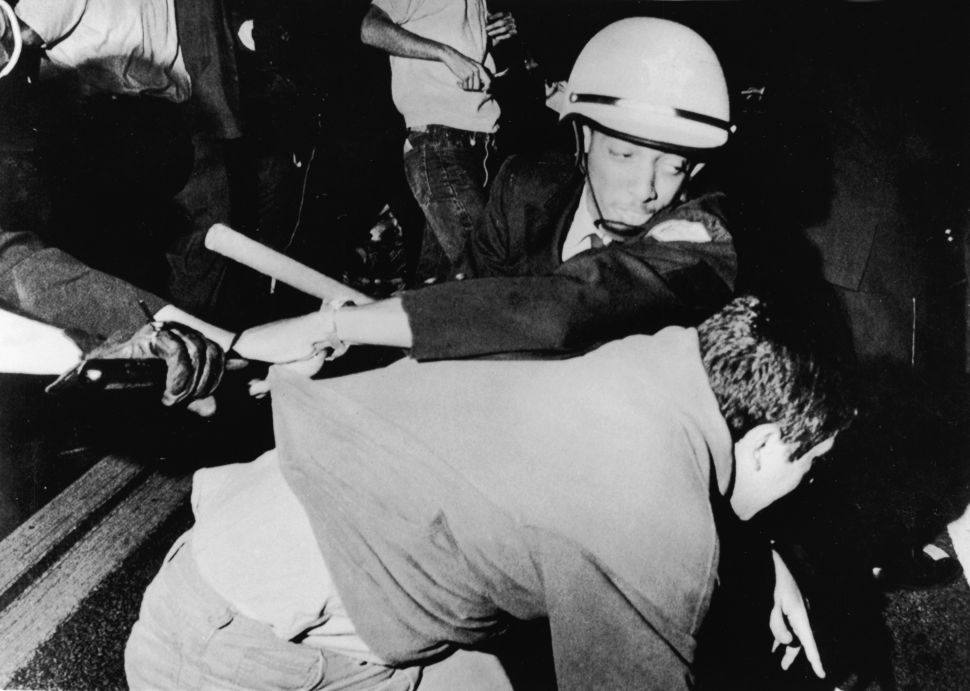