Debbie Wasserman Schultz uses her position as the Democratic National Committee Chair to exert her own biased influence at the expense of the party’s integrity.

Prior to the beginning of the 2016 Democratic presidential primaries, Ms. Wasserman Schultz was already under fire for her abysmal leadership, which contributed to heavy 2014 midterm losses in both the House and Senate for Democrats. In her home state of Florida, she refused to support three Democratic challengers to congressional positions because of her friendships with Republican colleagues. The 2014 losses gave the majority of the House and Senate to the Republican Party, thereby undermining any legislative efforts of the Democratic Party.

The only person who hasn’t called for more debates is Ms. Clinton, who benefits from not being faced with the questions that contributed to her downfall in 2008.

The debate schedule also favors Ms. Clinton in that the debates are strategically timed during low TV rating slots—competing with national football games on Saturday nights—while the Republican debates are scheduled during the week, getting more exposure to the American public. Ms. Wasserman Schultz can’t expect the Democrats to defeat the Republicans in 2016 if the Democratic candidates don’t receive comparable coverage to voters.

Under Ms. Wasserman Schultz’s rule, the DNC is setting itself up for failure in 2016.

Ms. Gabbard would be a stark improvement from lackluster leadership of Ms. Wasserman Schultz, who assumed the position as DNC chair in 2011. Co-founding her own environmental non-profit to protect Hawaii at the age of 19, Ms. Gabbard is one of only two female combat veterans currently serving in the U.S. House of Representatives. She is also the youngest female and the first American Hindu ever elected to Congress. Her record is one Democrats can take pride in, and Ms. Gabbard would provide a fresh, well-liked face going into a key election cycle in 2016.

The Democrats need to fix what isn’t working. Under Ms. Wasserman Schultz’s rule, the DNC has made egregious violations and mistakes, and is setting itself up for failure in 2016. Ms. Wasserman Schultz has driven the finances of the DNC into the ground, getting outraised by the Republican National Committee by $65 million since January 2013. The DNC owes $1.2 million more than it has in the bank, essentially going into the 2016 elections bankrupt.

This summer, the DNC Finance Chairman, Henry R. Munoz III, reportedly helped organize a fundraiser for Ms. Clinton in San Antonio, despite strict DNC rules stipulating all DNC officers remain impartial during the nomination process. No reprimand to Mr. Munoz was given by Ms. Wasserman-Schultz.

If the Democratic Party wants to appear reputable and trustworthy in the upcoming 2016 elections to the American public, they need to get rid of Debbie Wasserman Schultz. 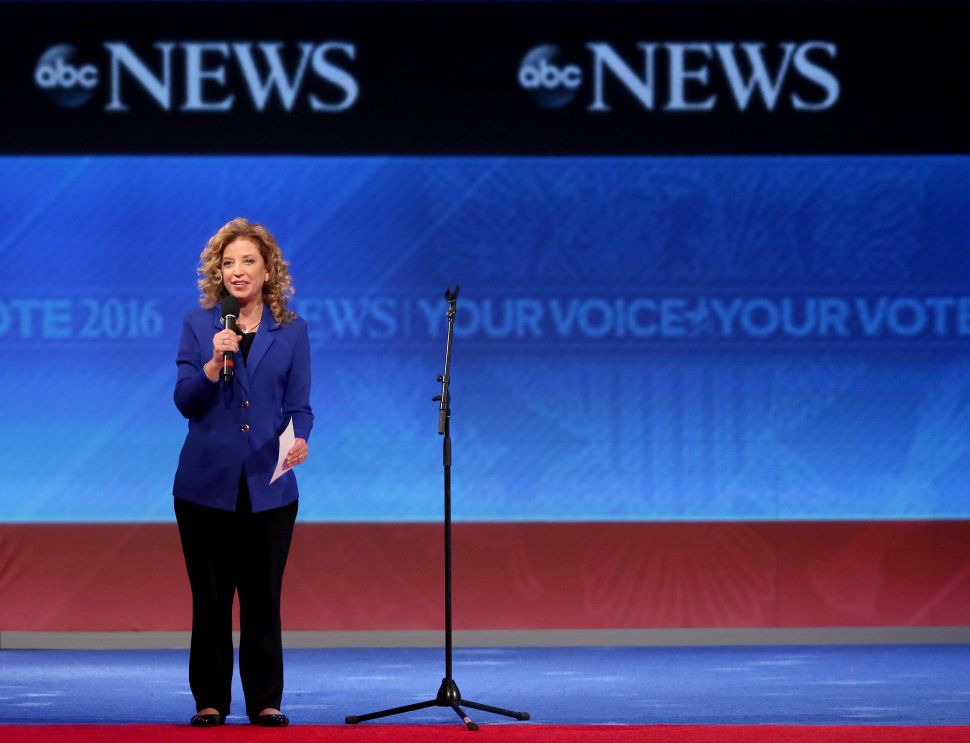