In Germany, Volksverhetzung—which translates literally to “incitement to popular hatred”—is a criminal offense punishable by up to five years in prison. Such laws limiting free speech are often applied to Holocaust deniers, but can also apply to insults on certain ethnicities with terms such as “freeloaders.” The Nazi salute, the swastika and other forms of Third Reich imagery, as well as any symbols of a “political party which has been declared unconstitutional by the Federal Constitutional Court” are banned in Germany and punishable up to three years in prison.

In the United States, many cannot fully understand the need for restrictive laws on images and words. In fact, some Americans take deep pride that our society is stable and secure enough to allow hate speech under the banner of the First Amendment. Even the deplorable Westboro Baptist Church is protected, and the only limits on hate speech in the U.S. involve words that will lead to imminent violence.

Hitler’s manifesto, ‘Mein Kampf,’ will be published in Germany for the first time since WWII.

German laws against incitement are so broad that just recently a German man was found guilty of provoking racial hatred when he removed his shirt to swim in a public pool, revealing a tattoo of the Auschwitz death camp emblazoned on his lower back.

Yet even though Hitler’s Mein Kampf is banned (along with other historical writings from the Nazi party), it was announced that the text will be published in Germany for the first time since World War II. The 70-year copyright on Mein Kampf expires at the end of this year, and a scholarly critical edition with a plethora of annotations and commentary will be released in January.

Is this a good idea?

In Germany today there are approximately twelve major neo-Nazi organizations. A 2012 report showed there were around 26,000 right wing extremists in the German state and 6,000 neo-Nazis. Furthermore, trends have indicated that with the recent influx of migrants from the Middle East, support for right wing movements has been swelling across the continent.

A recent Ynet article profiled the Jews of Vienna, Austria, whose community is a prime example of what Jews in Europe are facing. The article explains how the open door policy for thousands of Muslim refugees who have chosen to settle in Austria has led to major gains by the right wing Freedom Party. The party, known for its neo-Nazi ties, won 30 percent of the vote and came very close to winning the election for mayor of Vienna. As a result, the Jewish community finds itself between a rock and a hard place—the far right-wing rise on the one hand and radical Islamic anti-Semitism on the other. As the head of the Jewish community, Oscar Deutsch, explained, “The Jewish community has risen up to help the refugees. It’s a Jewish tradition. But it’s important to know that many of them grew up with anti-Semitism and Jew hatred, which have been indoctrinated to them through the schools and the media.”

Many European Islamic anti-Semitic protests make use of swastikas, references to Hitler and other Nazi imagery.

With this in mind, why is Germany allowing the republication of Mein Kampf?

Anyone publishing or selling the original version of ‘Mein Kampf’ will face imprisonment under Germany’s laws.

One explanation can be found in the words of my mentor, Elie Wiesel, who lived through the horrors of the Holocaust. He once stated, “Education in the key to preventing the cycle of violence and hatred that marred the 20th century from repeating itself in the 21st century.”

Applying this wisdom, we can conclude that banning a book can be much less effective than simply letting people read it. By completely censoring Mein Kampf in Germany, the masses are denied an opportunity to be educated as to why the ideas therein are so evil and should be avoided at all costs.

Furthermore, in this digital age, anyone who is somewhat curious in this undeniable part of German history can easily find the book online, many times on websites promoting radicalism and hatred. When the German people read a critical edition of Mein Kampf breaking down all the lies and flaws in Hitler’s teachings, many will actually be saved from gravitating toward neo-Nazi movements. These ideologies are combated most effectively through education, and the current head of the German Teacher’s Association, Josef Kraus, has come out in favor of teaching this critical edition in Germany’s schools.

It must be emphasized that anyone publishing or selling the original version of Mein Kampf will still face imprisonment under German law. It’s also important to note that—somewhat surprisingly—as Germany is becoming more open to confronting it’s past, a recent poll showed 51 percent of Germans are against any laws limiting the publishing of the work.

In contrast, The Council of Jews in Germany have come out against publishing an unedited version of the text—and who can blame them? After all, Jews residing in Germany live with a constant reminder of the Holocaust and how dangerous hate speech can be. Nonetheless, the Jewish council’s president has stated that there is no objection to publishing this critical edition for education purposes.

The lesson here has wider implications for us all. When we try to ban certain forms of ideology or speech because they make us feel uncomfortable, we only exacerbate the problem. Societal justice and personal growth come about through the shining of light into darkness. Evil thrives in shadows—a place where its wicked and twisted beliefs are obscured and made to look appealing. Only when faced head on and brought into the light will evil be eliminated. We must encourage open dialogue and not allow the free exchange of ideas and speech to be suppressed out of fear. Truth and courage are the only reliable paths to purging the darkness plaguing our world.

Shmuley Boteach is the international best-selling author of 30 books, winner of The London Times Preacher of the Year Competition and recipient of the American Jewish Press Association’s Highest Award for Excellence in Commentary. He will shortly publish The Israel Warrior’s Handbook. 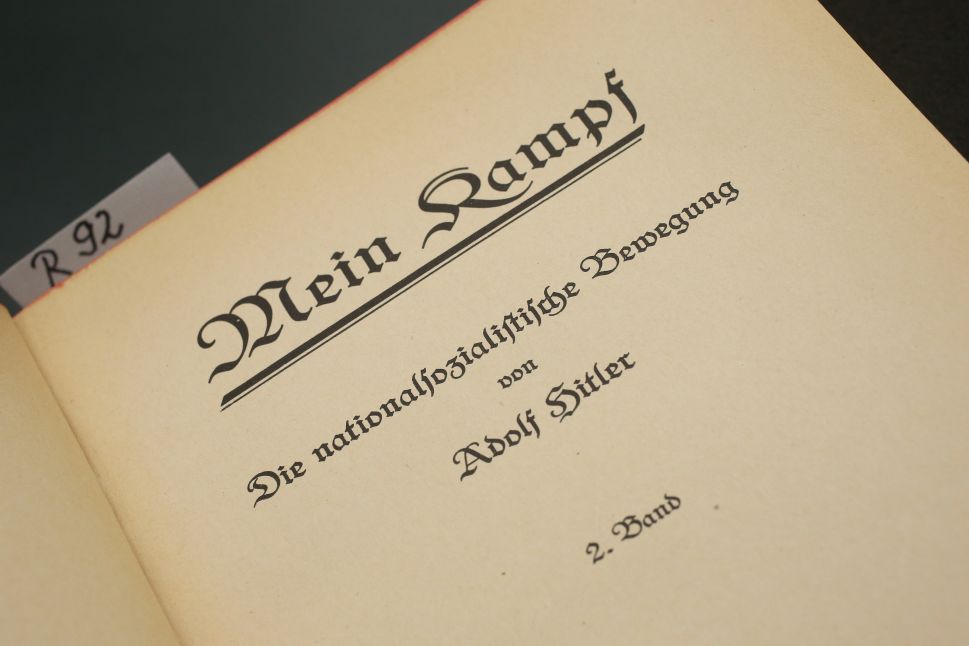