When ex-Gawker staff writer Dayna Evans went public at Medium with concerns about the way that women employees are treated at her former company, her story seemed sadly familiar to too many working women, and not just those in media. Twitter was flooded with comments from women who had experienced subtle but powerful sexism in their careers, much of it falling along the lines that Ms. Evans describes: male colleagues who are supportive of gender equality in the workplace in general but who fail to see specific incidents as examples of sexism, a lack of transparency that hinders efforts to establish pay equity, a tendency for women to get sorted into thankless middle management positions, and a lack of mentorship for younger female staffers in comparison to their male counterparts.

The sexism Ms. Evans describes is “soft”—not obviously sexist, but functionally unequal, not so much active exclusion or unwanted sexual advance but a quietly undermining difference in conditions for men and women. That very softness makes it more difficult to identify and correct than old-fashioned workplace sexism.

In so many contexts, racial and gender inequalities are still discussed in individual, emotional, and social terms, rather than in material and structural terms, and the result has been a failure to recognize both the depth of the problem and potential solutions.

To be clear, the modern workplace is still grimy with old-fashioned sexism and harassment. But as we attempt to improve upon the limited progress we’ve made in the workplace, addressing the kind of implicit biases and inequalities that Ms. Evans discusses will be essential.

The question is: Why have these conditions persisted, even at a company filled with progressives, and in a New York media scene that should be one of the most feminist workplace contexts imaginable? As in so many other things, I suspect that the reason is a lack of structural thinking in addressing the problem. In so many contexts, racial and gender inequalities are still discussed in individual, emotional, and social terms, rather than in material and structural terms, and the result has been a failure to recognize both the depth of the problem and potential solutions. Testimonials like that written by Ms. Evans are an important part of recognizing the structural nature of institutionalized sexism.

Workplace politics are particularly susceptible to the contemporary tendency to individualize political conflict. Such politics play out every day in real time, and they are inherently bound up with the interpersonal relationships that are part of the working world. It can be difficult for individuals to know when a particular interaction ceases to be a matter of personal friction and becomes a matter of workplace sexism. Worse, it’s always easy for people in authority to dismiss such claims under the aegis of interpersonal difficulties. Look at the case of Ellen Pao, whose unsuccessful sex discrimination lawsuit was represented by former employer, venture capital firm Kleiner, Perkins, Caufield and Byers, as a mere conflict in sensibilities. This is part of what makes Ms. Evans’ piece brave: in any given case of perceived gender inequality in the workplace, it’s usually safest for a woman employee simply to say nothing, given the way plausible deniability is baked into these conversations.

But sexism is endemic to working life for women. In particular, sexism makes it more difficult for women once they are already embedded in particular companies; that is, we’ve made real progress in getting women through the doors, but it remains remarkably difficult for women to advance once they’ve been hired. As woman have taken a commanding lead in higher education, they find increasing opportunities at the entry level. But in so many contexts, the glass ceiling endures. Crucial to understanding this problem is the fact that sexism can persist in offices in which no individual man seeks to actively discriminate against women. This is because sexism, like racism, is not a problem of mind, or of personality, or of language, or of attitude. Sexism is a structural facet of human society. It’s baked into our institutions; it’s part of the basic architecture of our systems. Under those conditions, it’s no wonder that progressive and well-intentioned colleagues can in fact perpetuate gender inequality.

What would a structural response to inequality of the type Ms. Evans describes amount to? To begin with, it would have to entail more than simply shuffling in new and improved managers. Obviously, if a person in authority in a business demonstrates that he (or she) is unable or unwilling to treat women employees equally, that person has to go. But we can’t fall for the seductive thinking that replacing a few managers is sufficient to solve these problems. Ideally, what’s needed is robust workplace equality legislation, which would give individual women greater ability to pursue legal complaints against current or former employers. Given current political realities, such legislation is unlikely in the short-term, though we should pursue it as an explicit and central goal.

More immediately, individual workplaces can address these issues from a structural standpoint, in two ways: by establishing specific hiring and advancement goals for women candidates, and by setting a policy of transparency for salaries, to make pay inequality more plain. Americans, even progressive Americans, are often hesitant to discuss explicit quotas as means of solving traditional injustice. This hesitancy is a mistake: quotas work. Establishing set, specific goals of how many women to hire, and, crucially, to advance would result in real, material progress for solving workplace sexism of the soft variety.

Ms. Evans specifically mentions the way in which female staffers at Gawker often seemed relegated to middle management positions or “grunt work” as writers. I hasten to point out again that these issues reflect industry-wide problems for women in media, not just for Gawker writers.

Again, when asked about these issues, I have no doubt that male managers in the media would champion the importance of putting women in roles of real authority and prominence. But the realities of gender and ingrained sexism make it hard for even well meaning men to notice these issues. Making gender parity a concrete goal, and giving that effort teeth, will both help women overcome unconscious bias and put them in the kinds of positions where they can help other women climb over these barriers as well. Likewise, creating a norm of salary transparency, while potentially uncomfortable initially, will help make it obvious to everyone if problems of gender inequality are present in a given organization. And the standard responses about experience, seniority and happenstance are much less likely to carry  if they are being used to excuse company-wide pay gaps, rather than the smaller-scale discrepancies that are identified only when individuals choose to divulge their salaries.

These reforms share one key benefit: we know when we have accomplished them. Seeking real gender parity in both overall hiring and in leadership positions is a goal that can be definitively accomplished.

Women can see if their places of business are places of equality simply by checking the numbers. Similarly, salary transparency makes it easy for everyone in a firm to know if they are making significantly less than their male counterparts. There is no similar ability to tell when managers are granting equal respect, attention or mentorship. We can’t stick “respect values” into a spreadsheet and see whether it’s being distributed equally. We need to insist on a structural analysis of structural problems.

More than anything, I want to make this clear: good dudes in positions of leadership are not enough. If they were, these problems would have been solved a long time ago. Ms. Evans initially intended to publish
her piece on Gawker, but executive editor John Cook ultimately killed the piece. He explained his reasoning in a long email. Mr. Cook himself notes that gender inequality remains a challenge both at Gawker and in media in general. Yet his (no doubt genuine) desire to help solve this problem, and his position in the company, clearly were not sufficient to actually create meaningful change.

Gawker managing editor Alex Pareene, who argued to publish Ms. Evans’ essay, enjoys an almost universal reputation for integrity. He swiftly addressed Ms. Evans’ piece, pledging to do “everything in my power to make sure that Gawker is an equitable and fair workplace.” That’s admirable and encouraging, but Mr. Pareene would be the first to tell you that it’s insufficient. We can’t expect personal integrity and male feminism to solve workplace gender inequality. Sexism is a system of oppression, and it can only be addressed with a systematic response. 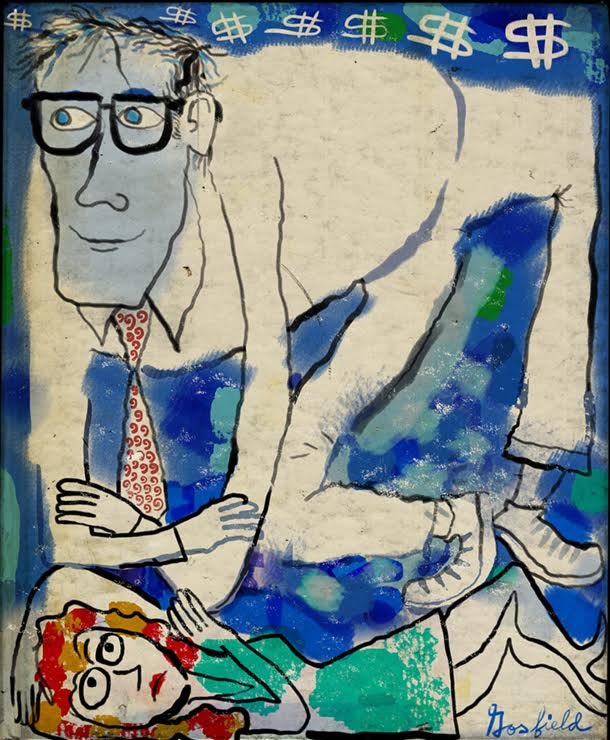