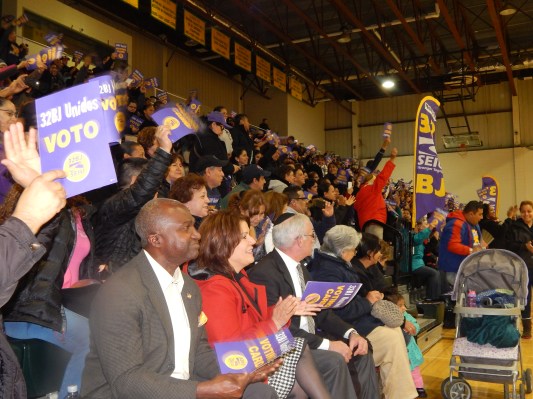 Yesterday saw two major procedural wins for Caputo, Sarlo and other Bergen sponsors as the Assembly and Senate committees passed rival proposals for casino expansion into North Jersey. The slew of Bergen delegates are backing the Assembly bill’s 35% cut to Atlantic City, which is proving a tough nut to crack as Sweeney struggles to reach a compromise between that figure and his Senate bill’s 49% apportionment to AC.

The union representing janitorial workers and the New Jersey Contractors Association scored a win this week with a massive rally at Essex County Community College and a bump in pay from $10-13 and hour to $15. The settlement marked the end of a well-coordinated series of rallies and phone drives, with the agreement reached well in advance of the December 31st deadline.

Schepisi was the Republican caucus’ most outspoken advocate this week, decrying the lack of transparency from Democrats on a new redistricting bill during Thursday’s Assembly Judiciary hearing. Schepisi said that a draft of the bill was not made available until Tuesday of this week and disparaged the Democrats for trying to slip a drastic constitutional measure into a crowded committee agenda.

Schepisi’s objections notwithstanding, that bill’s passage through committee was a major coup for sponsor John McKeon. Many insiders have described the bill, which would change redistricting to reflect polling and mandate that ten of the state’s 40 districts be competitive, as an inspired bid to ensure favorable districting for Democrats under the guise of competition.

The Monmouth Dems, confident of their chances after this year’s LD11 upset, nominated war hero and Marlboro Township Councilman Jeff Cantor for sheriff against Republican incumbent Shaun Golden, who is also being considered for the Monmouth County Republican party chairmanship.

Ousted Burlington County freeholder and one-time Tom MacArthur opponent Aimee Belgard secured a seat on the state Superior Court on Thursday, taking her out of any future races but cementing her place as a stalwart South Jersey political figure.

The Senate passed a bill to redefine the standards for ‘low-intensity’ development Thursday in a move that environmental groups say endangers New Jersey’s continuously shrinking Pinelands reserve. Saying that the bill creates a “dangerous precedent,” the New Jersey Sierra Club’s Jeff Tittel said the expansion beyond recreational uses “can be used to undo not only Pinelands protections, but can add to more pollution.”

Heard unwittingly announced his intention to “ruin for congress” [sic] on his Twitter feed in a tweet intended as a direct message to another user. The full tweet includes Heard’s cell phone number and reads: “Love to chat with you…..I announce my campaign to ruin for Congress here in NJ and would like to council chat.”

Sanders’ campaign, which had been seeing gains in support from New Jersey progressive groups like NJ Working Families and had just come off a $2 million fundraising windfall without the aid of super PACs, received a serious blow today when the DNC revoked his campaign’s access to voter databanks following a breach in which staffers were able to access confidential information from Hillary Clinton’s camp.

Though Chris Brown distinguished himself as an adversary for the North Jersey casino amendment during his committee tussle with Ralph Caputo during this week’s Assembly Judiciary Committee hearing, Atlantic City’s pols have had to sit back and watch as Sweeney tries to secure them a better deal. The casinos’ future may still be in doubt with polls showing less than 40% approval from the electorate, but the referendum’s path through the legislature is looking more and more like an inevitability. 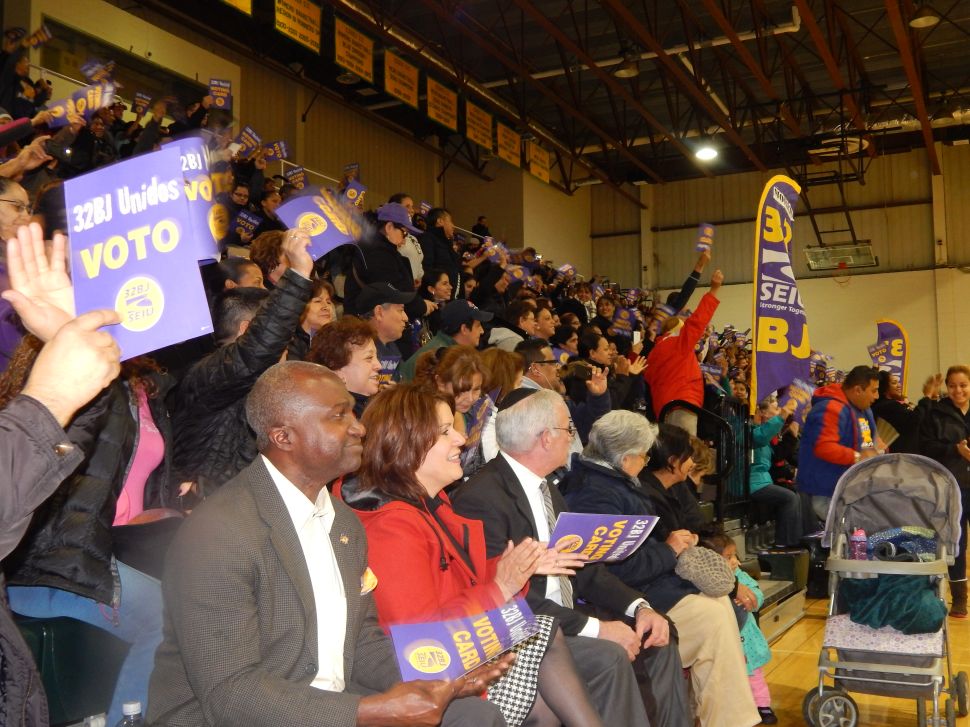