TRENTON – State Assembly members heard testimony Wednesday on Horizon’s Omnia Alliance and its controversial tiered healthcare plans, which are facing legal challenges from an eleven-member coalition of hospitals who say they are being strong-armed into an unfavorable deal with Horizon Blue Cross. The mayors of Trenton and Elizabeth criticized the provider at the joint hearing of the Assembly Health and Services and Regulatory Oversight Committees.

Critics say hospitals that did not agree to reimbursement rates favorable to Horizon in exchange for higher patient volume have been forced to charge high rates to disadvantaged customers as second-tier institutions, setting the stage for a drop in revenue that could have its own reverberations on inner-city areas as those hospitals decline or fail. Proponents cite a need for drastic cost reductions in New Jersey, and say Horizon is merely executing a strategy that many smaller providers have already put in place. Horizon insures nearly 50% of patients across New Jersey.

Representatives of Horizon and the acting DOBI were not present at Wednesday’s hearing.

Jackson and Bollwage said that the new Omnia plans have already placed an undue burden on poor and inner-city communities.

“What damage has been done in the meantime?” asked Jackson. “Not only to the institutions, but how many lives have been impacted by individuals who not only have a $4,500 deductible but find out when they get to a tier two physician, or hospital, that their copays are more than double what they saw on that sheet?”

Jackson said that he was there in the interest of defending Trenton’s charity, faith-based and non-profit hospitals from unfavorable public perceptions as well as new fiscal challenges.

“We are a tier-one city all the way around,” he said.

“Healthcare hospitals are the economic engines for your communities, and sometimes even the largest employers next to the cities,” said Shavonda Sumter (D-35), of Paterson, thanking the mayors for bringing the economic impact of the tiered networks into the discussion.

Saying that the new plans were “designed to shift market share from disfavored tier-two hospitals to favored tier-one hospitals in a non-transparent and secretive manner,” former Department of Banking and Insurance Commissioner and attorney Steven Goldman painted the approval process from the New Jersey DOBI as too hasty.

“No input was sought from any of the tier-two hospitals that I represent,” Goldman said, adding that a thorough review would have taken months and not the two weeks Horizon waited before it received approval.

Health and Senior Services Chair Herb Conaway (D-7) agreed with the mayors’ testimony that many patients in low-income areas with a low density of tier-one hospitals would have to travel over an hour for care.

“It doesn’t really fully appreciate the transportation challenges that many people have,” said Conaway. “And we’re going to have to address that in regulations.”

Regulatory Oversight Chair Reed Gusciora (D-15) criticized the marketing push for the Omnia plans as obfuscating the cost and failing to address access, saying of Horizon’s materials “It doesn’t say ‘oh by the way, if you live in Trenton or Elizabeth don’t bother with these plans.” 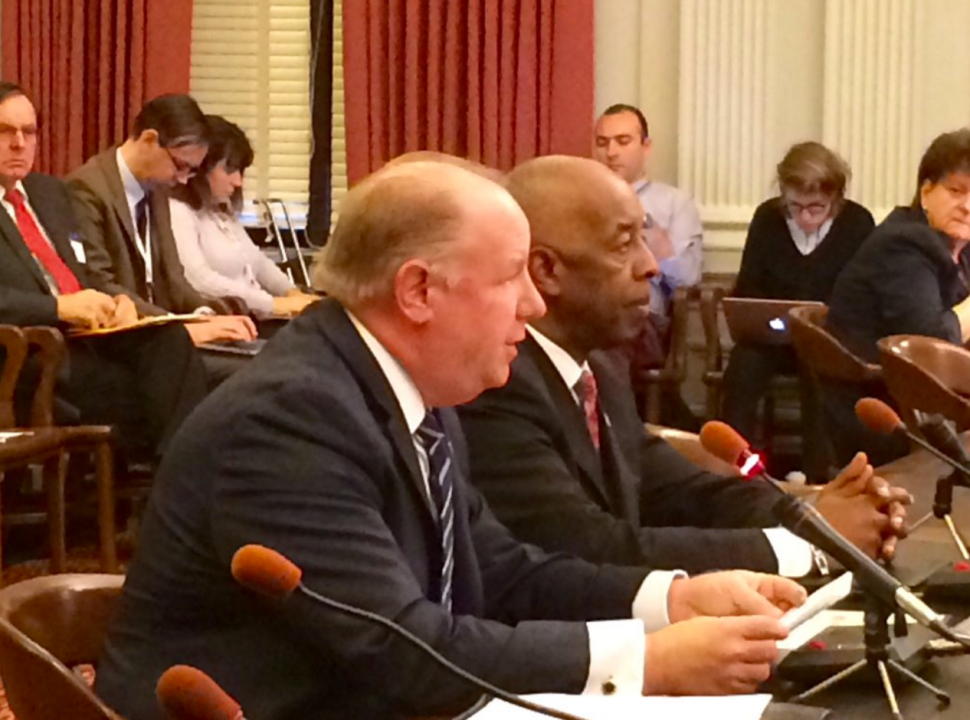