TRENTON – Over the objections of Republican members and with the reservations of several Senate Democrats, a bill to change New Jersey’s redistricting process passed the Senate Judiciary Committee Monday. The bill would introduce a constitutional amendment to make redistricting occur based on averaged polling data from statewide elections, rather than by population changes recorded during the national census.

Though the bill would mandate that 10 of New Jersey’s districts be competitive at all times, critics say it would favor Democrats and permanently tip the scales in their favor.

Senate Republican Leader Tom Kean (R-21) reiterated objections first raised by Assemblywoman Holly Schepisi (R-39) during the Assembly’s hearing on the bill last week, saying that the Democratic sponsors had rushed the bill into committee without adequate notice and with a view to force it through with two two-thirds votes rather than one three-fifths vote before the end of lame duck.

“There was never any intent by the majority party to include individuals of a different political affiliation within this context, whether it’s within the legislation or functionally in the legislative process,” said Kean. “They don’t even want to use everybody in their caucus by using two single-year efforts to go through this process.”

With the Supreme Court’s decision pending in Evenwel v. Abbott, a case that will determine national precedent on redistricting and the question of whether to apportion based on eligible voters or actual voters, Senator Nia Gill (D-34) voted yes but said she believes the legislature should remember an unexpected ruling could kill the bill in the .

“That undermines our redistricting efforts,” she said. “Everything else is predicated on this.”

Senator Ronald Rice (D-28) testified as a witness before the committee, offering his view that the proposed changes, which would bar legislators from membership on the legislative apportionment committee and effectively remove them from the districting process, could have the opposite effect of decreasing competition. Under the proposed guidelines, the state chairmen of both parties would make more appointments to the committee than legislative leadership.

“At any given time, the main political bosses will point and make sure that the speaker and the president have been elected, the ones they want, that’s the way the process works. And in turn, they will give the political bosses the non-public committee members they want,” said Rice.

Senator Kip Bateman (R-16) offered that in his home district, in Somerset County, he sees the effects of a broken and biased redistricting system firsthand.

“Unless you’re in the room, unless you’re at the table, you’re probably most likely going to be screwed,” he said, adding that he agreed with Kean about the bill’s sudden appearance on the agenda.

“We should be vetting this for months and weeks,” said Bateman. “To rush this thing through four days before Christmas when no one’s had the chance to really vet it and we just got the information, you know, the public doesn’t really know about it.”

Though a ‘yes’ vote on the bill, Senator Bob Smith (D-17) was quick with a rejoinder for Bateman.

“You do understand that the district you have is the district that the advocates for competitive districts want,” he asked. “Be careful what you wish for.” 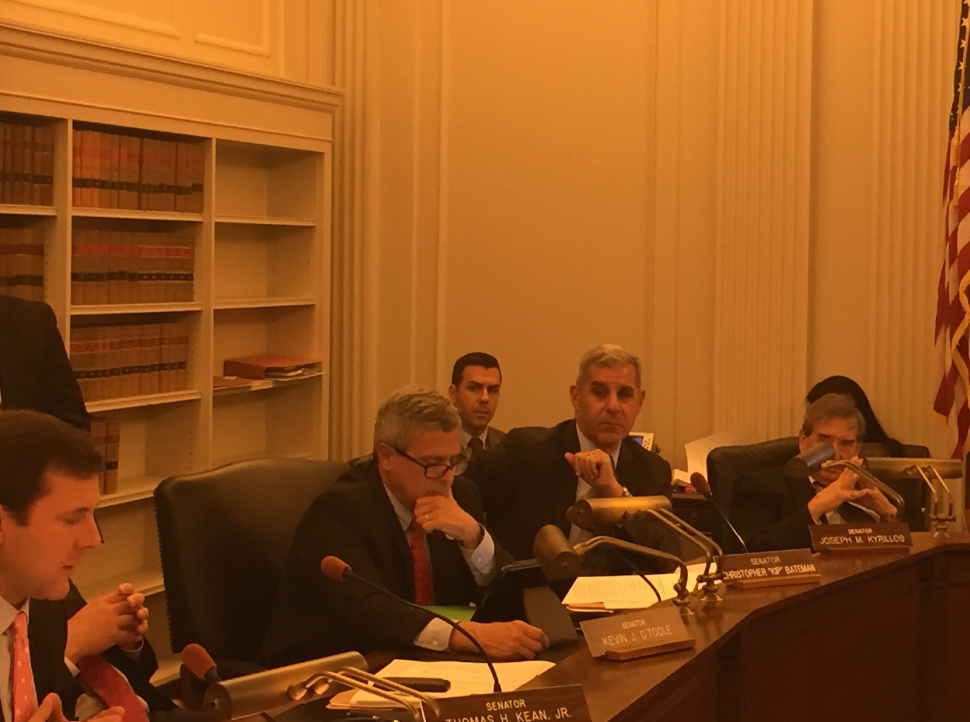