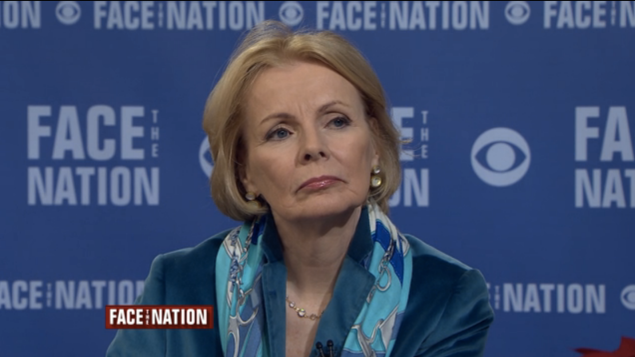 By serving as a speech writer for President Ronald Reagan, Peggy Noonan earned permanent street cred among many Republicans and conservatives. So when she warns the right wing about its bellicose tone in the presidential race, it might be wise to pay attention.

Speaking on CBS’s Face the Nation on Sunday, Ms. Noonan said Republican candidates may be inflicting damage on the party during their many debates and campaign rallies.

“The cumulative effect of this sort of harshness and even unlovingness of their rhetoric on immigration is going to, in the end, hurt them,” Ms. Noonan told host John Dickerson. “The sort of severity and drama of their language on ISIS makes them look”—(dramatic pause)—“radical.”

She warned of “this harsh, severe, over-the-top rhetoric” she is hearing from her party.

Perhaps she was referring to Senator Ted Cruz of Texas, who urged “carpet-bombing” of cities in Syria and Iraq currently held by ISIS, the terrorist group which has claimed an Islamic State over parts of those war-torn nations.

‘Not since World War II have we seen a candidate feel so warmly about a Russian leader.’

Referring to the terrain of the Middle East, Mr. Cruz said we would see if sand will glow in the aftermath of bombardment.

The ramped-up rhetoric is, in part, an effort to match the aggressive words of Republican front-runner Donald Trump, who has urged at least a temporary ban on Muslims visiting the United States.

“Receiving praise from a former KGB official who is the despot running an adversarial country, Russia, and Trump’s sanguine approach to this, actually his pleasure, seems without precedent,” Mr. Goldberg said.

The hard-core party base, Mr. Goldberg suggested, might say “Hmmmm. Maybe this guy is off his rocker.” Instead, he said, “we’re just gliding past this crossed line.”

“Not since World War II have we seen a candidate feel so warmly about a Russian leader,” Mr. Goldberg said.

Mr. Trump didn’t call CBS Sunday. His telephone interviews were with only Chuck Todd on NBC’s Meet the Press and with George Stephanopoulos on ABC’s This Week.

Later on the same show, Democratic candidate Bernie Sanders, a senator from Vermont, referred to Mr. Trump’s repeated claims that Muslims in Jersey City celebrated the 9-11 attacks and that he saw them cheering on television. No record of this has yet been found.

“I think you have a pathological liar there, I really do,” Mr. Sanders said of Mr. Trump. “Much of what he says are lies or gross distortions of reality.”

Mr. Sanders said Mr. Trump is “playing on the fears and anxieties of the American people” and that “this is what demagogues all over the world historically have done.”

Mr. Trump’s candidacy is the best thing that could happen to Hillary Clinton, the Democratic front-runner, according to Republican candidate Carly Fiorina, who spoke to Chris Wallace on Fox News Sunday.

On Face the Nation, Mr. Dickerson showed highlights of a Muslim focus group that included an unidentified woman wearing a white head scarf. She said she would not let her children watch Republican debates.

“I don’t want my children to be subjected to racism and the vilification of their faith,” the woman said.

When pollster Frank Luntz asked each member of the focus group to use a word or a phrase to sum up Mr. Trump, the answers included “bigoted.” “psychopath” and “a blessing in disguise for us.”

On Meet the Press, Mr. Trump continued his attacks on Jeb Bush, the former Florida governor.

“He’s an embarrassment to the Bush family,” Mr. Trump told Mr. Todd. “In fact, he doesn’t even want to use the Bush name, which is interesting.”

Mr. Bush, in a rally on Saturday, called Mr. Trump “a jerk.” In his conversation with Mr. Todd, Mr. Trump was asked why he is so comfortable praising Mr. Putin.

“I’m not, I didn’t praise him, he praised me,” Mr. Trump responded. “He called me brilliant… he is a strong leader. What am I going to say, he’s a weak leader? He’s making mincemeat out of our president… He (Mr. Putin) has got an 80 per cent approval rating.”

On ABC, Mr. Trump responded to allegations that Mr. Putin has killed journalists, among other people.

“Has anyone proven that he’s killed reporters?” Mr. Trump asked.

In a recorded interview on Fox’s Media Buzz, Mr. Trump complained to host Howard Kurtz of journalists who pick on him.

Referring to Fox commentator Charles Krauthammer, Mr. Trump said “He’s so angry. You can see he’s crazed.” Of Fox’s George Will, Mr. Trump said “George Will is crazed. Mention the name ‘Trump,’ he starts to shake.” And of Fox’s Stephen Hayes, Mr. Trump said: “This poor guy. They mention ‘Trump’ and he comes like a shaky monster.”

In that many a truth is spoken in jest, the most entertaining political commentary of the weekend came from Saturday Night Live on NBC, which spoofed the most recent Republican debate.

Bobby Moynihan, the actor playing the role of New Jersey governor Chris Christie, said he wanted to make “a series of fear-mongering statements” about how to keep America safe from terrorists.

“We are under attack and we’re all going to die!” his Christie character said. “Mothers are putting their kids on busses and these busses are being driven off cliffs by terrorists! Today, in our great country, one of every three babies born are already in ISIS! They are here, folks, and I’m the only one up here with the stones to take them on. I am a cowboy. On a steel horse I ride. Bon Jovi forever!” 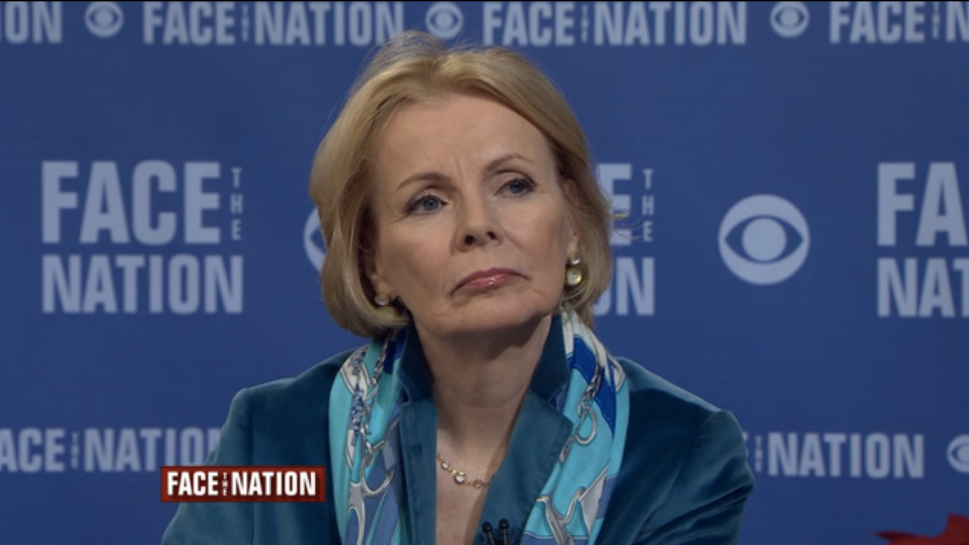