Nearly a year ago today, I wrote a post inventorying the forebears to what I believe has become the dominant trend of consumer computing apps in 2016, a trend that I dubbed Conversational Commerce and have tracked with the hashtag #ConvComm.

This trend best came to life in 2015 with Uber’s integration into Facebook Messenger:

And now we have data from Business Insider showing that messaging apps have eclipsed social networks in monthly actives: 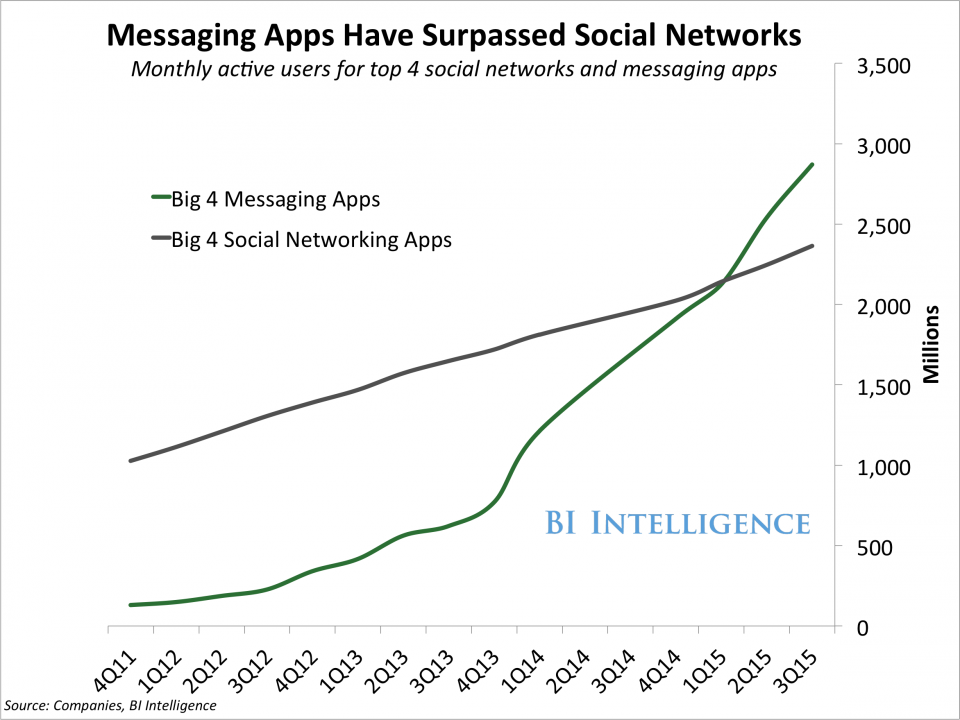 And last week, WhatsApp (owned by Facebook) took the unanticipated (but easily expected) step of removing its $1 annual fee to go completely free in anticipation of a conversational commerce future:

Starting this year, we will test tools that allow you to use WhatsApp to communicate with businesses and organizations that you want to hear from. That could mean communicating with your bank about whether a recent transaction was fraudulent, or with an airline about a delayed flight. We all get these messages elsewhere today — through text messages and phone calls — so we want to test new tools to make this easier to do on WhatsApp, while still giving you an experience without third-party ads and spam.

The tech press seemed to grok the significance of this move (considering their coverage) in spite of historically underrating WhatsApp, even with its ~900M users.

On the very same day, sam lessin posted his thoughts about the winners and losers in the coming “bot” market, concluding that conversational experiences represent “…a fundamental shift that is going to change the types of applications that get developed and the style of service development in the valley, again.”

I agree, and so that’s why I’m ready to call it:

2016 will be the year of conversational commerce

I’ve surveyed the landscape collecting startups and apps that fit into this paradigm, talked with the press, observed how marketers, branding agencies, platform makers, and VCs have come to the same conclusion, I thought I’d jot down a few observations to consider as we plunge headlong into this brave new world.

Before I begin, I want to clarify that conversational commerce (as I see it) largely pertains to utilizing chat, messaging, or other natural language interfaces (i.e. voice) to interact with people, brands, or services and bots that heretofore have had no real place in the bidirectional, asynchronous messaging context. The net result is that you and I will be talking to brands and companies over Facebook Messenger, WhatsApp, Telegram, Slack, and elsewhere before year’s end, and will find it normal. Indeed, there are several examples of this phenomenon already, but those examples are few and far between, and fit in a Product Hunt collection rather than demand an entire App Store (wait for it).

Additionally, I’m less interested in whether a conversational service is provided by a human, bot, or some combination thereof. If I use these terms interchangeably, it’s not unintentional. It’s just that over an increasing period of time, computer-driven bots will become more human-feeling, to the point where the user can’t detect the difference, and will interact with either human agent or computer bot in roughly the same interaction paradigm.

One of the biggest challenges of this paradigm is the discovery of new conversational services.

Should messaging incumbents each provide their own conventional app store, where users can browse recommended partners, a la Snapchat Discover or Slack’s App Directory? And should these conversational services rely exclusively on distribution from popular messaging apps? 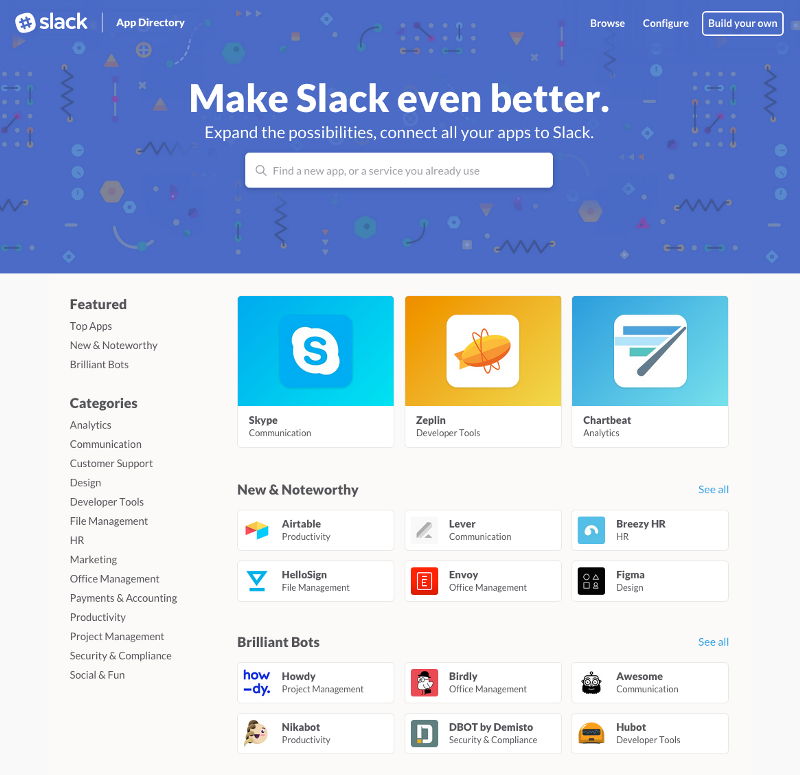 …or should these services be accessed in-context through data detectors or through a dedicated expansion interface, as in Facebook Messenger?

Or should bots surface organically — i.e. when a friend mentions a bot by name, or invites a bot to join you in a separate thread? This would be more natural, but would require many “patient zeroes” to have original knowledge of the relevant bots in the right moments.

This question of discovery is unsolved, and will remain a looming question for the rest of the Messenger-class apps out there. I expect to see more approaches presented at F8, if only because the Messenger Platform was announced last year, and there’s been little announced since then.

The fight to own the conversational command line

Discovery of discreet conversational services becomes less of an issue if users are slowly trained to think and type more like programmers. That is, the more that users get frustrated expressing themselves in complete sentences, and the more technically sophisticated they become, the more likely they are to warm to the efficiencies of the command line.

So whether you take Sarah Guo’s position on the Revenge of Clippy, or Partyline’s assertion that “the future is one simple interface”, which looks less like this: 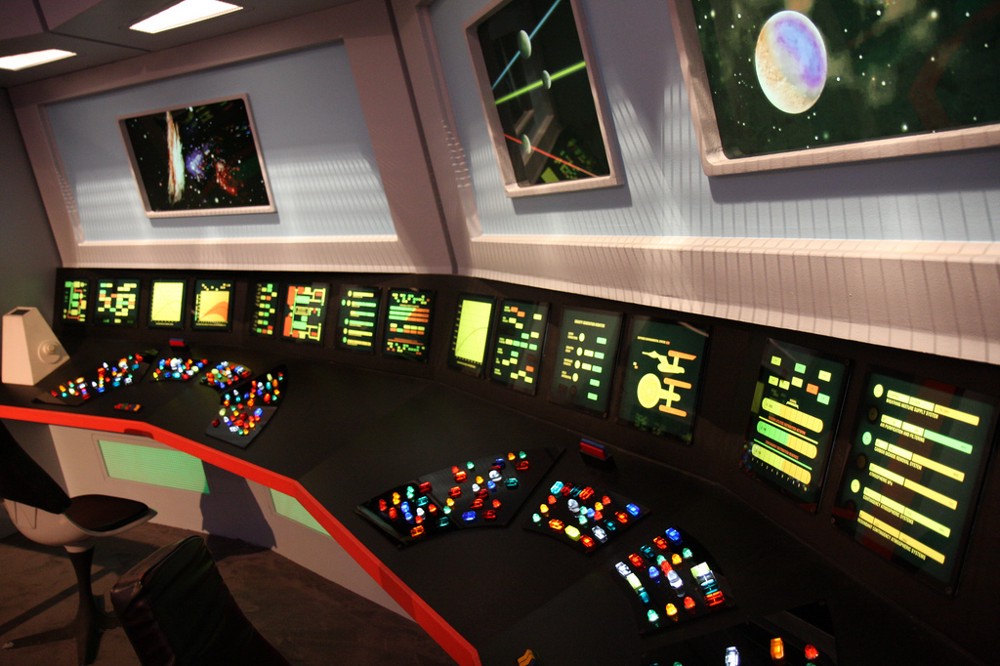 The net conclusion is that people will learn to type commands into messaging apps in the future, hinting at the importance of Slack’s standardization of Slash Commands or Mixmax’s effort to bring slash commands to email, and why innovative solutions like Peach’s Magic Wordsare battling to provide the most utility to users with the least effort and the least complexity: 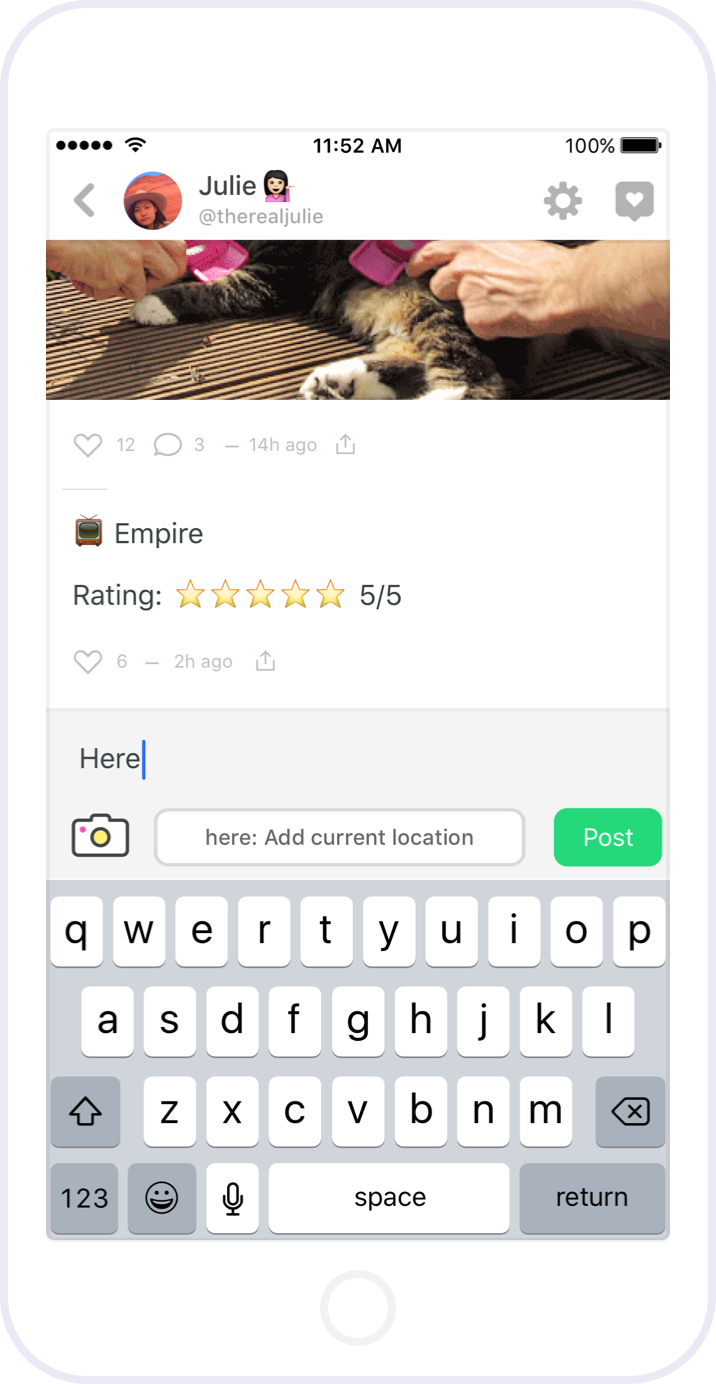 With iCloud, we finally got a taste of what cross-device computing should be like (of course, it took several tries). Facebook Messenger and Slack feel like the next iteration beyond iMessage though — instantly and continuously synced to the most recent changes from the cloud. I weave between their desktop and mobile apps without losing a beat, or context. My conversations automatically rearrange themselves according to my behavior, and the bots that I was talking to on desktop are right there when I pick up on mobile.Nothing to install, nothing to configure—just flow.

Conversational apps are therefore organized around the way I organize my life, rather than the way the app maker might dictate.

The lightness of being in this world is profound. For example, with my new job at Uber, I had to get a new laptop, which invariably meant installing dozens of “comfort apps” that I use to make my environment feel more familiar. But Facebook Messenger stayed the same — I started it up, and everything was in its right place. This lack of inherent friction in the experience changes a user’s perception of the service, and even though it’s hard to quantify, I intuitively believe this feeling makes an enormous difference in the long term commitment to a platform.

This consistency is a form of extreme personalization enabled by conversational interfaces. I guarantee you that if you look through anyone else’s Facebook Messenger threads, Twitter DMs, iMessages, OKCupid messages, or Snapchats that the order, content, and velocity of messages and content will feel extremely foreign, and likely massively uninteresting. Contrast that with a gaming platform where all users go through some kind of elaborate, universal onboarding process, and you’ll begin to grasp how this subtle form of extreme personalization is core to the conversational paradigm.

The language of conversational apps and notifications

No longer do you need to convince users to “download and install” an app — they can just invite a bot to a conversation and interact with it [eventually] like they would a person. Zero barriers to adoption, with minimal risk to the user (i.e. malware, etc).

And receiving notifications from bots is to be expected, rather than avoided, because users have been conditioned to receive them from their friends. While you may have bristled when that news app alerted you to “new stories”, you might appreciate a particularly friendly newsbot delivering a personalized recommendation with context that you uniquely care about.

So, I’ve mentioned several aspects of this paradigm shift that have to do with the change in the user experience, but there’s another dimension worth considering, and that has to do with what users of conversational apps bring to the equation: namely, lots of information and capabilities that used to be exceedingly rare in the computing environment.

For one thing, the Uber integration in Messenger was made possible because mobile payment mechanisms are now commonplace in chat apps. Since you can send money directly within Facebook Messenger, that payment vehicle can in turn be used to pay bots for products.

Additionally, conversational mobile apps have a lot more contextual information about users, including location, health, sensor, and social data. This information is useful for fighting fraud, and as such conversational apps (like Operator) will push commerce and purchases into this context aggressively and away from the query-thrashing model (read: Google).

Meanwhile, all of this data is also available to clever developers to build interesting and more personal agents and bots. And since each interaction and engagement is tracked, the longer the conversation thread persists, the easier it will be to offer more responsive heuristic approaches that anticipate the user’s specific needs. That is, the more conversational agents will appear to be getting to know you!

I mentioned this in my post last year, but we can now see that the voice-controlled hardware trojan horses from the big companies haven’t necessarily been embraced with open arms. Yet. I don’t have specific numbers, so I may be wrong, but my sense is that it’s still very early days for devices like Amazon’s Echo (which is being shrunk) or Google’s onHub.

While there continues to be interest in the internet of things and wearables, these kinds of “conversational appliances” don’t seem to have mass consumer appeal, say, compared with the Xbox 360. Still, most people have smart phones, so these dedicated home AI devices may be more about reaching that audience that has thus far resisted obtaining their own smart phone, or only use their smartphone’s basic functionality (i.e. don’t install or use apps).

Lessin points out that building conversational bots costs less and happens faster than building and maintaining cross-platform apps. This is critical.

[Dealing] with installed client software is slow. You have multiple versions of the same software running on different devices, and you have to ship software that cannot be easily recalled for bugs or errors. Startups have a hard time winning at the game (as I have written about before). The bot paradigm is going to allow developers to move fast again. 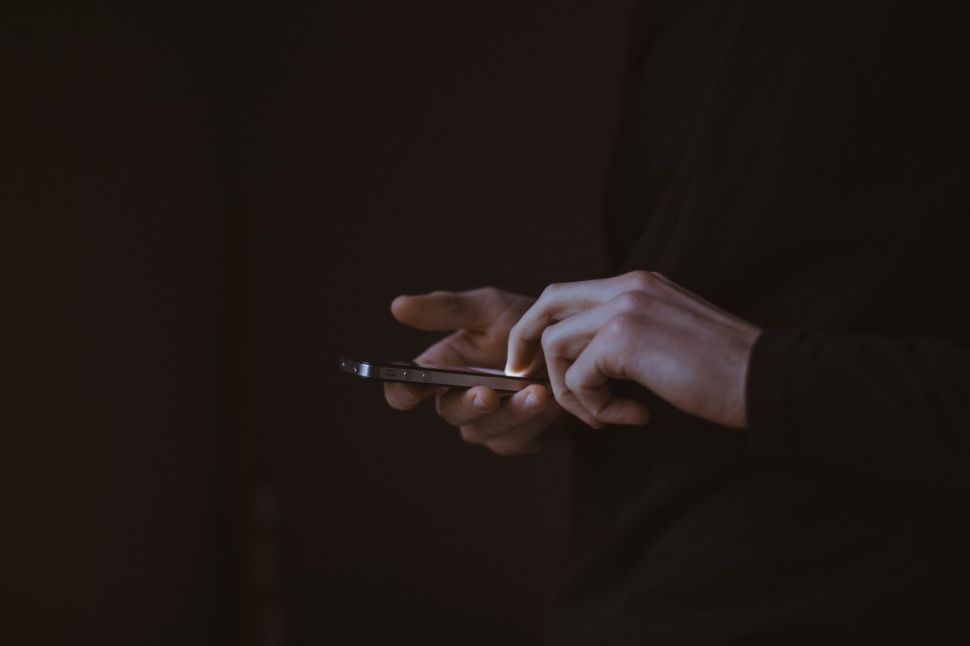