One of the most unlikely Best Picture nominees of recent years is the low-budget drama Room, which examines the relationship between a young woman and her son as they adjust to the outside world after years of being held captive.

The movie presented several filmmaking challenges, but the biggest was that its first half needed to take place in a claustrophobic 10-by-10 foot shed. In a new 360-degree video called “The World Inside Room,” the film’s production designer Ethan Tobman explains how the cast and crew overcame this obstacle:

Mr. Tobman says in the video that the crew used different filmmaking techniques to make the space look bigger than it was. They also worked from the premise that Ma and Jack, the two main characters, would utilize every inch of their limited space.

“Room is the smallest set many of us had ever worked in, but in many ways our director Lenny Abrahamson felt it was the largest he’d ever shot,” Mr. Tobman says. “Every crater represented years of creativity, history and love. Every object had a backstory.”

This aesthetic was reflected in the drawings on the walls—the scrawls of five-year-old Jack were joined by more advanced art from Ma, who drew pictures to document events in Room since she didn’t have a camera. The realism of the drawings was accented by the fact that actors Brie Larson and Jacob Tremblay drew them in rehearsal.

Room and its accessories (furniture, TV, etc) also had a slightly throwback feel, since Ma has been held there for seven years (she gave birth to five-year-old Jack after being impregnated by her captor Old Nick). So even though the film was shot in 2013, the production team had focus on designs from an earlier era.

“We really got into the mindset of Old Nick,” Mr. Tobman says. “He would’ve only had access to a flip phone and an AOL dial-up in 2006.”

The spot on the floor where the door to Room opens (only Old Nick knows the access code) was also scratched to imply that he regularly accessed it.

The team’s attention to detail extended even to ceiling tiles. Since Room is only lit by a skylight, some tiles would receive regular sun and humidity, while others wouldn’t get any light at all. In light of this, Mr. Tobman and his crew painted the tiles in subtly different colors—in the end there were 32 different shades of tile.

The video was a co-production between A24, the studio that produced Room, and virtual reality studio RYOT. The footage was shot on 12 GoPro cameras mounted on a rig—the images were then stitched together to form the 360-degree effect.

“The World Inside Room” can be viewed on YouTube 360, the RYOT website or by using a virtual reality headset. 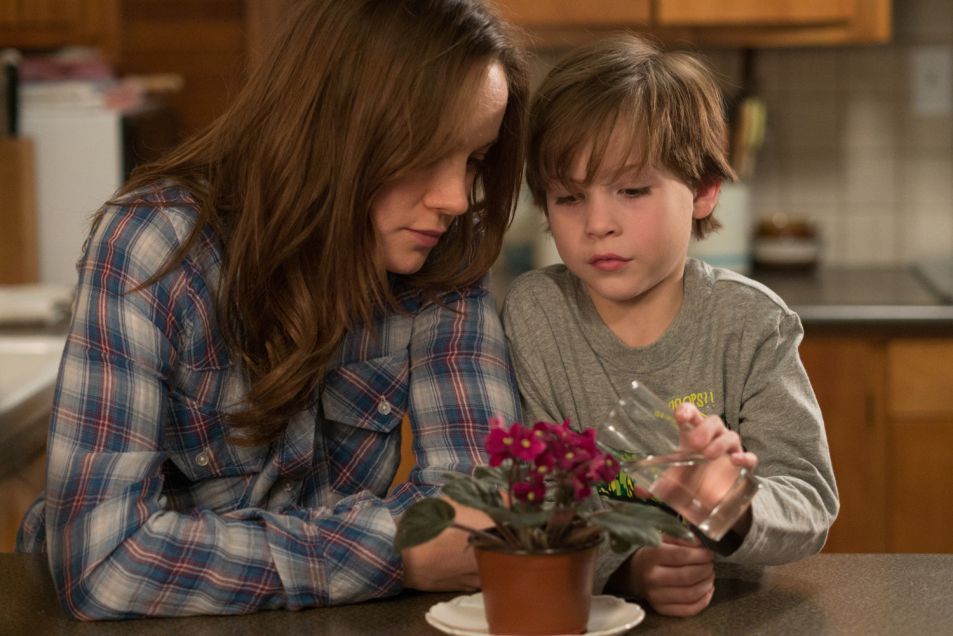