Something I, and unfortunately many other women, know a lot about is toxic relationships. A toxic substance is something that causes damage to you, drains you, and depletes you. A toxic relationship can irrevocably damage your sense of self.

There are toxic relationships and then there are toxic relationships, and I found myself in the latter when I was a junior in college and head over heels in love with a guy who was all sorts of wrong. Like most relationships, this one got off to a relatively problem-free start. The chemistry was electric, the attraction was strong, conversation flowed effortlessly, and we couldn’t get enough of each other. I felt a pull toward him unlike anything I had ever felt before. I saw some signs of trouble early on, but convinced myself that it would all work out because it simply had to. But it didn’t.

As time went on things only got worse, and throughout the course of our year-long relationship I turned into a dark shadow of my former self. I was no longer fun, outgoing, optimistic, confident, and full of light. Instead I felt constantly on edge, painfully insecure, drained, and sad. I lived under a dark cloud of fear…fear that it would end, that he would leave. I may have been miserable with him, but I believed that without him I would be beyond repair, so I stayed. I stayed far longer than I should have. I stayed even though he gave me every reason not to. In the end, he was the one who left, and as expected I felt gutted.

It was only when the relationship inevitably imploded that I was able to see just how toxic the situation had been and how badly it had damaged my sense of self. Part of the reason I didn’t see it sooner is that I didn’t know what to look for. I let my strong feelings for him blind me to everything else. My friends tried to warn me that this was a bad situation, and so I stopped talking to them. My gut told me this was bad, and so I stopped letting my gut talk to me. I did what many do. I chose not to see things as they were and instead focused on how I wanted things to be. I minimized all that was bad and clung tightly to whatever scrapes of good I could find, and that was all I needed to keep going.

The pain stayed with me long after the relationship was over, and those wounds took a very long time to heal. The trouble with toxic relationships is that they aren’t always so easy to identify when you’re in them, and sometimes it can even feel like you’re being a drama queen to call it “toxic.”

Maybe you think you’re experiencing the typical ups and downs that relationships bring, or maybe you blame some external source and think that as soon as it gets resolved, everything will be fine.

Being able to see a situation for what it is and accept that it isn’t going to change can be empowering. It gives you the ability to look at things through an objective lens and make a decision that is in your best interest. To help you get there, I have identified the biggest signs that you’re in an emotionally toxic relationship.

You feel like nothing you ever do is quite right and are constantly trying to prove your worth. You become addicted to his validation. Whenever you do something and it generates any sort of approval from him you feel relieved, and it gives you just enough rope to hang onto. You try even harder to get more of that feeling, and feel like a failure when it doesn’t come. No matter how hard you try, you never feel like you’re enough or like you’re doing things right. You live in a constant state of unease, of second-guessing yourself, of trying to be better and good enough.

One sign that you’re in a healthy, loving relationship is the feeling that you can just be. A big sign that you are in an unhealthy, toxic relationship is the opposite, the feeling that you can’t be yourself. Instead, you have to walk on eggshells and monitor everything you say and do. You feel like you need to think twice before you speak and that certain topics are off limits, that you have to act a certain way. You are afraid to bring things up to him because you don’t know how he’ll react, and saying nothing is better than saying something and having him get angry. So you suffer in silence and hope that somehow things will change, that somehow this relationship will magically transform into a healthy, happy one.

You may not even recognize the person this relationship is turning you into. You wonder why you’re not the same cool, fun, confident girl anymore, and maybe your friends and family feel the same. But you love him and you’ve invested this much into the relationship and you reason that as soon as you get through this rough patch, you’ll go back to being that girl again…

This is one of the biggest signs of a toxic relationship, and it seems like it would be pretty black and white, but often you don’t even realize all the ways he’s putting you down because it can be done in sneaky ways that aren’t flat-out criticisms. And if you’re in far enough, you already aren’t feeling like yourself and aren’t feeling good enough about yourself, so you may even agree with the negative things he says to you and about you.

Relationships are a chance for enormous personal growth. Sometimes our less-than-stellar qualities are brought to the surface and they need to be dealt with. However, there is a huge difference between a partner who can point out your flaws in a loving way, a way that encourages you to grow, and a partner who does it from a place of contempt. In a healthy relationship, he will accept you for who you are. He will love the good and accept the bad because we’re all human and we’re all flawed, and bad qualities just come with the territory. Anyone expecting perfection in a partner is paving the way for a lifetime of disappointment. In a healthy relationship, you will want to improve because you genuinely want to be your best self—for your sake, for his sake, and for the sake of the relationship. You will feel loved and accepted for who you are, and both you and he will understand that change takes time, so you won’t feel bad about succumbing to some of your negative qualities from time to time.

In a toxic relationship, you won’t feel accepted, your partner will have little tolerance for your negative qualities, and he may shame you and belittle you for them.

I remember in my toxic relationship the guy told me that the reason he chose me to be in a relationship with was because he knew he could never “breed with” (yes, that’s a direct quote) someone like me because I wasn’t really wife and mother material (mind you, I was a 20-year-old college kid), so it made him feel safe knowing that this relationship wouldn’t be forever. Your jaw may have dropped reading that, and maybe you’re thinking “well of course she left him after that,” but I didn’t! I remember feeling shame, feeling embarrassed by the fact that I liked to go out and drink and party (again, I was 20!), and I made it my mission to prove to him what a nurturer I could be. In a toxic relationship, put-downs run rampant. Some are overt and others are masked, and you may not even recognize the internal damage they are causing.

QUIZ: Are You in a Toxic Relationship?

Couples fight, even the happiest ones, it just comes with the relationship territory. Fights can occur over all sorts of things, both big and small. Happy couples aren’t ones who never fight, they are ones who use fights and disagreements as a means to resolve the issue. If something can’t be resolved, they learn how to communicate better and reach a place of deeper understanding.

Toxic couples usually fight to win. They use fights as an opportunity to tear the other person down, to hit below the belt, to get out all the anger and resentment they feel. Dirty fights are a sign that the resentment level in the relationship has hit its limit. These fights are full of hostility and contempt, and each person is overcome by the desire to “win” and prove their case rather than work together to lovingly resolve the issue.

He doesn’t take responsibility and instead blames you and makes it all your fault. (Things like, “Well I wouldn’t get so angry if you weren’t always on my case!”) In a toxic relationship, you feel like the problem. He doesn’t value your feelings or your needs. If you’re upset, it’s because you’re too “sensitive” or “emotional” or “irrational.” He may say sorry, but he doesn’t really own up to anything and thinks if you have a problem with the relationship then it’s just that, your problem. He doesn’t want to talk about it or work on it or try to change.

The most important quality to look for in a partner is someone who is willing to work on it. Even toxic relationships can be repaired if both people are committed to working on it. However, if he refuses to change or try to understand your feelings and your needs, then there is nothing that can be done and your only choice is to leave. It’s hard because a guy with toxic qualities also has a lot of really good qualities, and we think if we try hard enough we can draw those positive qualities out even further and inspire him to change and be a better man. It rarely works that way; the only way people change is if they recognize there is a problem and they want to fix it. And no matter how many positive qualities he has, the only one that matters is a desire to make the relationship work. If he doesn’t have that, then everything else is useless.

If any of this rang true for you or sounded like your relationship, it might be time to really consider if staying in this relationship is in your best interest. Toxic relationships can be enormously damaging; either you’ll see it now or somewhere down the line. The longer you stay, the worse the damage will be and the longer it can take to undo. Remember, the sooner you free yourself, the closer you will be to finding the right relationship for you.

Sabrina Alexis runs anewmode.com and is the author 10 Things Every Woman Needs to Know About Men, available on iBooks here.

P.S. Want to know how much your guy really wants you? Click here to take our quick (and shockingly accurate) “Does He Like Me” Quiz right now and find out how “into you” he really is… 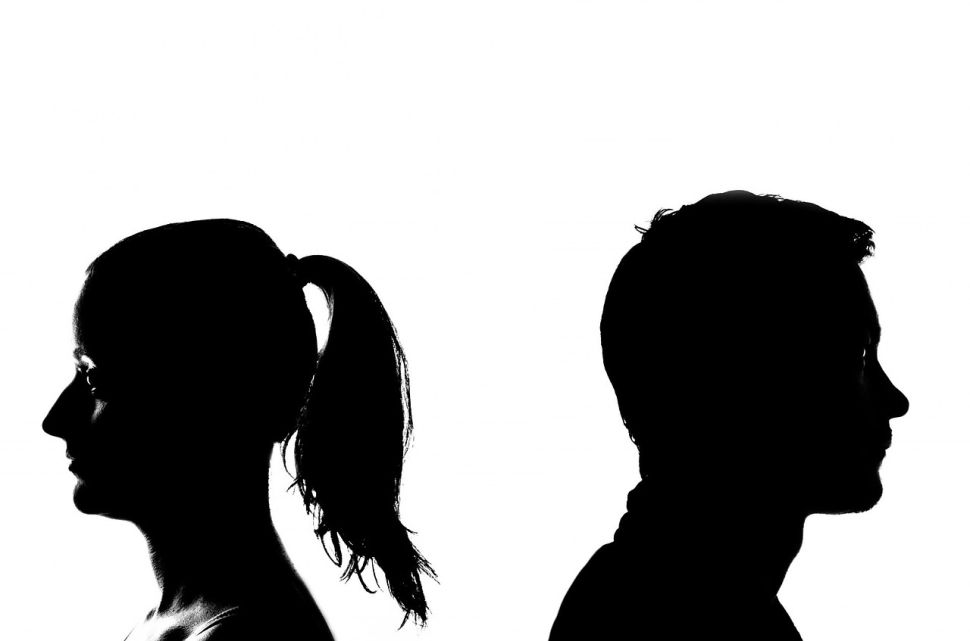