In late November, right around the time the terrorist attacks on Paris consumed the public’s attention, New York City announced plans to commit $50 million to shrink barriers around many of its parks. News of the plan failed to jump into most people’s feeds, which is a shame. By moving to erase some diamond-wire or steel-spike fences, the Parks Without Borders (PWB) plan showcases how urban design logic can honor an active democracy.

For many, the headline—a $50 million project to remove barriers to neighborhood public spaces via design suggestions from those neighborhoods—triggers bemused smiles or sticker shock. This hints at Parks Without Borders’ main mystery: why $50 million would strike anyone as a fat price for projects serving eight million people, all day and all year.

We undervalue park projects because we never got good at counting the benefits they deliver. But PWB can increase park use, lifting health and air quality levels as they do. And they can weaken the wall we build in our heads between what we expect from public places and what we expect to pay for them.

An open secret among parks experts is that park capital projects take too long in design and in construction. (Disclosure: I used to work at New Yorkers for Parks, the nonprofit that co-produced a report on this issue.) It’s also true that the Parks Department’s motley portfolio, of necessity, includes lots of odd sizes that commercial interests didn’t want. So it’s costly and chancy to maintain all parks consistently well.

Parks that prosper draw on private help—ranging from the volunteer who pulls up weeds to the mogul who writes nine-figure checks. Calculating the return on this help comes harder than beating the lifeguard at Marco Polo. You can’t count passenger revenue from parks, or charge rent for their use—and even selling concessions or naming rights means stirring dyspepsia among the (usually well-off) opinion-makers who insist a park should be a sanctuary against commerce.

All the more reason to invest carefully in any design change that will increase their uses. Any public space, whether it’s drawing millions of tourists and million-dollar donations or just drawing a few regulars with trowels and Frisbees, relates to its surroundings in complex but specific ways. When New York City Parks Department Commissioner Mitchell Silver says on WNYC that the city will ask the public how high a fence should be, it sounds heartening. But wouldn’t the public know more about what sports, -intensive plants, safety perks and equipment best suit each block? Why not toss in a hundred grand to hire some facilitators, and instead train people to read and sketch urban designs that fit a specific population, layout and commuting pattern?

With that training, we could make savvier park suggestions. One might use a park as a cut-through if you didn’t have to pry open a gate, and at the margin this might make you likelier to bike or run or spend more time with your frail Aunt Mitzie. Parks without fences can also feel safer at night, when many public assets sit unused, which might stir more potlucks and pickup games and plein-air Tindering.

We all need more fluency in the costs and benefits swirling around public space—do I save $200 per year in Ring Dings if I can cut through the park on the way home, or will I just Seamless donuts once I’m home? As New Yorkers get older, deeper in hock to the Internet and more tuned into the need for lower-carbon life, we need more fluency in public space and public priorities. Training people to wrangle and test urban design might just pry open those long-jammed doors.

Alec Appelbaum writes and teaches about how citizens can change public space amid climate stress. He worked at New Yorkers for Parks from November 2014 until July 2015. 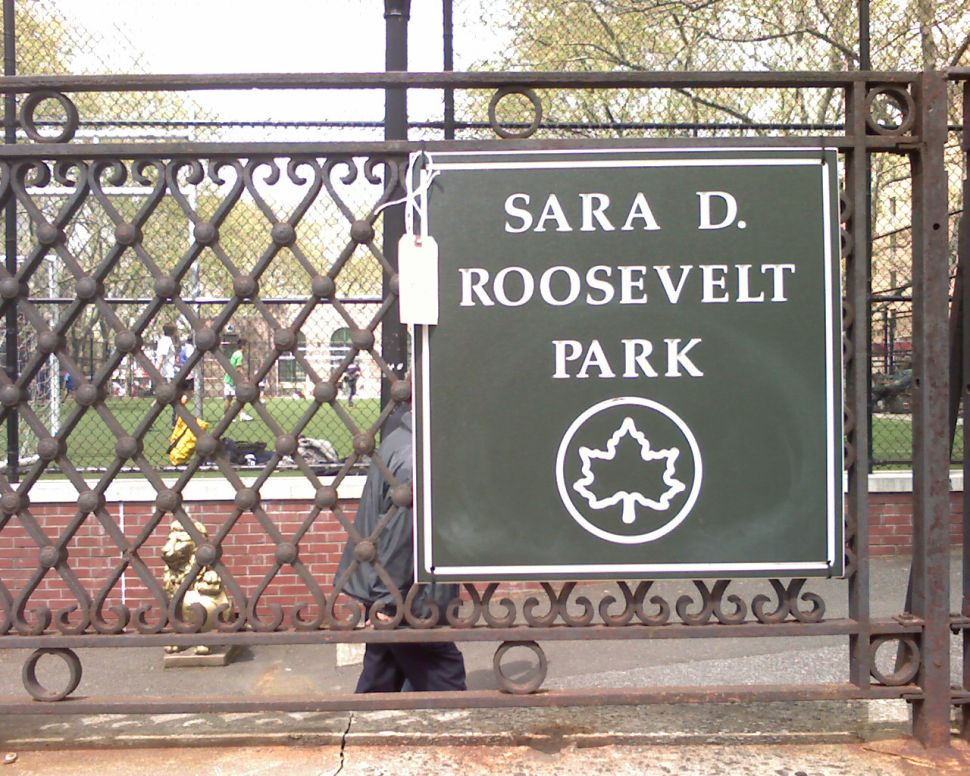