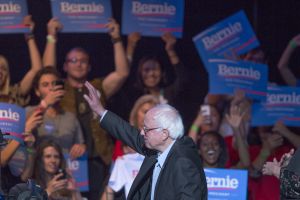 I recently wrote a piece for the Observer offering an exploration of why Bernie Sanders’s campaign appears stalled. My central argument: the senator from Vermont has been generally unable to build on his impressive summer campaign, squandering much of his momentum. With roughly five weeks before the Iowa caucus, I argued this was good news for Hillary Clinton.

I based these impressions on three pieces of evidence. First, I argued that Donald Trump’s entrance into the GOP primary, sustained position at the top of the polls, penchant for saying often outrageous things and ability to generate media coverage had drawn attention away from the Democratic Primary in general and Bernie Sanders in particular. Second, I noted that national and state polls from Iowa, New Hampshire and South Carolina indicate that while Mr. Sanders was staying competitive, he was not making up the ground required for him to win. Third, I observed that Mr. Sanders has campaigned less actively since the summer. These all struck me as reasonably evident, if not altogether profound, insights.

Once my article, “Donald Trump Is Not the Only Reason Bernie Sanders Is Losing,” was published, the feedback started rolling in. A few people who have been around politics for a long time tweeted the piece and posted it on Facebook. One good friend, who is on the far left of the Democratic Party, made a friendly comment on my Facebook page, where I had posted the piece, telling me I was wrong and that I should #FeeltheBern. That comment was respectful, but it, and a few other similar ones promising me that Sanders will win, proved to be the exception from the many Sanders supporters who are active on social media.

Since the piece was posted on the morning of December 31, people on Twitter have called me “biased and foolish,” a “Clinton supplicant” who had written a “terribly researched…hatchet piece,” the writer of a “shallow, uninspired editorial,” part of the Clinton “machine,” practicing journalism that is “bad and out of touch,” a “dishonest prick” and more. None of this bothered me on a personal level; being called nasty names online is an occupational hazard of being a writer about politics today.

What struck me, however, is that many of the Sanders supporters who contacted me seemed to be resistant to any analysis with which they did not agree, and very quick to question the motives of those who offered this kind of analysis. In the interest of full disclosure, I should state that while I have been a registered Democrat since I turned 18 in the mid-1980s, I voted for Jerry Brown in the 1992 primary against Bill Clinton, and Barack Obama against Hillary Clinton in 2008. For good measure, I voted for Bill Bradley against Al Gore in the 2000 presidential primary, so I am not exactly a Clinton loyalist. For most of the past 30 years or so, I have viewed the Clintons as a bit like golf—something that many Americans like, but whose appeal I don’t fully get. I also remain genuinely undecided in this Democratic primary.

I have written several critical pieces about Hillary Clinton’s campaign and her chances in this election. I have had warm feelings for Bernie Sanders since I first became aware of him as one of the only Jewish elected officials in the country who supported Jesse Jackson for president in 1988. I suspect, therefore, that I have liked Mr. Sanders since before some of my recent critics were born.

Despite that, it is my sense that Sanders will not be able to climb the steep mountain necessary to beat out Hillary Clinton in the coming months. I based that on polls, but also my own impressions. In the last month or so, I have spoken to many Democrats who supported Mr. Obama in 2008, but plan to vote for Ms. Clinton this year. I have encountered very few who voted for Ms. Clinton in 2008, but plan to vote for Mr. Sanders this year. While this dynamic is strong in my largely white and heavily Jewish sample, it is even stronger among African-American voters. This is an imperfect, but not unimportant measure, suggesting Mr. Sanders is still not poised to defeat the frontrunner. I have also been disappointed in the lack of fluency with which Mr. Sanders has discussed foreign policy in recent weeks, something that several of his supporters have told me as well. If supporters of Mr. Sanders cannot hear this without questioning my motives, then they are not ready for big boy or big girl politics.

Several tweets critical of the initial article also drew attention to the disclosure following the article that read, “Donald Trump is the father-in-law of Jared Kushner, the publisher of Observer Media.” I was not aware of this when I took my position with the Observer in 2014, and certainly did not write this piece as some kind of favor to Mr. Trump, or on instructions from anybody at the Observer trying to help Mr. Trump. I suppose the use of Mr. Trump’s name in the title of the article struck some of Mr. Sanders’s supporters, absurdly, as proof that I was in the bag for the father-in-law of the owner of the media company for which I wrote this piece. It is also worth noting, that if I were trying to help Mr. Trump, something that I would not do, I would have written a piece attacking Ted Cruz, as Mr. Cruz, not Mr. Sanders is Mr. Trump’s most significant political obstacle now.

While the comments in response to my article were defensive, sometimes unsophisticated and occasionally rude, they were largely harmless. However, other journalists have not had such pleasant treatment from Mr. Sanders’s always enthusiastic, but occasionally unhinged, supporters. Terrell Jermaine Starr, who is African-American, wrote a Washington Post column in September asserting that “Sanders’s predominately white backers are targeting black activists and journalists who dare question the candidate’s civil rights record.” Mr. Starr cited offensive tweets responding to an article he had written about Mr. Sanders’s challenges in connecting with African-American voters. Fans of Mr. Sanders predictably called him a shill for Hillary Clinton, as well as other unpleasant things.

Like almost everybody in politics and journalism, I have made predictions that have been both right and wrong. I have a friend who still teases me about the BBQ at his place in the summer of 2000 where I confidently told the guests that Al Gore would beat George W. Bush. On the other hand, I also maintained immediately after the Iowa caucus in 2008 that Mr. Obama would be the next president. I could well be wrong about the Democratic primary. Ms. Clinton could stumble again. Mr. Sanders could become reenergized in the new year and somehow break through with non-white Democratic primary voters. The polls might all be wrong. On balance, I don’t expect any of those things to happen, but if Sanders supporters who believe that whoever says that is somehow shilling for the Clintons, than they are the ones living in an echo chamber and are woefully unprepared for a presidential campaign. 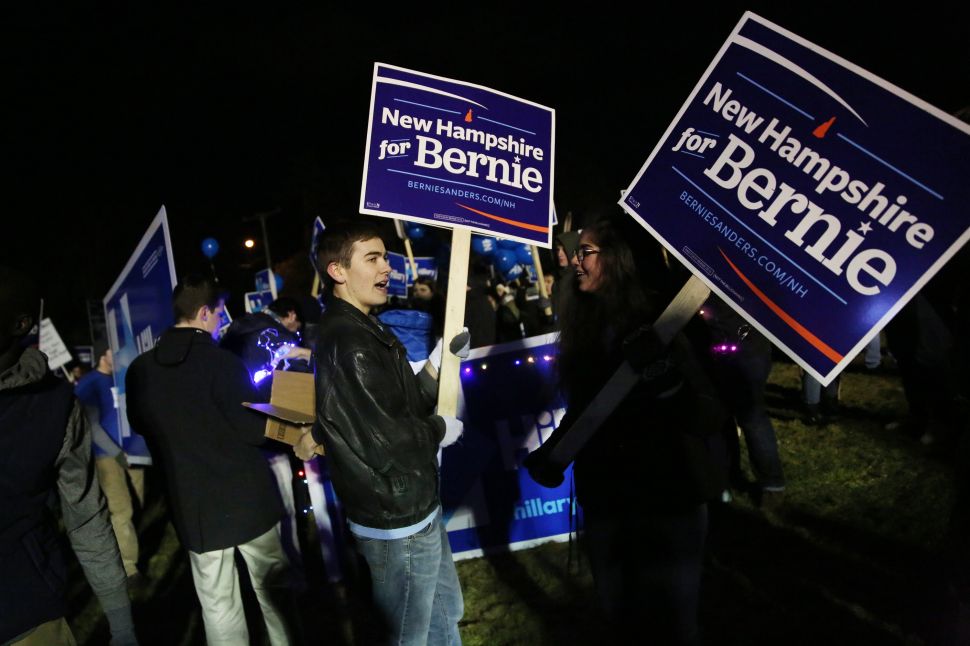