Previously, on “A Millennial Reviews…”

The following story is non-fictional and depicts an actual person and event.

In the TV reviewing system, sexually based content is considered especially heinous. In New York City, the dedicated bloggers who investigate these vicious programs are members of an elite generation known as Millennials. These are their stories.

Last month was Movember, the month in which men of my generation grow mustaches as a form of activism against catcalling or something. Movember is also a good time to eat “mo” than your fair share of vegan free-range can-free cranberry sauce (it’s called kanberi sauce, you can get it at Whole Foods) and go into a food-coma that causes you to sleep in and lose your job at the dog walking company where you sort of work even though you’re mostly really focusing on music right now. When that happens you end up spending the first week of Dreadcember “Netflix and chilling” alone for two weeks straight, which is known as Netflix and freezing to death. This is a good thing, though.

Remember in Game of Thrones when everyone kept saying “Winter is coming?” That was the show itself reminding you of the reality that winter is the death of your social life and that you need to make a long term commitment to a really involved television series until at least February 15th. Throughout the holiday season you’re going to find yourself at family gatherings, work mixers, juggalo gatherings, molly-fueled MLK Day throw downs, all sorts of shit where you’re going to need a steady series to talk about to keep people from seriously judging you. You’re getting close to 30, if you show up to [STARBUCKS RED CUP HOLIDAY] dinner claiming you’re still shopping around for a good show to watch, your older relatives are going to start making some assumptions. If you can’t decide between Jessica Jones and The Flash, they’re going to assume you watch The Arrow (not that there’s anything wrong with that). It can get worse than that, however. Sometimes you show up at New Year’s Eve with Fargo but by Valentine’s day you’re traipsing around town with some new skanky season of American Horror Story. It will feel like you’re having fun, but it’s short lived manic superficial fun. It’s the type of fun that people like Charlie Sheen and Marco Rubio have where it’s all cocaine and yelling about warlocks until you wake up one morning covered in groupon receipts and little 2 oz. plastic bottles of Fireball cinnamon whiskey and realize you have seriously destroyed your own life and possibly a good section of Florida. My point in all of this is that I’ve found my winter show. It’s a million episodes long, problematic as hell, and roughly the same shit happens every time I watch it. I’m watching Law & Order: SVU.

L&O usually begins with a cold open involving someone jogging or looking wistfully into a pan while frying a single egg because they’re a detective with a lot on their mind. Honestly you can get five minutes into one of these things without knowing whether you’re watching a TV show or an Excedrin commercial. Then a casio keyboard bangs out the intro theme, a sort of jazzy Neon Indian groove set to a series of instagrams put together by someone who only knows how to use the earlybird filter. What follows is the most offensive show on television. This show is harder to watch than the Mythbusters episode where they tried to make Jankum.

Every episode involves a rape. EVERY episode. I suppose this “Dick Wolf” bro thinks this is a fine way for him to get jokes off about this sort of thing. Why not do an episode about women in comedy, or have a sex-positive guest star of color like Aziz Ansari? Why is every episode the same? Literally what is a procedural drama?

Anyways, once the crime of the day is upon us we see a core cast of investigators awkwardly lob dialogue back and forth trying to subtly explain which real news story is serving as the basis for the current plot. The Ariel Castro episode features such illuminating exposition as Ice-T saying “this is like Ariel Castro.” There is also a villain who uses a drink called Five Crazy to get amped up for crime, which I think is supposed to be a fictionalization of Four Loko but that’s actually a real thing (it’s where you pour a Five Hour Energy Drink into a Four Loko and then butt-chug it while that “shut up and dance with me” song is playing). Hell, there’s also an episode where Paula Deen shoots Trayvon Martin (this is actually not a joke, look it up).

Depending on what season you’re watching, there are a number of different JC Penny models that roll through the precinct having really boring middle aged relationships with one another where they have to get into serious discussions about how much they love their kids. Then there’s some guy called Ice-T that seems vaguely familiar? I swear I’ve heard this dude’s before somewhere. Finally and most importantly there’s problematic comedian Richard Belzer, who is a comedian and is on this show, so clearly he’s here to get jokes off about victims of sex crimes. He uses his white male privilege to saunter around the police station making zingers without regard for anyone’s safe space. In one episode he gets shot in the ass, and then he asks his partner Ice-T if he wants to kiss it and make it better. Now prior to watching this episode I had eaten a good three quarters of what’s known as a Chicago Danksgiving Pumpkin, which is a pumpkin soaked in sativa butter cut into a Jack ‘o Lantern of Chief Keef’s Face, so this little “ass” joke triggered me pretty hard. And make no mistake, it’s the show’s fault for triggering me into a post-ass-joke-stress-syndrome panic attack, not my raging addiction to the modern technology’s most manic strain of weed. Rape joke comedian Richard Belzer makes me sick and should never be allowed on stage again. If he ever comes to the comedy show I run in the bathroom hallway of a Bushwick hardware store he will for sure have the mic shut off and the stage rushed by me, the only person that’s usually at the show.

So if this show is so offensive, why am I marathoning the whole thing until Black Herstory month? Because I am an internet activist, and without being sanctimoniously offended, I am nothing. Winter is coming and I need a very large supply of content to be furious over. There are so many actors involved in this show, it could take me months to create petitions to get all of them fired. I’m so happy. God bless us, everyone. 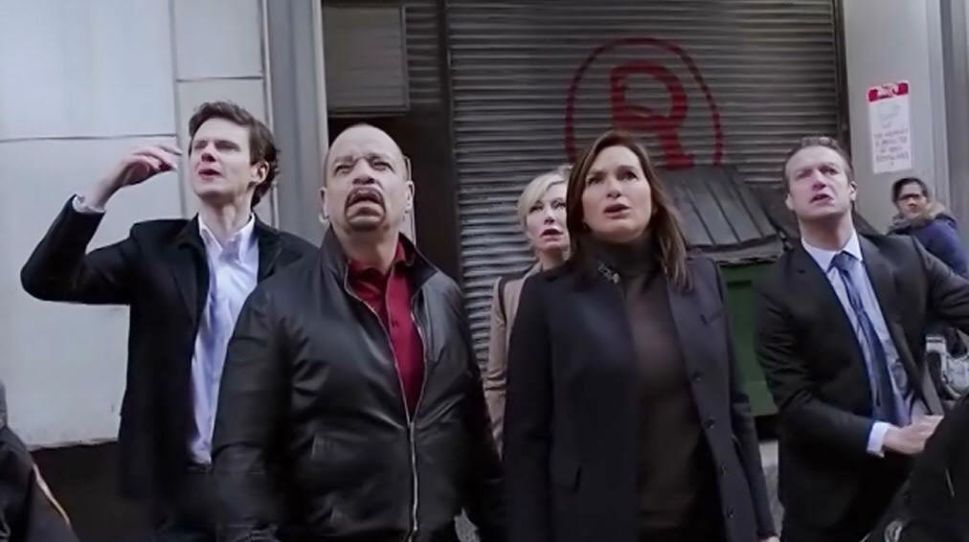