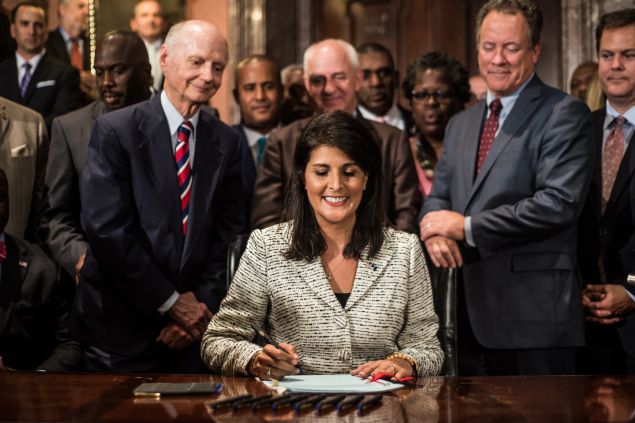 It is widely speculated in conservative circles that former Hewlett-Packard CEO Carly Fiorina will be chosen as vice president by any Republican who wins the nomination, as it is considered Hillary Clinton will be the opposition and a woman on the GOP ticket would appear engaged and relevant. Ms. Fiorina does seem to be running for VEEP, making big hits in debates to stay afloat, falling back with her doggies in the interim, and popping up again shortly after. She could be seen as a bridge between the Establishment and the rising group (for which there is no identifying name), in that she would fit just as well with New Jersey Governor Chris Christie, as she would with Donald Trump or Ted Cruz.

But something else is emerging in the maelstrom of this dramatic campaign—the new form that is neither Establishment in the Bush/Christie tradition nor Tea Party. An intuitive, elite or classical conservatism may have found roots in the former Massachusetts Governor Mitt Romney’s camp. South Carolina Governor Nikki Haley is a “Romney Republican.”

Conservatives will not be beholden to ancient shibboleths, which have held them back with their memories, though they will not be madly Jacksonian either. This is where Ms. Haley comes in. She would make a great vice president. If party leaders have mischief in mind for the upcoming convention, they might consider bringing in someone entirely new for the first position.

This time, we seek avatars, rock stars or just anyone new. And there lies danger but also opportunity.

This race has shifted the times. Traditionally, a governor of a major state might be considered to know how she or he would work as president—turning to one of a big, important state would make sense. But this time, the very competent governors of New York, Louisiana and Texas were summarily dismissed in the Republican primary. This time, we seek avatars, rock stars or just anyone new. And there lies danger but also opportunity.

Ms. Haley made an impact on Tuesday when she gave the Republican response to the President’s State of the Union. Quite often, this is a thankless role which has occasionally rewarded its presenters with a one-way ticket to political Palookaville. But this week, conservatives and the country turned to her—possibly out of necessity. That The New Yorker would follow up the next day, shows she has made a mark in the chaos of the season. A star was born in what might be called the “Romney Camp.”

When he was given the job of Speaker of the House, Paul Ryan connected the old Establishment and the Tea Party. But something else was up—rumors spread that the July convention would erupt in disorder and a brokered convention would bring Mr. Romney to the Presidency in 2016. Then, with Mr. Ryan at the helm in the House, it was suddenly suggested the same play would carry out with him, Mr. Romney’s VP candidate in 2008, and Mr. Ryan would bridge the gap between Establishment and Tea Party and young and old to boot.

Generation specialists tell that at a critical cultural turning the young ignore their parents and turn to a “grandfather” figure; a wisened, benign Obi Wan Kenobi. Millennials today ignore the Clintons and turn instead to the almost elderly Vermont socialist Bernie Sanders by 2-to-1. It is possible a rising generation of young politicos—including Mr. Ryan and Ms. Haley—will turn to Mr. Romney to form a new conservative sensibility for America. Polls have shown him winning in a landslide in New Hampshire if he entered.

As such, two “Establishments” are emerging: the Eastern team of the Bush family and their agents and agencies, and the distinctly different Romney team—non-ideological, but demanding a moral compass, instinct and elite abilities.

Nikki Haley may well lead Mr. Romney and America into the future. 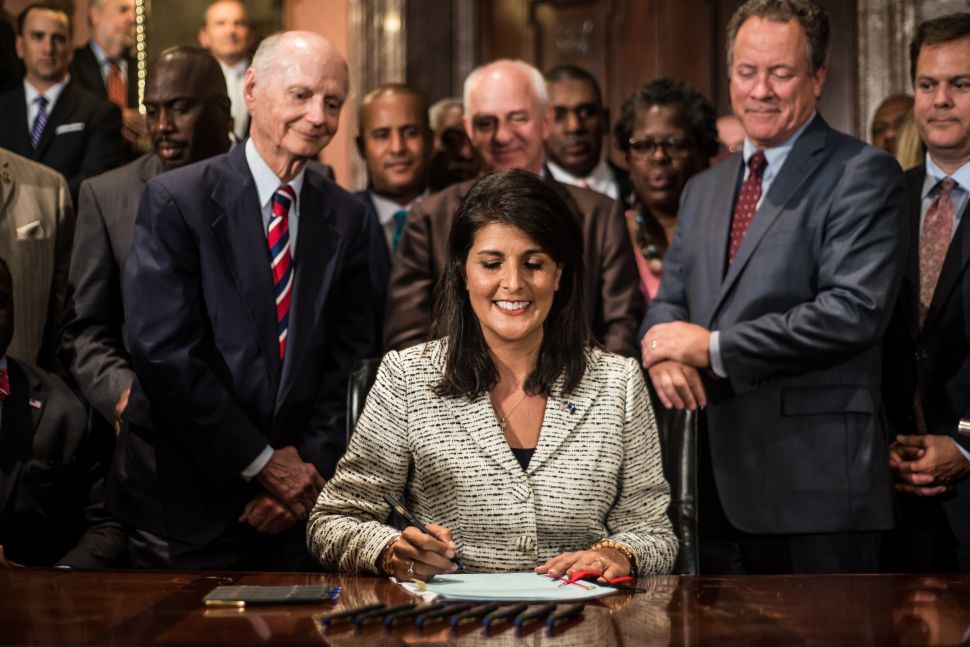