There are some moments in the making of music when the boldest thing a player can do is nothing—or, to use the phraseology of Robert Fripp, “contribute silence.” That point is driven home in gripping fashion by “Horizontal Hold,” the second track on the self-titled debut album by British experimental trio This Heat, first released in 1979 and just reissued by Light in the Attic Records along with the rest of the band’s slim catalog (a two-track EP and a second album).

Here’s what happens: Guitarist Charles Bullen, keyboardist Gareth Williams and drummer Charles Hayward have locked into an explosive groove full of distortion and hi-hat sizzle. The music’s heavy doom quotient is further enhanced by the lo-fi ambience; parts of the album were recorded on cassette tape in an abandoned meat locker, and you can kind of tell. Suddenly everything stops, as if someone had just cut the mains, and for two seconds all you can hear is the ringing in your ears. The band then returns to its previous noisy business, only to be cut off again twice more in short order. It’s clear that the interruptions are intentional, produced simply by turning a master fader all the way down, but realizing this doesn’t lessen its impact. On the contrary, the abrupt disappearance and reappearance of sound has turned into a memorable hook. Absence becomes presence.

This audacious move takes place one minute into a seven-minute piece. By that point, the mood of the music has already drastically changed three times, from rapid-fire dissonant strumming to stuttering dub. It will change five more times before the track is over, ending with what sounds like, and probably is, the piece’s opening section sped up by a factor of 10.

Although This Heat performed live frequently during its six-year lifespan, it’s hard to think of its music existing without the prominent manipulation of tape via looping, varispeed and montage. All these tricks, which are a breeze to perform now in GarageBand but required real engineering skill to achieve in the 1970s, lend a kaleidoscopic intensity to the proceedings.

Then again, Bullen, Williams and Hayward didn’t need technology to think in unusual ways. The vocal melody for the title song of 1980’s Health & Efficiency EP is in a different time signature from the accompaniment, creating an effect of woozy disorientation. On the band’s second album, 1981’s Deceit (deceit, This Heat, get it?), the eerie “Independence” takes its words from the preamble of the American Declaration of Independence and its tune from the first album’s “Fall of Saigon,” played backwards. And so on.

Surprising instrumental textures and compositional structures are This Heat’s main focus, but all three members sing as well, more on Deceit than elsewhere. That album’s opening song, “Sleep,” contains an element of trancy British folk; at the other extreme, Hayward’s vocal on “Makeshift Swahili” is choreographed shrieking. The lyrics don’t tell stories but explore philosophies, with a skeptical edge. The final lines of “Paper Hats” are typical: “What does this tune signify? What is its meaning? Is it really that straightforward? Or are our ears beyond words?” A current of anxiety about some kind of impending apocalypse runs through many songs. It would be nice to say that this is what dates them the most, but no such luck last time I checked.

I’ve been aware of This Heat’s reputation for a long while, but until the arrival of these reissues, I’d never listened to a solitary second of their music. Putting it on for the first time, I was stunned not just by its adventurousness but by its modernity. Stylistic precursors are audible here and there—Frank Zappa, Can, electric-era Miles Davis—but it reminded me most of groups that postdate it by two decades: Mogwai, the Jesus Lizard, and especially Tortoise (whose latest album, The Catastrophist, is well worth checking out, by the way, although even its most uncompromising moments sound like ad jingles compared to This Heat).

There will be no more where this came from. The three members of This Heat parted ways in 1982, and although a reunion was mooted in 2001, Williams died of cancer shortly thereafter. All the more reason to treasure these reissues, which are enlivened by period photos and Hayward’s alternately insightful and obscure liner notes. He describes Deceit as “a dream within a dream,” a turn of phrase that applies equally to all of this band’s work.

Some more sensitive listeners may find that the dream inches closer to nightmare on the Health & Efficiency B-side “Graphic Varispeed,” in which a series of electronic tones are sped up and slowed down over 11 minutes. One could make a case for this being hypnotic, but not for it being the ideal introduction to This Heat. The curious would be better off starting with the more tuneful Deceit, then working backward. What you’ll hear is music that, going on 40 years after it was written and recorded, continues to feel like a memory of tomorrow. 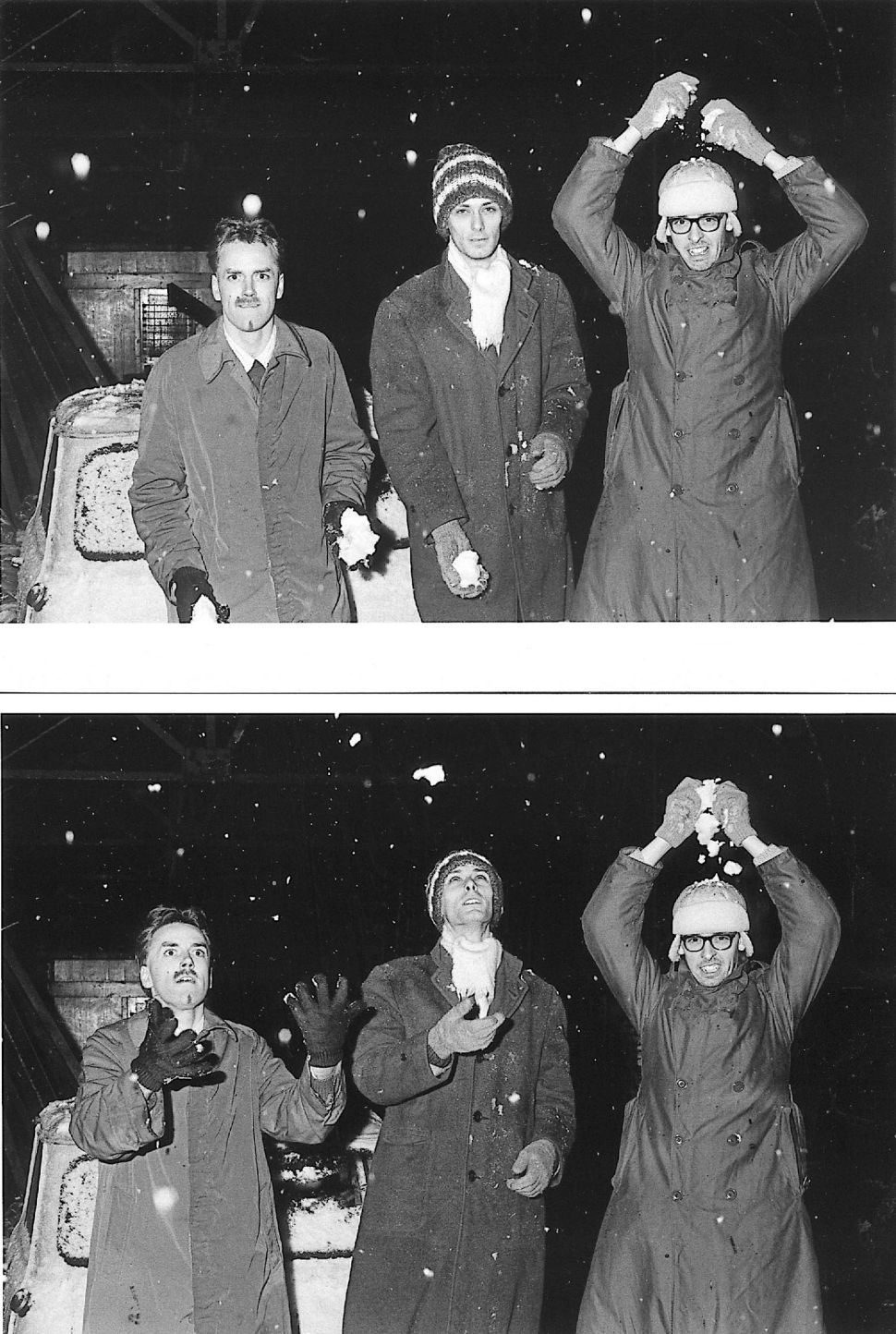