The staff shake-up comes several weeks before the Iowa caucuses, Mr. Carson’s best hope of remaining relevant in a crowded field dominated by louder rivals. For a brief period last year, Mr. Carson, who is trying to court evangelicals in Iowa, appeared to be a stronger-than-expected candidate, surging to the top of the heap with another political neophyte, the billionaire Donald Trump. But Mr. Trump, a major celebrity, has remained at the top of national polls while Mr. Carson’s standing has suffered as he’s failed to demonstrate a mastery of domestic and foreign policy.

Two seasoned political operatives, Doug Watts and Barry Bennett, left his campaign late last year, complaining that Mr. Carson’s longtime business manager, Armstrong Williams, had too much say over the dysfunctional campaign. Mr. Carson was left understaffed with weeks to go until Iowa, where Sen. Ted Cruz of Texas appears to be consolidating the support of evangelicals and social conservatives at the expense of Mr. Carson.

In a statement today, Mr. Carson said he had a “stronger, more action-oriented campaign.”

“I have the experience and wisdom for fighting radical Islamic terrorism, defending the homeland, reviving our economy, fixing our healthcare system and restoring faith in our country and in each other,” Mr. Carson said. “I am grateful that Larry, Chris and Jason have joined my campaign, and I am confident they will provide the seasoned leadership necessary for conveying my vision of hope and healing to the American people.” 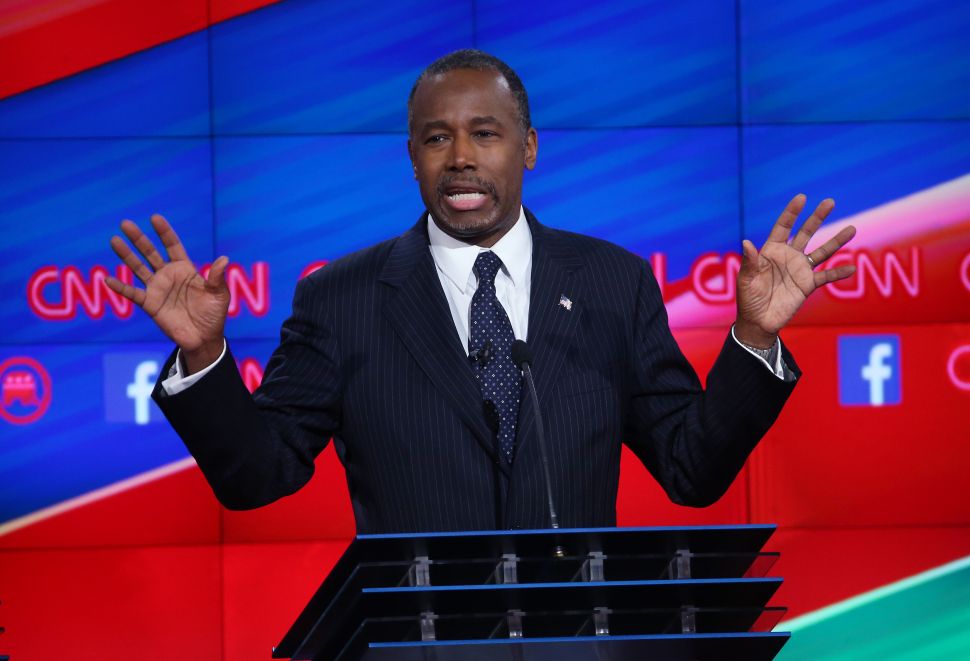