Love it or hate it, Andrew Lloyd Webber’s musical juggernaut CATS crawls back to Broadway this summer. If you’re keeping tabs, the revival will be Mr. Webber’s third concurrent B’Way production, along with the eternal Phantom of the Opera and School of Rock, which opened in December. The feline frenzy kicks off on July 14th when the show starts performances at the Neil Simon Theatre. Seasoned director Trevor Nunn will be returning to direct the revival, but the choreography will be all new, courtesy of Hamilton’s choreographer Andy Blankenbuehler. So if you still can’t score tickets to Lin-Manuel Miranda’s rap-powered blockbuster in the summer, watching CATS might be the next best thing. (Gothamist)

New York fashion icon Patricia Field, whose sartorial creations were made famous by Sex and the City, announced in December that she would be closing her beloved Bowery boutique. Now, Ms. Field—who has operated a shop in the city for 50 years, beginning with a location in the West Village in 1966—has officially put her 6,700-foot Bowery storefront up for rent, though she has yet to list an asking price online. (EV Grieve)

A bus depot has become an unlikely historical site in Harlem. Last summer, archaeologists contracted by the New York City Economic Development Corporation unearthed more than 140 bones and bone fragments at the 126th Street Bus Depot, proving that the transit terminus was built atop a Reformed Dutch churchyard where New Yorkers of African descent were interred from the 17th century through the 19th century. The findings were announced Wednesday by City Council speaker Melissa Mark-Viverito and the Rev. Dr. Patricia A. Singletary, both of whom head the Harlem African Burial Ground Task Force. (New York Times)

At a press conference this morning at Manhattan’s Spring Street Salt Shed, Mayor Bill de Blasio predicted that, unlike last year, Gov. Andrew Cuomo would not shut down the city’s mass transit in advance of Saturday’s snow storm. In 2015, Mr. De Blasio, who was not forewarned of the stoppage, advised the public to take mass transit to avoid unsafe road conditions. Although the anticipated snowfall is a mere eight to 12 inches, the mayor contended that the decision is ultimately up to Mr. Cuomo and his MTA chairman, Thomas Prendergast. (Observer) 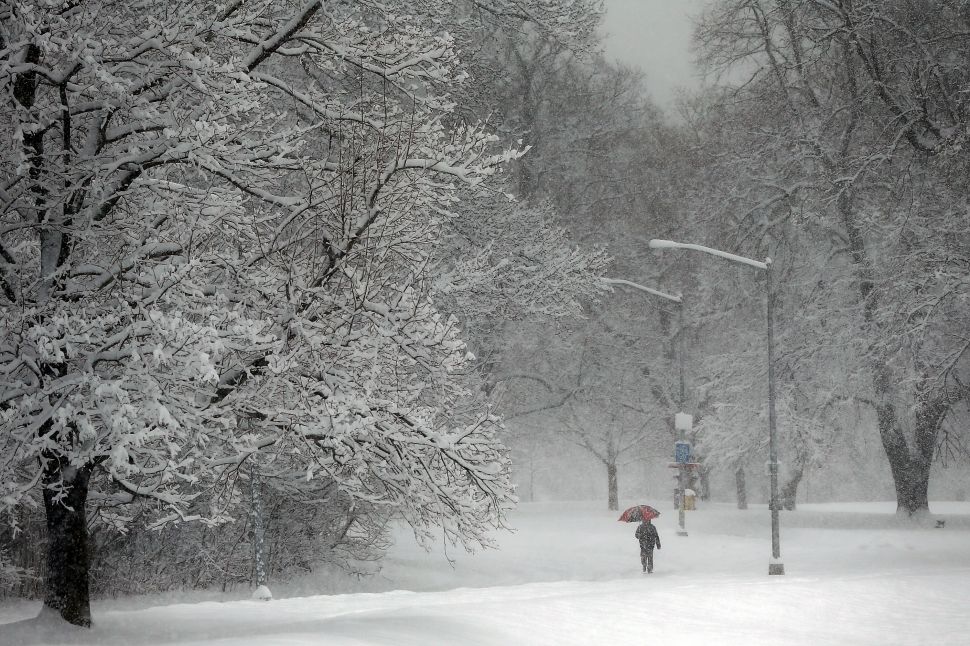