Mayor Bill de Blasio continues to encounter backlash over his “Next Generation” plan for the insolvent New York City Housing Authority. The mayor plans to lease unused NYCHA space to private developers to create mixed market-rate and affordable housing. Residents of Wyckoff Gardens—one of the developments slated for new development—objected to Mr. de Blasio’s plans, citing air quality concerns and the “tale of two cities” atmosphere that could arise if a partially non-affordable building—to be built in 2017—was constructed beside the 1965 NYCHA building on the site. While Mr. de Blasio said the solution is not ideal, he cited the NYCHA’s $17 billion backlog of needed repairs and the potential for new revenues from the “Next Generation” plan to alleviate the funding issues. (Observer)

Four teens charged in the rape of an 18-year-old woman in Brownsville’s Osborn Playground have claimed that they had consensual relations with the woman and that, when they found her, she was engaged in sexual relations with her father, age 39. The pair were drinking beer in the park and were both intoxicated. The teens—and a fifth suspect who is not yet in custody—allegedly held the father at gunpoint and ordered him to leave, although he returned with police about 20 minutes later. (Daily News)

Although medical marijuana is now legal in New York State, with restrictions, there are still opportunities for the profit-minded. Columbia Care, the firm that has opened up a dispensary at Union Square, is now hiring both in its dispensary in the city and at its growing facility in Rochester. Positions available in the city include receptionist, pharmacist and dispensary associate, while the Rochester branch is hiring a trimmer, a horticulture manager and a lead cultivation technician. Entrepreneurial New Yorkers can now make some green while they… make some green. (Brokelyn)

The State Liquor Authority has found that 37 percent of city businesses that were subject to underage “decoys” attempting to buy alcohol sold to the under-21s without bothering to check their IDs. Of 217 businesses visited, 83 sold alcohol to underage individuals, including 26 stores in Manhattan, 18 in Queens, 15 in the Bronx and 10 each in Staten Island and Brooklyn. Fines for selling to underage buyers can reach up to $3,000, while civil penalties can hit $10,000. (Gothamist)

The famed Waldorf Astoria hotel has been added to a lawsuit against a patron whose gun went off during a wedding reception, causing angry bride Anna Goldschmidt to sue the culprit after the hotel cancelled the event. Judge Cynthia Kern found that while the Waldorf is not responsible for the $750,000 cost of the cancelled wedding, it could be liable for any emotional distress Ms. Goldschmidt suffered when her wedding was cancelled. The 9mm handgun, which belonged to Vladimir Gotlibovsky, allegedly discharged during the June 2015 reception, causing the event to be cancelled. Mr. Gotlibovsky added the Waldorf to the suit as a third-party defendant. The hotel will not appeal the decision. (New York Post) 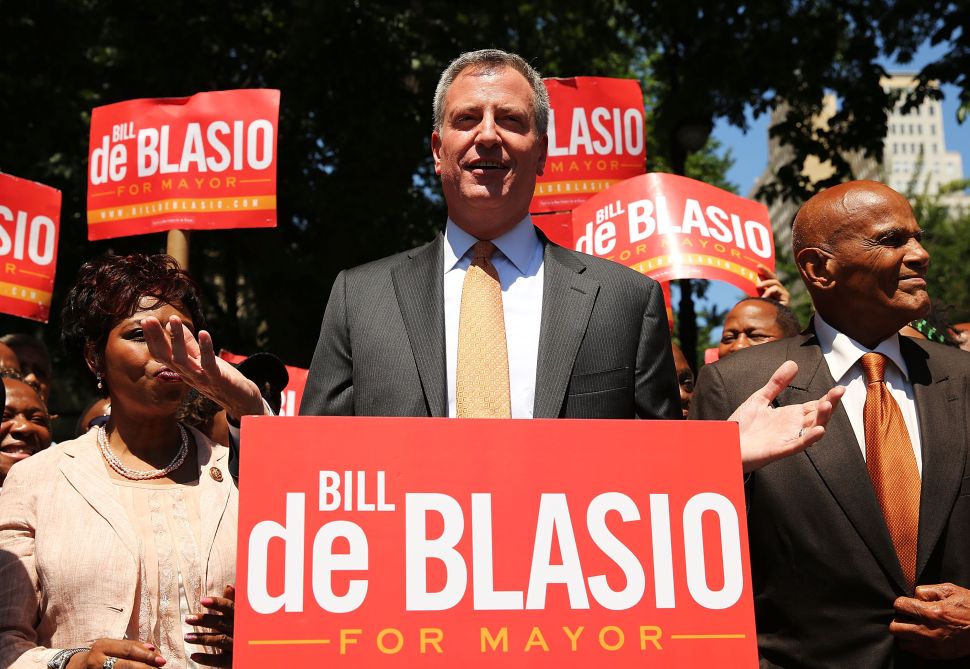