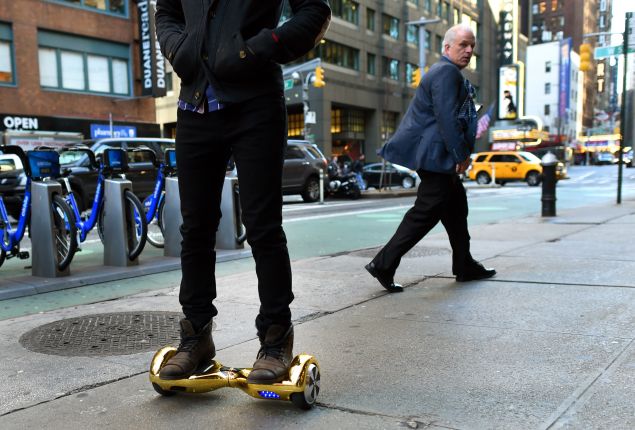 Starting today, hoverboards are banned in New York City subways, buses, the LIRR, and on the Staten Island Railroad. The ban will be accompanied by an advertising campaign by the MTA with the headline “Hoverboards not allowed,” using the well-known “bubble people.” The MTA banned hoverboards for the same reason major airlines, the U.S. Postal Service and NFL teams have. “We’re equally concerned about the safety risk of bringing devices that pose fire hazards into the confined spaces inside trains and buses,” MTA chief safety officer David Mayer said in a statement.  (The Verge)

The New York Jets have settled a class-action lawsuit with their cheerleaders from the 2012 to 2013 season. While the team about $383 million a year, the cheerleaders were only given $150 per game, and were not compensated for practice, travel costs or other expenses related to the image they were required to uphold to be part of the cheerleading squad. Each member of the 2012-2013 squad will receive between $2,500 and $6,000. Similar lawsuits were filed by former cheerleaders or the Oakland Raiders, Cincinnati Bengals and the Buffalo Bills. (NY Mag)

A study conducted by the city’s department of Cultural Affairs has provided the first racial breakdown of New York City’s cultural sector. The study found that 35 percent of people in the cultural sector—which includes museums, theaters and similar organizations—are nonwhite. The report gathered data from from 1,000  cultural organizations by having them answer a survey if they wanted to receive public funding next year. Some organizations like Carnegie Hall have already hired a consultant to address diversity on the board of trustees. The report also noted the strides made in gender equality—53 percent of employees in New York’s cultural sector are women. (WNYC)

This week, the MTA released a model for new open subway cars, also known as the open gangway cars. These cars have already appeared in Paris, Toronto and other cities and could appear in New York City as early as 2020. Officials say the model has multiple benefits, including a greater capacity for riders and a quicker turnover rates at stops. The open gangway plan is part of the authority’s five year capital plan, which has not yet been appproved by the state. If approved, the 10 open gangway cars would cost $52.4 million and would run primarily on the A and R subway lines. (New York Times)

After 12 random slashings in the past few months, some New Yorkers are on edge. On Tuesday night, there were two seemingly random and separate attacks within an hour of one another. The chief of the New York Police Department’s Transit Bureau, Joseph Fox, noted an uptick in these types of crimes.  Now, the police are studying the trends and shifting officers in the wake of the attacks. Police Commissioner William J. Bratton does not believe that copycats are at work. (New York Times) 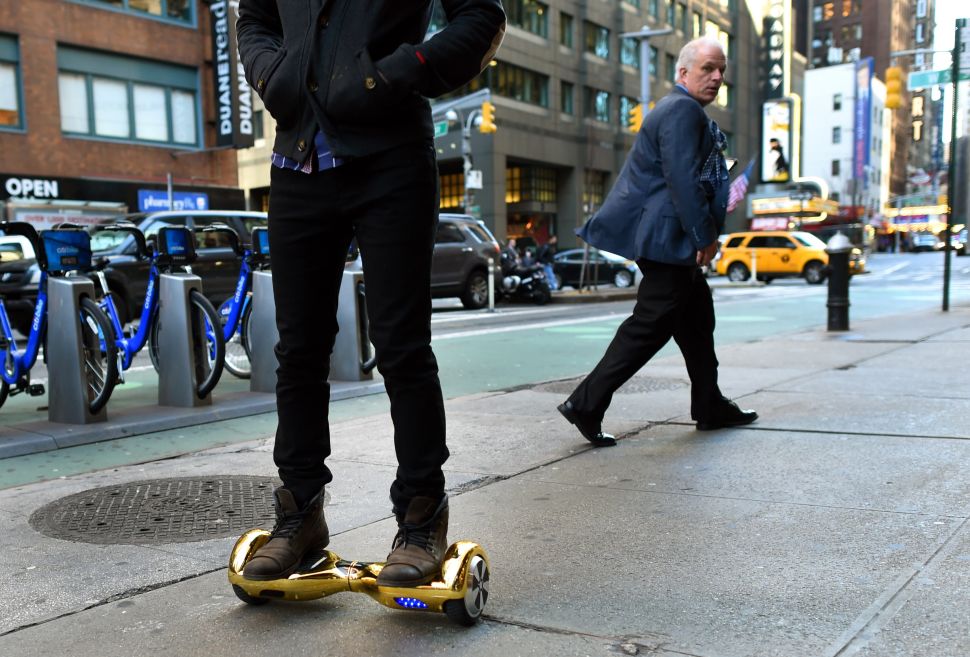