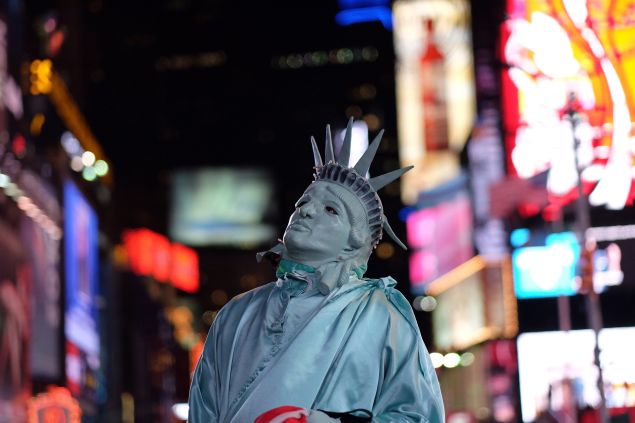 For a North Carolina native in New York for a visit, a snowy Saturday evening in Times Square this past weekend was interrupted by one of the many costumed characters who frequent the area. Miklos Solyom, a Queens man dressed as the Statue of Liberty, was arrested for what the NYPD termed “aggressive begging.” According to the official complaint filed after the incident, the man pressured the tourist into taking a photo with him, and then demanded a $5 payment. The tourist initially refused, but eventually gave in, “feeling threatened.”  Solyom pled guilty in court, and was charged with a misdemeanor. The Manhattan District Attorney said if he is not arrested again before July, the case is likely to be dismissed. (DNAinfo)

Just a day after an elderly woman was slashed by a stranger on the D train, an NYPD officer shot a 25-year-old man with a knife at the Jacob Riis Houses in the East Village. Police say the suspect in this case was repeatedly asked to drop the knife, but he “advanced towards the officers in a threatening manner”. He was wounded in the upper chest but is currently in stable condition at Bellevue Hospital. (New York Times)

New York City’s working women can rejoice—the New York Women’s Equality Act finally went into effect this past week. The act makes it easier to prosecute in cases of pay inequality, sexual harassment and other forms of discrimination. For one, the law requires justifications for pay disparity to be more concrete. Rather than an arbitrary standard, differences in pay must correlate to “education, training [and] experience.” The law also makes it illegal for employers to limit women from discussing their salaries with co-workers, which is often done to avoid lawsuits. (Brokelyn)

Almost two dozen Bhutanese refugees have been participating in a New York state training program in the western part of the state, where they learn how to milk cows so they can find employment at local farms. The program has helped satisfy the need for labor on these upstate farms, and given some Bhutanese refugees, who make up the largest refugee group in Rochester, an easier life. “It’s hard work here, but I am more happy than being in the refugee camp,” Purna Gurung, one of the refugees, said. (New York Times)

A new interactive map shows the parts of the city with the most 311 complaints—which may point to noisiness, or residents who are simply less tolerant of disturbance. The map includes toggles for the time of day, seasons and types of noise complaints. When zoomed in, it even shows specific street corners where 311 calls were made. According to the map, Manhattan has the highest concentration, where complaints are frequently attributed to loud music, followed by Brooklyn neighborhoods Williamsburg and Bushwick. (Gothamist) 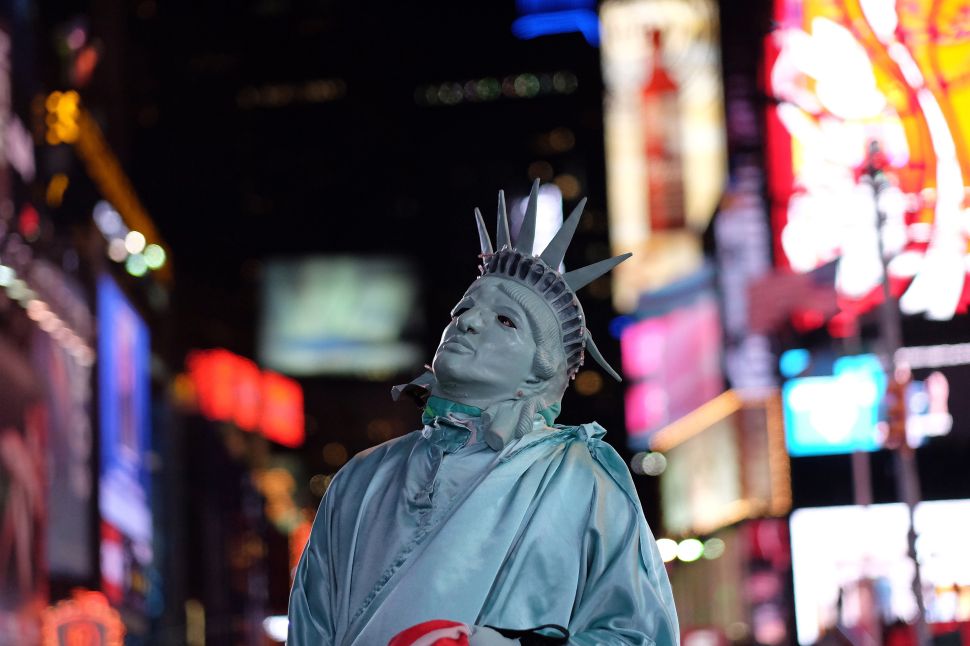