When New Jersey lawyer Stephen Flatow sent an email to some history professors earlier this month he may have hoped for a different response. The American Historical Association was preparing to vote on a resolution accusing Israel of “impeding instruction at Palestinian institutions of higher learning,” citing the fact that Palestinian students are sometimes delayed “15 minutes or more” at security checkpoints erected to keep Israelis from being blown to pieces or stabbed to death. The resolution was not merely misleading; it contained fundamental inaccuracies. And Mr. Flatow noted that his daughter Alisa was one student the checkpoints might have saved. A college junior on a semester in Israel in 1995, Alisa was blown up by a Palestinian suicide bomber.

If Mr. Flatow believed this would cause the resolution’s proponents to engage in self-reflection, he was to be disappointed. Peter Kerstein of St. Xavier University rejected Mr. Flatow’s plea for fairness, signing his email to the father who lost a child to Palestinian terrorists with the Arabic phrase “Salam Alaikum.” Boston University’s Norman Bennett, knowing Mr. Flatow was not allowed to participate in AHA proceedings, sent the clever response: “So make a resolution.”

‘Only against Israel can we find ourselves so powerful. We have, let us face it, no shame.’

Though the AHA’s members defeated the anti-Israel resolution this time, a number of faculty associations have embraced the anti-Israel fashion metastasizing in circles holding themselves out as progressive. In so doing they have both reflected and fueled an ugliness spreading on American campuses.

When the Modern Language Association considered a similar resolution in 2014, its private website contained comments from self-professed scholars ranging from witless to anti-Semitic. “This resolution rightly targets only Israel given the humungous (sic) influence that Jewish scholars have in the decision-making process of academia in general,” wrote one English professor. In the six weeks the site was open for comments, not one of the resolution’s supporters criticized the egregious bit of hate speech—which may be the affair’s most telling aspect. “Only against Israel can we find ourselves so powerful,” wrote one opponent of the resolution, which won a majority but still failed to win enough votes to pass. “We have, let us face it, no shame.”

The American Studies Association endorsed a boycott of Israeli academic institutions in 2013. In 30 years it had not called for a boycott of another country’s universities; its members have been wholly unmoved by the atrocious human rights violations in Saudi Arabia, Qatar, Iran, Egypt, Russia, China, Syria, Turkey and the Palestinian Authority—all places where the United States has had relationships with academic institutions. As far as the ASA was concerned, none of these governments warranted a boycott, or even a debate about a boycott. The only country to be targeted by the ASA in three decades is the Jewish state.

Evidently the ASA is less troubled by the killing of Jewish students than by security checkpoints intended to prevent those killings from taking place.

Under fire for the prima facie case of anti-Semitism that the ASA had effectively constructed against itself, ASA head Curtis Marez, an associate professor of ethnic studies, offered this famously unfortunate defense: “One has to start somewhere.” Either this was so much fraudulent hooey or the ASA is off to a remarkably slow start, because in the two years since it voted to boycott Israel it has shown no interest in the world’s genuinely atrocious regimes, let alone in calling for a boycott of their institutions. This should surprise no one: the organization, whose stated purpose is “to support scholars and scholarship,” has remained stone-silent about the Israeli cemeteries filled with Israeli elementary, high school and college students murdered by Palestinians wielding bombs, guns or knives. Evidently the ASA is less troubled by the killing of Jewish students than by security checkpoints intended to prevent those killings from taking place.

The proliferation of faculty-sponsored condemnations of the Jewish state by those who stay silent about grotesque regimes with incomparably worse human rights records than Israel has occurred contemporaneously with spreading anti-Semitism on American college campuses. The U.S. Commission on Civil Rights has concluded that campus anti-Semitism “is a serious problem which warrants further attention.” A study conducted by the Louis D. Brandeis Center found that over 50 percent of Jewish-American college students reported they experienced or witnessed anti-Semitism on their campuses during the 2013-2014 academic year. One Jewish student at the University of Arizona spoke for dozens of others interviewed during the 2014-2015 academic year by the non-profit AMCHA Initiative. “Never in their wildest dreams would my parents have imagined that I would feel threatened or frightened over the fact that I am Jewish on an American college campus,” she reported. “The reality of the situation is that anti-Semitism and anti-Semitism masked as anti-Zionism have become the new reality of many college campuses throughout the country.”

Brandeis Center President Ken Marcus thinks the simultaneous onslaught of faculty anti-Israelism and campus anti-Semitism is no coincidence. “There is obviously a connection between the academic association boycotts and the outbreaks of anti-Jewish bigotry on campus,” he says. “The professors are giving an air of legitimacy to the virulent anti-Israel hostility that sometimes spills over into outright Jew-hatred. It is like they are providing a moral justification, or permission, for hatreds that have otherwise been considered socially unacceptable.”

Anti-Defamation League CEO Jonathan Greenblatt has a similar view. “Because calls to boycott [Israel] are often used to stifle viewpoints and isolate the Jewish state,” he says, “they can contribute to a hostile atmosphere on campus for pro-Israel and Jewish students, who may not feel comfortable voicing their opinions or otherwise expressing their [pro-] Israeli identities.” American Jewish Committee head David Harris likewise conveys little doubt that the targeting of Israel and the ugliness directed at Jewish students are related. “Having seen a number of campuses up close both professionally and personally, there’s no question that the anti-Israel environment is growing more poisonous,” says Mr. Harris.

The academicians who lend their names to resolutions targeting Israel while ignoring governments that could barely distinguish a human right from a jar of Vicks VapoRub do not concede that they are hypocrites. Far less do they consider themselves culpable in the wave of intimidation that has left so many American Jewish college students fearful of being open about their identity. Culpable, however, is precisely what they are, and in their rush to be politically fashionable, they have left their consciences behind them.

Jeff Robbins, an attorney at Mintz Levin Cohn Ferris Glovsky and Popeo, was a United States Delegate to the United Nations Human Rights Commission under President Clinton. A former Assistant U.S. Attorney, he served as Chief Counsel to the Minority of the U.S. Senate Permanent Subcommittee on Investigations. 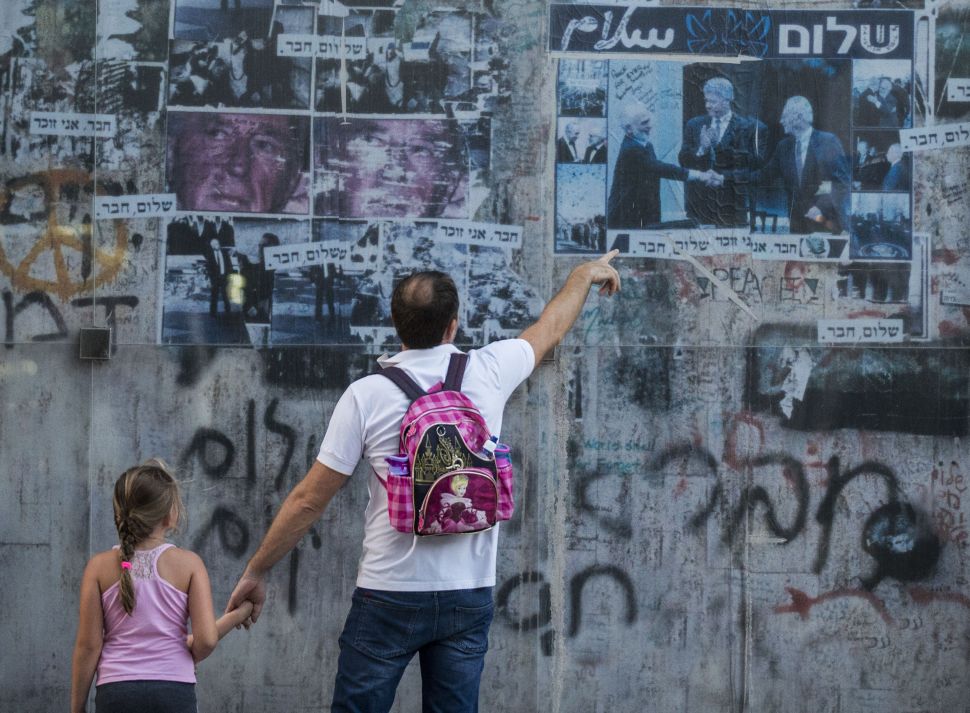