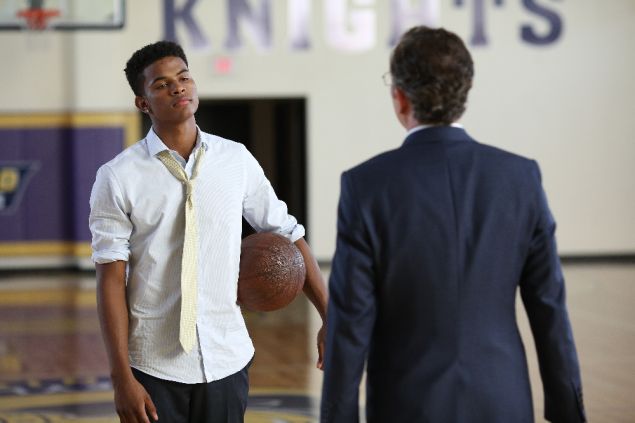 This week’s American Crime begins with a short vignette: a young man performs at a slam poetry event, examining his rape. We don’t know who he is, where he is, or who he’s speaking to. His performance is chilling, and reminds us of important questions that have been posed thus far in the season: what does it mean, for a man to be raped? Why do people doubt that it happens? And what happens when you can’t remember exactly what happened?

However, the poet reiterates ideas that have already been presented to us in previous episodes. Wednesday’s episode presents an entirely new question: when does consensual sex become rape?

Episode four opens with Leslie confronting coach Dan, demanding that he confront his team once more about the allegations. Although Dan is resistant, and still believes that his players are being unfairly accused, Leslie insists, and Dan chastises the group. He then reveals that police will soon be seeking DNA samples from the players, either through the consent of the students, or through the force of warrants. Most players are simply concerned about their futures, but Eric rushes to his parents in a panic.

Although Eric is visibly terrified, he refuses to give his parents any concrete details on the night. Eric’s father meets with Kevin’s parents in hopes of forming a unified front. However, Terri is uninterested in working to defend both Kevin and Eric. As Terri (correctly) points out, Kevin was the only one publicly named in the article, and is the only one currently being interrogated by the police. Their only concern is Kevin, and Kevin alone.

However, their faith might be misplaced. While Kevin was not guilty of the rape, his previous discussion with Eric reveals that he did in fact know what happened to Taylor the night of the party, and could easily be found guilty of obstructing justice. However, Kevin reads off his statement blankly, claiming that he has no knowledge of the incident.

The true conflict of the episode lies with Eric. His father begs him to go to the police, tell them what he knows, clear his name. However, Eric is unable to do so. After his brother playfully snatches his phone, Eric nearly strangles him. After the two reconcile, Eric’s brother reveals that he’s jealous of Eric—of his basketball skills, of his private school education, of his bright future. Wracked with guilt, Eric attempts suicide.

Eric survives the attempt, and awakes to a shaken coach Dan. The two discuss the case, and Eric eventually reveals that he did have sex with Taylor, but that it was consensual. Furthermore, they’d been in contact over email and text, and had planned the encounter beforehand.

The police later inform Lili that Eric admitted to having sex with Taylor, but insisted that the interaction was consensual. Lili confronts Taylor with the emails, and Taylor tells his mother that he did in fact go to the party to have sex with Eric, but insists that, “he didn’t go there to get attacked.”

In that one statement lies the rest of the show’s conflict. Was the sex consensual? Was it rape? In providing context, even some kind of a relationship between Eric and Taylor, American Crime takes on an ambitious question: when does consensual sex become rape?

I applaud American Crime for its step into murky waters into the various gray areas of rape cases. I hope it continues asking difficult questions, and posing equally difficult answers. 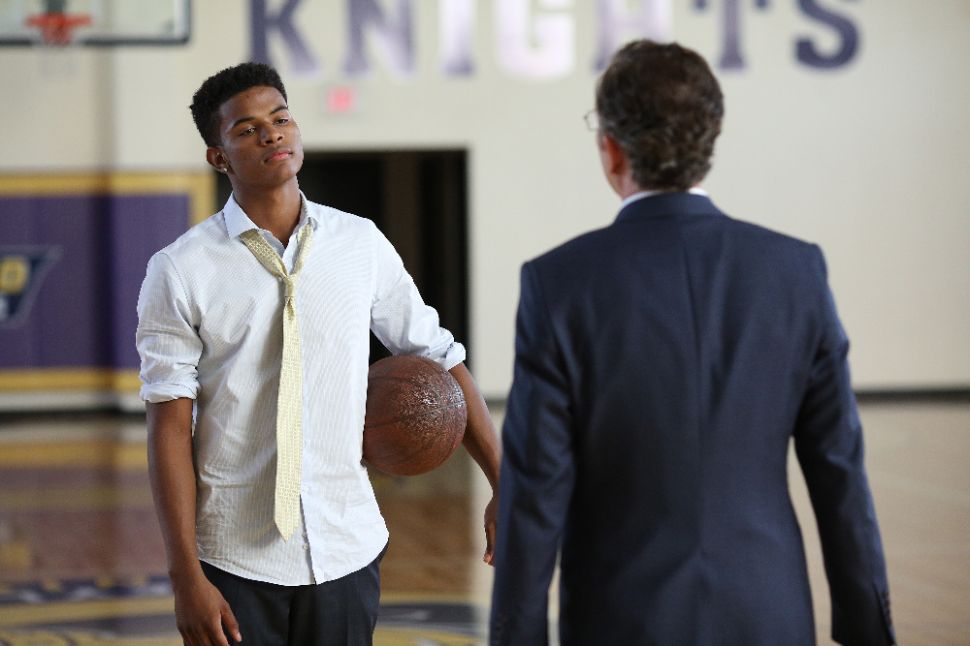