Mr. Cuomo argued the controversial edicts are a “critically needed step forward for our nation” and will cover gaps in existing federal gun control laws. Democrats like the governor and president have long argued existing statutes allow people to avoid background checks and licensing by buying and selling through gun shows, the Internet and through shell companies—while Republicans have maintained regulations on such practices would infringe on the Second Amendment.

“I applaud the President’s decision to take a stand and act, even as Congress continues to delay,” Mr. Cuomo said in a statement, asserting the measures would save lives. “For too long, the American people have been without sensible gun control at the federal level. Thousands of lives have been cut short and countless families have been forced to bury their loved ones too soon – all due to gun violence.”

The orders will also mandate state compliance, allocate additional personnel funding to the Federal Bureau of Investigation’s background check database and call for U.S. attorneys to step up their prosecution of gun offenders—all of which has already drawn criticism from firearms owners and Republicans in Congress. They come in the aftermath of myriad mass shootings last year, and amid the ongoing armed occupation of an Oregon wildlife refuge by right-wing militants.

Mr. Cuomo, for his part, touted his success passing the SAFE Act after the Sandy Hook Elementary shooting in 2013. The New York law banned magazines containing more than seven bullets, called for a registry of assault weapons and ammunition, background checks for the sale of ammo and created new licensing requirements.

The governor, however, has complained that high-power weaponry continues to flow into New York from other states—which he argued made Mr. Obama’s action necessary.

“For all the progress we have made in New York State on this issue, the lack of federal gun control continues to leave our communities in the line of fire,” he said today, calling for more legislation. “Congress must pass a strong national gun control bill and follow the President’s lead in putting the safety of America’s families first.”

Mr. Cuomo has lately sought to raise his national profile by touting the legislation and by aligning his stance on guns with that of Democratic presidential front-runner Hillary Clinton. 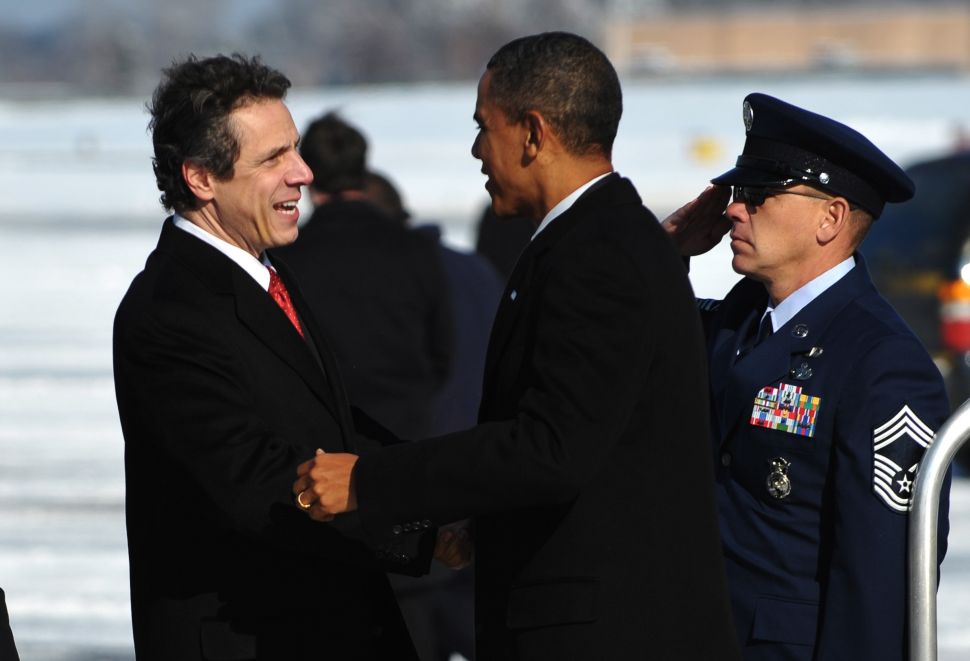