robber who takes his victim’s money, demands his jewelry and then threatens to shoot him for not having enough money.

Let me explain. While it’s without doubt that Atlantic City faces difficult financial circumstances, much of the difficulty is caused by the state. For decades, the state and its agencies have treated Atlantic City as its own bank. New Jersey has taken more than $1 billion from Atlantic City.

It currently takes, through the Casino Reinvestment Development Authority, more than $55 million each year.

The threat of takeover by the state because of city finances is a cynical ploy. The state has set up Atlantic City to fail, so that it can be plundered by outsiders. The reality is the state is seeking to take away the Constitutional rights of the residents of Atlantic City to choose their own leaders.

The state has had control of all hiring, firing and contracts let by the city for several years through its appointed monitor

Again, let me explain. Legislation passed last week that would allow for casinos in Northern New Jersey further reduces revenue to the city and increases competition. It’s a double whammy for Atlantic City;. The legislation creates $50 million in payments from the casinos, but the recipients are the Atlantic County government and city schools. No payment comes to the city.  All payments from northern casinos would go to another CRDA-like state agency.The state is seeking to reduce revenue to the city in a cynical manner to attempt a takeover. If revenue falls below 50 percent locally, the state has used that as an excuse for takeover. Witness Camden City.

As he points out, the state has had control of Atlantic City’s tourism district for nearly five years. During that time, four casinos have closed and convention bookings are down.

But it’s not enough that the state has taken our money. It now wants our assets, including the Municipal Utilities Authority. These are wrong moves and the state’s own monitor and Department of Community Affairs has said so.

The state is one of the biggest offenders of having assets that it owns yet contribute nothing to Atlantic City. The CRDA owns 675 properties that pay no taxes. The state could sell these assets, get them back on the tax roles and help generate additional revenue for Atlantic City.

One of the most distressing thoughts related to a state takeover is the potential disenfranchisement of voters. While gains in voting rights are being threatened at the federal level, it would be unfair, undemocratic and un-American for the state to deny Atlantic City voters their Constitutional Right to choose their own government, a mayor and city council with real authority.

Atlantic City is vastly diverse. But its largest group of residents is African-American. To deny any voter  his or her right would be wrong. It would be particularly hurtful to deny African-Americans the full value of their vote.

The best course of action for the state is recognize Atlantic City no longer occupies a unique place in the gaming market, but is still unique in New Jersey. The state should allow Atlantic City to keep the revenue generated in Atlantic City and let those who know Atlantic City the best — its locally elected officials — the freedom to determine the city’s future.

Frank Gilliam is a member of the Atlantic City Council and served as its President. 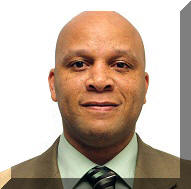