When I saw that this episode was going to focus on Chip training a Juggalo in the clown arts I was ready for some real deranged hilarity, but now that the episode is over all I really want to talk about is Martha. She delivers all the best lines this week, and drew the biggest laughs out of me, and I officially  love her.

It’s been a while since I laughed as hard as I did at her repeatedly offering to go missing off the face of the earth to save her anxious manager from having to fire her if she failed to sell an executive-level Costco membership. Her delivery is so flat and dry and super, super sincere. And later in the episode, when she tells Chip she’s watching her spending because she’s saving up to buy an app…that might be the saddest, most weirdly endearing thing I’ve ever heard a character on TV say.

Chip is endearing as well, but in a much more complicated way. This week he takes a new arrival to the rodeo—Jugs, a Juggalo—under his wing. Even though Chip views clowning as high art and Jugs has committed himself to the root beer spewing antics of a pop group about as lowbrow as it gets, they’re united in that they’re both struggling to resist the call of steady jobs as cashiers at Arby’s. The funniest scene this storyline delivers is when Chip walks Jugs through a simple routine miming a reaction to having feces on his fingers, and it’s not actually that funny as much as it’s a weird dose of character development for Chip, who takes the whole thing incredibly seriously.

I think what makes Chip endearing, and two episodes in what makes this show seem special, is that I don’t know of much else on television that plays with the idea of whether someone can consider themselves an artist if what they do is silly, if no one else sees what you’re doing as art. There’s lots of shows with characters running into conflict over whether their art has value, I guess, or whether it’s worthwhile to stick with art despite the necessary sacrifices, but the typical exploration makes it clear that the artist in question is in fact talented, that what they’re doing is definitely worthwhile. Here, it’s pretty obvious that Chip is a shitty clown, and that devoting himself to clowning is ruining his life.

The whole thing might be poking fun at the kind of show that that takes artistic risks and sacrifice super seriously, but I think it’s a little more interesting than that. There’s a weird dignity to Chip Baskets…he’s pretentious and disdainful towards everyone, but in any scene where he’s put in a room where a normal conversation is taking place—or as close to normal as this show gets—that normal conversation is so stupidly deadening that it ends up making Chip seem like a visionary whose disdain for the straight life is almost admirable. Louie Anderson is great as Chip’s mother, and her passion for Costco and curly fries and sports drinks is laced with a smugness that makes clowning—even poorly—seem noble.

In the end, Chip’s mother bails Martha out by buying a Costco membership (after gloating that she has every membership that Costco has ever offered) and Chip is heartbroken when Jugs takes a job at Arby’s. That’s pretty much it, there isn’t a ton of story to recap here. Two episodes in, it’s hard to tell if the show is working…well, actually it’s more hard to tell if this if the show is hitting the notes it’s interested in, or if it’s going to develop its voice and point of view over the next eight episodes. Because that’s how a normal TV series works, it starts off one thing and you watch it either come together or fall apart. But then, this isn’t really like other shows, because what other show would toss a Juggalo into the rodeo and play his giving it up as sort of tragic? What other show would put Zach Galifianakis in clown makeup and have him serve as the straight man to a Costco employee? 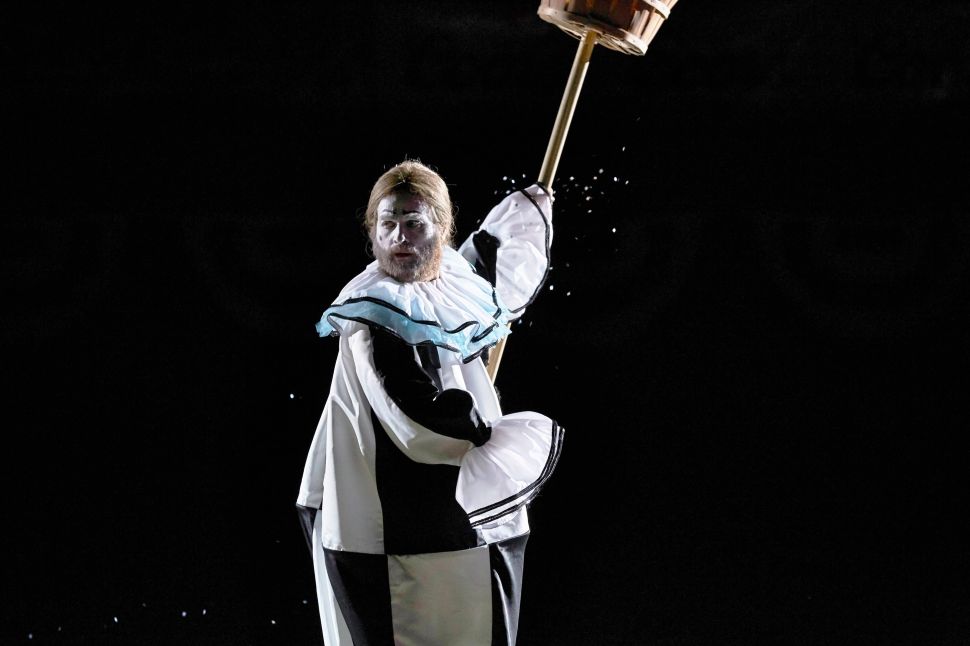