Twenty-five years after the Cold War ended, red baiting is back in vogue. Leading the charge to let us know that we’re better off dead than red is Hoover Institution fellow Paul Sperry, who warns in The New York Post that Vermont Sen. Bernie Sanders is “not even a socialist. He’s a communist.”

Mr. Sperry isn’t alone. Numerous Democratic politicians have joined in on the red baiting. Missouri Governor Jay Nixon told The New York Times, “Here in the heartland, we like our politicians in the mainstream, and he is not — he’s a socialist.”

The state’s senator, Claire McCaskill told the paper, “The Republicans won’t touch him because they can’t wait to run an ad with a hammer and sickle.”

Mr. Sanders once cited a speech by Teddy Roosevelt as the core of his ideology, stating, “Real freedom must include economic security. That was Roosevelt’s vision 70 years ago. It is my vision today.

In the fall, former Maryland Gov. Martin O’Malley claimed Mr. Sanders represents “the proven failure that is socialism.” He previously accused his Democratic rival (if you can really call him that) of wanting to “scrap capitalism, and replace it with socialism.”

Mr. Sanders has never suggested this, so at least Paul Sperry got it half right—Bernie Sanders is “not even a socialist.” Instead, he is the ideological progeny of one of our country’s greatest Republican presidents, Teddy Roosevelt, and his 1912 Progressive (Bull Moose) Party platform.

That party’s nickname can in part trace its routes to a speech given in the very Milwaukee auditorium where Republican presidential candidates debated in November. Outside the theater on October 14, 1912, an anarchist shot the former president who went ahead and delivered his remarks with a bullet lodged in his chest. The wounded Roosevelt, who tried to recapture the office he left in 1909, informed the audience, “I have just been shot—but it takes more than that to kill a Bull Moose.” He noted that his life was likely spared when the bullet was slowed down as it passed through the lengthy (and thick) speech in his coat pocket.

Perhaps the reason the Republican candidate who shared that stage did not invoke TR was the message he delivered from that stage: “The laboring man must organize for his own protection, but that it is the duty of the rest of us to help him.”

That same year, the Bull Moose Party platform, written by Roosevelt, laid out one of the most progressive platforms in American history calling for “the protection of the home life against the hazards of sickness, irregular employment and old age through a system of social insurance adopted to American use.”

The party backed, among other policies:

• A commission to regulate securities markets

• Infrastructure through “the early construction of National highways;”

Roosevelt explicitly expressed his desire to increase the share the wealthy paid in taxes in his “New Nationalism” speech:

The Observer asked University of Virginia historian Sidney Milkis, author of Theodore Roosevelt, the Progressive Party, and the Transformation of American Democracy, about the ideological linkages between Mr. Sanders and the former Rough Rider. Mr. Milkis noted that “Sanders is not a democratic socialist; maybe he once was…but his rhetoric and policies fit within the American progressive tradition, which was advanced importantly by the 1912 Progressive Party campaign.”

Mr. Milkis also remarked, “Interestingly, the raison d’etre of [Roosevelt’s] campaign was to steal the thunder of the Socialists, who were at high tide in 1912. Eugene Debs was a real socialist who drew sharp contrasts between capitalism and socialism.”

To Mr. Milkis’ point, when asked by Tim Dickinson of Rolling Stone about Debs’ statements that “talking about wage earners as ‘slaves’ oppressed by ‘some capitalist parasite,’ calling on workers to fulfill their ‘great historic mission; to ‘overthrow the capitalist system,’ ” Mr. Sanders was quick to disassociate himself from Debs. (Bernie Sanders himself read these in a 1970s documentary he made about Debs.)

Mr. Sanders told the reporter, “Those were Debs’ [words]. You’re not quoting me as saying those things.”

When Mr. Dickenson pressed Mr. Sanders on whether he agreed with Debs when he made the documentary, he answered “no” while suggesting he shared Debs’ vision. Did this include “overthrowing the capitalist system?”

“No, no, no. Now you’re being provocative,” Mr. Sanders protested. “If you follow my campaign, have you heard me talk about overthrowing the capitalist economic system?”

Mr. Milkis explained to the Observer, “The socialist platform began with the premise that ‘the capitalist platform has outgrown its historical function.’ The progressives proposed instead to reform capitalism—with a full blown welfare and regulatory state.”

That is explicitly the ideological crossroads where Bernie Sanders sits. A deeply American tradition, built from the platform of a Republican president, “consciously” advanced by his cousin Franklin, as Mr. Milkis points out, in “his 1944 State of the Union address, which calls for a Second Bill of Rights, to ‘supplement’ the first—and provide for a greater sense of security for individual men and women.”

Mr. Sanders himself once cited that speech as the core of his ideology, stating, “Real freedom must include economic security. That was Roosevelt’s vision 70 years ago. It is my vision today. It is a vision that we have not yet achieved. And it is time that we did.”

There is nothing wrong with being a democratic socialist, but Bernie Sanders isn’t one. Those spreading this delusion additionally need to confront the fact that that calling someone a socialist will not have the same impact as it did at the height of the Cold War. A recent Bloomberg survey of likely Iowa caucus goers found that 43 percent of Democrats describe themselves as “socialists” while only 38 percent described themselves as “capitalists.”

So unless your fear of communism includes a president enshrined on Mount Rushmore, perhaps we can dispense with the Red Scare tactics. 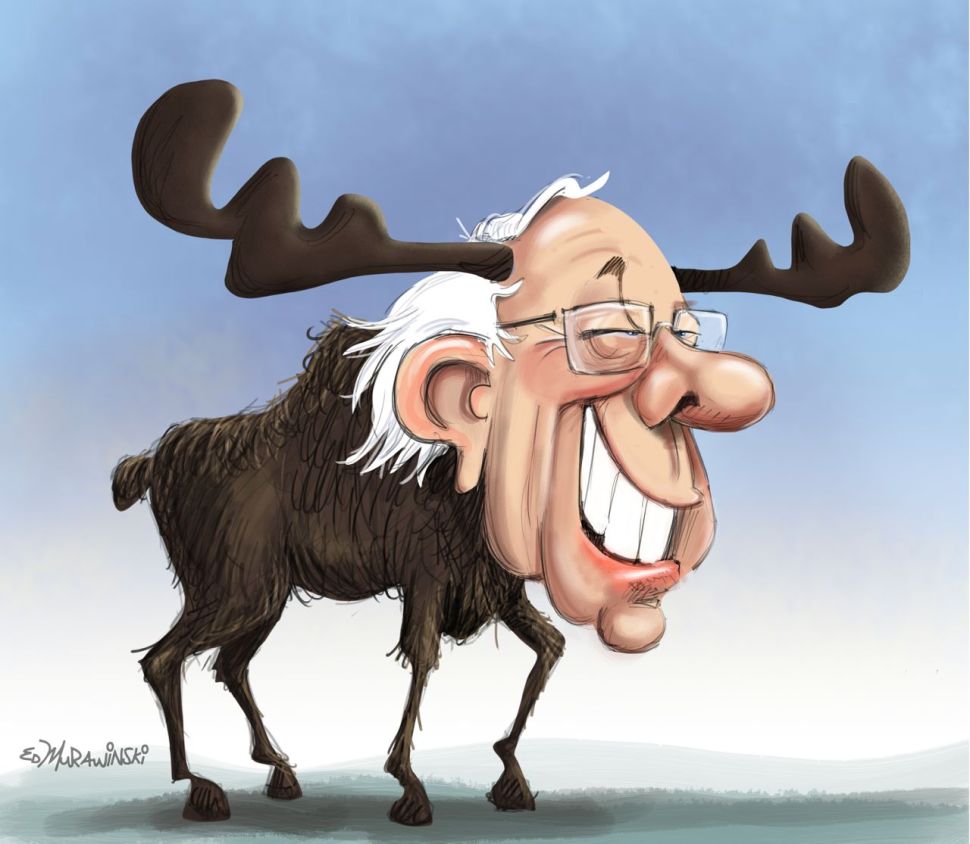