Mr. Snyder, the Republican governor, is under fire after high levels of lead were found in Flint’s . Michigan’s attorney general opened an investigation yesterday and asked President Obama to declare a national emergency as national guard troops distributed bottled to the city’s 100,000 residents.

Residents are unable to use tap for drinking, bathing, or cooking.

“There are no excuses. The governor long ago knew about the lead in Flint’s ,” Mr. Sanders, a Democratic presidential candidate, said. “He did nothing. As a result, hundreds of children were poisoned. Thousands may have been exposed to potential brain damage from lead. Gov. Snyder should resign.”

In the last three weeks, a Snyder-appointed panel claimed state officials had for months wrongly brushed aside complaints about the contamination. The governor apologized for the state’s performance and Michigan’s top environmental regulator resigned.

Even as Mr. Snyder declared a state of emergency, requested federal action and summoned the National Guard, he has continued to face mounting criticism that the state has been slow to react, despite admitting its mistakes.

State officials also disclosed this week that in 2014 and 2015, there was a spike in Legionnaire’s disease cases in Genesee County, which includes Flint. There were 10 fatalities, coinciding with the contamination of the supply.

Mr. Sanders, a self-described democratic socialist, warned “families will suffer from lead poisoning for the rest of their lives. Children in Flint will be plagued with brain damage and other health problems.”

A spokesman for Mr. Snyder, Dave Murray, shot back that “political statements, and finger pointing from political candidates not involved in finding solutions for Flint, only serve to distract from solving this crisis.”

“The best thing for the people of Flint is that every effort is focused on solving this emergency, getting the aid needed to help the residents, and ensuring that clean drinkable is restored to the city,” he said.

Hillary Clinton, Mr. Sanders’ top rival, also said she was infuriated by the crisis and was in contact with members of Congress in Michigan. She did not call for the governor, who briefly mulled a run for president, to resign. 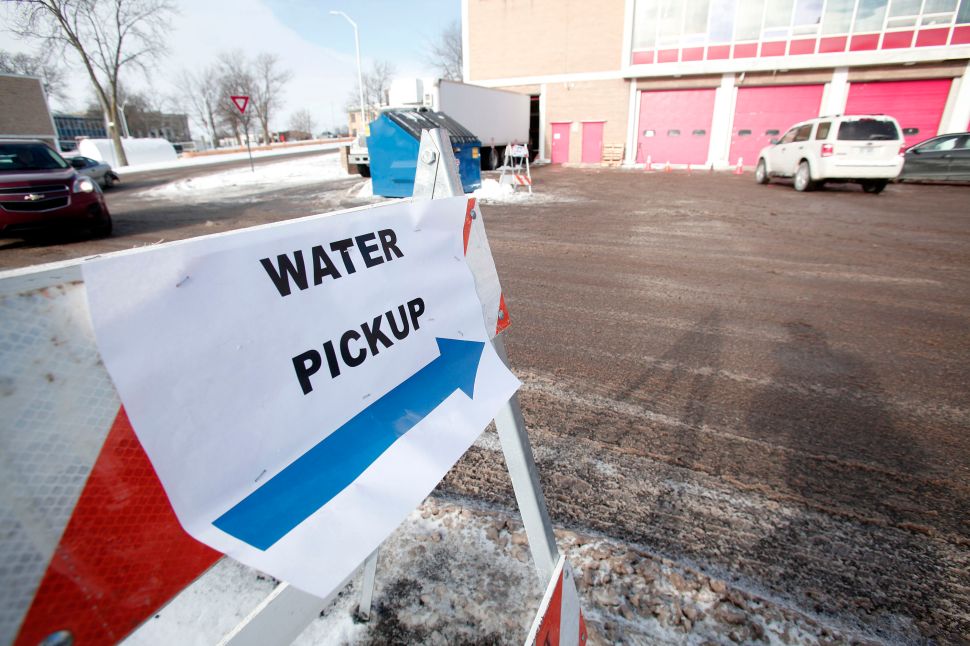