Many of the sexist accusations against Hillary Clinton have revolved around the claim she used the power and fame of her husband, Bill Clinton, to kick start her own political career. Such arguments are untrue, but Ms. Clinton has begun to use Mr. Clinton as an asset to her campaign, which backfired recently when he spoke in New Hampshire. During his speech, several women on stage had noticeable trouble paying attention to Mr. Clinton, and acted thoroughly unimpressed with what he had to say. The event itself had few attendants, and those who did turn out in support of Ms. Clinton seemed lethargic at best.

Mr. Clinton’s first solo speech for his wife’s campaign was a desperate attempt to gain ground over her opponent, Senator Bernie Sanders, who maintains a comfortable lead just a few weeks short of the start of the state primary elections. But, given the former president’s scandalous sexual history—which Republican frontrunner Donald Trump has called ‘fair game’—Mr. Clinton is doing more harm than good.

In a Washington Post op-ed on December 28, Ruth Marcus admits that while Mr. Trump’s comments were sexist, his criticisms of Mr. Clinton have merit.

‘She is using her husband as a campaign surrogate, and simultaneously calling Trump sexist. These moves open a dangerous door. It should surprise no one that Trump has barged right through it.’

“He has a point about Clinton playing the ‘woman’s card,’ and about the male behavior that’s more concerning: her husband’s,” Ms. Marcus writes. She went on to discuss Ms. Clinton’s penchant for using allegations of misogyny to rally her support base.

“Hillary Clinton has made two moves that lead me, gulp, to agree with Trump on the ‘fair game’ front. She is (smartly) using her husband as a campaign surrogate, and simultaneously (correctly) calling Trump sexist. These moves open a dangerous door. It should surprise no one that Trump has barged right through it.”

“You are very rude and I’m not going to ever call on you,” Ms. Clinton responded.

In addition to Mr. Clinton’s infamous affair with Monica Lewinsky that almost resulted in impeachment after he lied under oath, Juanita Broaddrick, Kathleen Willey and Paula Jones have also accused him of sexual improprieties.

Ms. Broaddrick told NBC’s Dateline in 1999 that, two decades earlier, Mr. Clinton raped her while campaigning for governor of Arkansas.

Ms. Willey was a volunteer at the White House who accused Mr. Clinton of grabbing and kissing her in the Oval office’s private study in 1993.

While notable figures often invoke false allegations for fame and money, Mr. Clinton has warranted so many—several of which have been proven true—that his worth to the Clinton campaign has dissolved.

In December, at a campaign stop in New Hampshire, one woman asked: “Secretary Clinton, you recently came out to say that all rape victims should be believed. But would you say that Juanita Broaddrick, Kathleen Willey and Paula Jones be believed as well?”

“I would say that everyone should be believed at first until they are disbelieved based on evidence,” Ms. Clinton responded, and quickly moved on to another question. This would seem as though Mr. Clinton’s accusers have been proven false based on evidence—but the contrary is true.

While the personal matters should stay personal, the fact that Ms. Clinton is touting her husband around while priding herself on fighting for women’s rights is hypocritical. Mr. Sanders has gained overwhelming support because of his consistency and integrity. Ms. Clinton is proving she has neither, and is willing to make compromises as long as it means winning more votes. 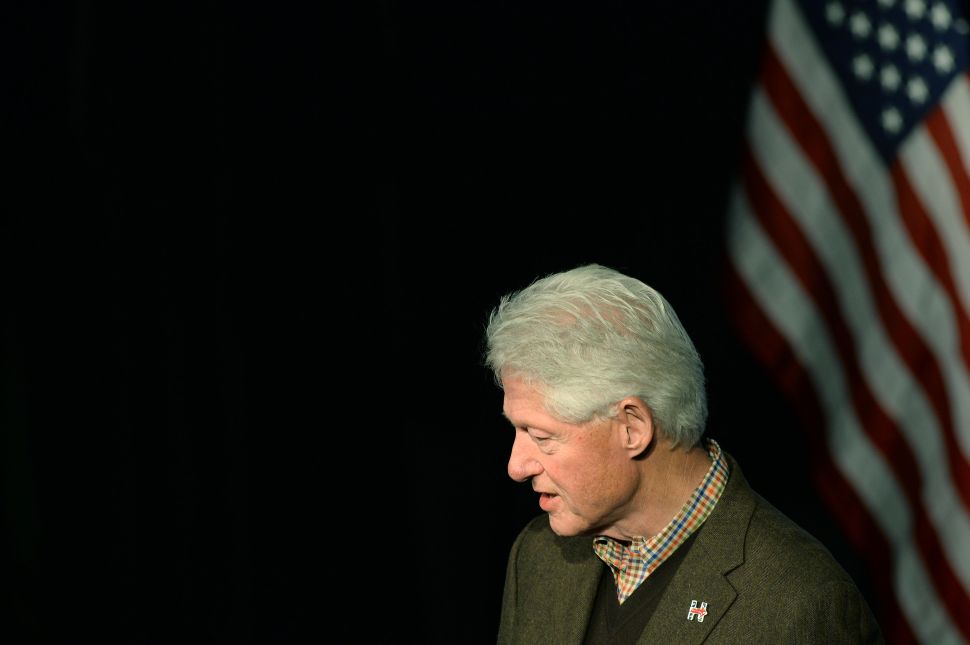