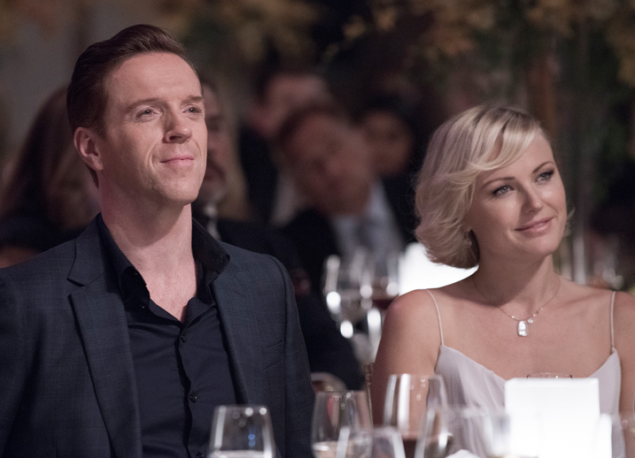 Has this ever happened to you? You’re watching a cable series in which a bound and gagged Paul Giamatti got used as a human ashtray/urinal in the opening scene of the very first episode. Gee, you think, this prestige drama about powerful men with deep-rooted psychological problems seems interesting, but I’m just not convinced there will be enough tOtaLLy TwiStEd sex. How can I know for sure the decision to have a lady piss on a gentleman in the first minute of airtime reflects an abiding interest in context-free kink on the part of the filmmakers?

The answer is easy: “Naming Rights,” episode two of Billions! Want to watch a naked woman we’ve never so much as seen clothed before snort coke off the tits of the woman who just finished going down on her? You got it, PnP enthusiast! Want to watch Gale from Breaking Bad and a Southern businessman get jerked off simultaneously in a massage parlor while discussing business, because you for some reason didn’t get enough of that bit when Showtime did it with Kevin Nealon on Weeds five years ago? Lube up and enjoy! Want to hear the guy from Oz say his fetishes are so deeply disturbing you shouldn’t even think about them, then find it out they apparently involve a dwarf? Well, aren’t you the edgy one, but no matter—here you go!

Chronicling the lifestyles of the rich and bodyshameless has always been abyss-gazes-also shit, with the line between critique and exploitation blurring the moment the panties drop. Surrounding some outré sex shit with the trappings of big money, then stepping back and going “Wild, huh? Really makes you think” doesn’t make anyone think at all, not without a level of technical and tonal control of a Martin Scorsese—and Wolf of Wall Street even gave him a run for his money. (It worked, though, unless you’re the type to hold filmmakers responsible for the reactions of the biggest moral morons in the audience.) Right now we’re simply not far enough into the parallel narratives of Chuck Rhoades and Bobby Axelrod, not well versed enough in the rules that govern the show’s handling of sexuality and morality, not well-acquainted enough with any of the characters involved for this Strong Sexual Content shit to feel like anything but a corny, horny Showtime After Hours series.

It’s worth leaning hard on this, because the rest of the show still seems promising enough to handle constructive criticism. In this episode, the scenes in which Axe and his merry (mostly) men quote GoodFellas and trade R-rated insults so elaborate they must stay up late workshopping them is as sharp about the malignant side of masculinity as the sex stuff elsewhere is sloppy. “We have to be more pure than the Virgin Mary before her first period,” Axelrod’s right-hand man Wags warns his crew as the SEC closes in; “Fuck, Wags,” Axe chuckles, admiring the effort to come up with just the right grotesque thing to say. Elsewhere he cuts Wags off in the middle of a hurdling metaphor to ostentatiously spare a down-on-his-luck broker’s feelings. This is a game to them, and as long as they’re winning they’ll play by whatever rules they like.

Smarter still, thanks largely to Damian Lewis’s odd intensity, is the closing sequence, in which Axelrod buys the naming rights for a grand old building out from under the old-money family that’s had their name on the place for a century. Why? Revenge, plain and simple: the paterfamilias got him fired from his much-needed job as a caddy back when he was a kid. “Are you saying we’re here because of that ancient bullshit?” asks the old man’s heir incredulously. “THAT’S RIGHT!” Axelrod responds, his voice doubling its decibels, his eyes alive with mischief, his wife Lara looking on with undisguised delight. This is the Conan the Barbarian School of Business: crushing your enemies, seeing them driven before you, and hearing the lamentation of the women.

And the contrast with Rhoades couldn’t be clearer. While Bobby is humiliating strangers for sins their grandfather committed, the attorney general, chastened by a run-in with a first offender he’s about to throw in jail (and away from his kids) for four years, lets Axelrod’s sacrificial lamb Steven Birch settle his stock-fraud case rather than take it to trial. Paul Giamatti can growl and declaim his way through any dialogue he wants, but actions speak louder even than rants, and Chuck and Bobby have acted very differently indeed. The former continues to come across as straightforwardly (if grumpily) heroic, while the latter takes every advantage he can. He’s like capitalism itself in that way: He just can’t help himself. Let’s hope the show learns a lesson from him and keeps it in its proverbial pants for a while. 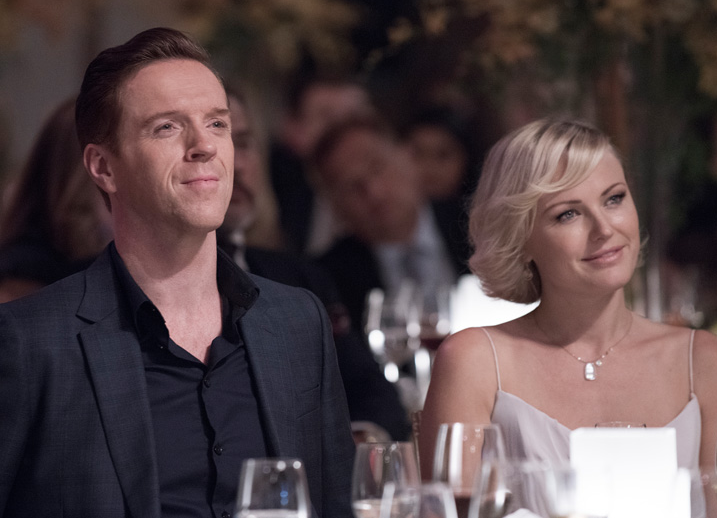