The first full-length opera by Georges Bizet, Les Pêcheurs de Perles, has never achieved anything like the classic status of his mature masterpiece Carmen, possibly because the earlier piece—despite its title—has practically nothing to do with the pearl-fishing industry. But in the new production of this opera that opened New Year’s Eve at the Met, music, singing and stage production combine to glisten as exquisitely as a strand of flawless pearls.

Credit Bizet himself for a major share of the success. Only 24 when the work premiered in 1863, he inundated the wispy tale—two lifelong friends competing for the love of a chaste priestess—with more melody than some composers eke out in a whole career. Most familiar is the celebrated “friendship” duet, “Au fond du temple saint,” in the opening scene, but after that the tunes just get more and more delicious. It’s a whole score of highlights.

But these gorgeous numbers don’t perform themselves, and the Met has fielded a cast of superb vocalists who are also sensitive interpreters. (Trust me, these two qualities don’t always coincide.) Among the well-balanced trio of principals, tenor Matthew Polenzani excelled as the lovelorn Nadir, floating out the lyrical aria “Je crois entendre encore” in a seamless voix mixte crowned with a perfectly placed pianissimo high C.

The priestess Leïla conceals her face behind a veil much of the time, and soprano Diana Damrau accomplished a similarly elusive vocal effect with ravishing filigree high notes and soft fluttering trills. In the third act, when Leïla pleaded for her lover’s life, Ms. Damrau unleashed full, blazing tone including a ferocious chest voice.

As the vengeful Zurga, Mariusz Kwiecien once or twice pushed his slender baritone too hard, but in calmer moments he commanded a gracious legato. He is invariably an elegant singer, ennobling the scheming character to the point that the melodramatic finale of the opera felt like high tragedy. Echoing his restraint was the poised conducting of Gianandrea Noseda.

The colorful production directed by Penny Woolcock shifts the opera from the fairy-tale “Oriental” setting specified in the libretto to a bustling harbor village in a contemporary developing country. The updating is done with a light touch, creating a series of striking stage pictures including a gorgeous “underwater ballet” of divers plunging into shimmering ocean waters.

Real-life pearl diving is apparently a million-to-one shot, but audiences for this Pêcheurs will enjoy much friendlier odds. Everything about it is a treasure. 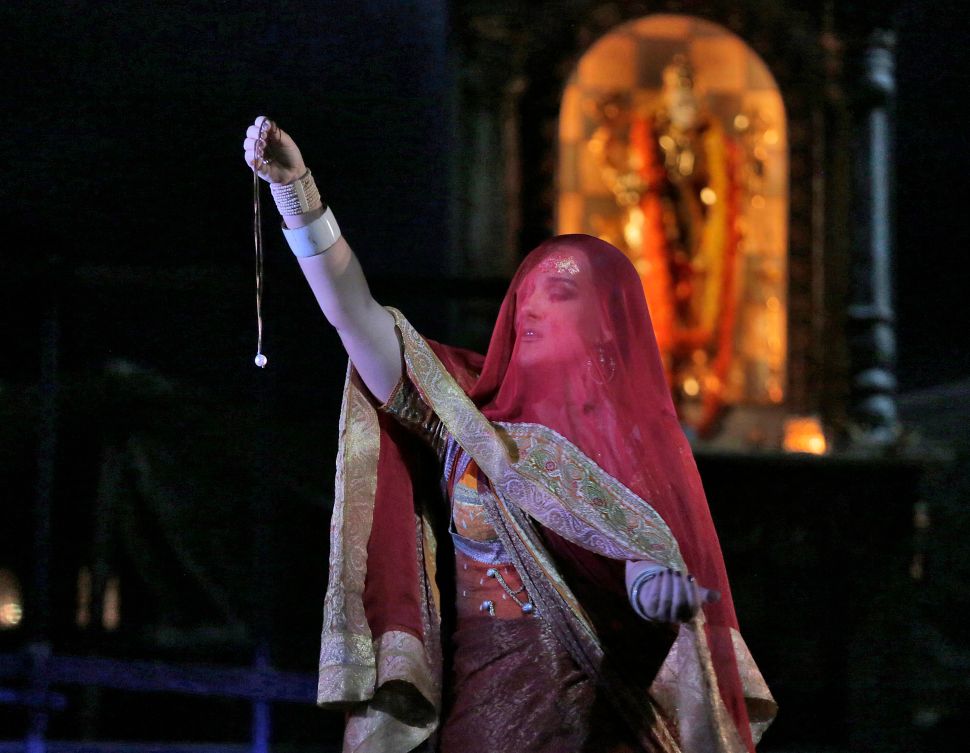