It’s sweltering in Los Angeles, close to 100 degrees, but photographer Mick Rock is still—as always—the pinnacle of cool. Sitting in the lobby of the Roosevelt Hotel on Hollywood Boulevard, with throngs of tourists and the occasional Jack Sparrow or Charlie Chaplin lookalike sidling up trying to make a buck, Mr. Rock is looking through his latest book for the first time, and he’s beyond thrilled.

The British artist is in town for the opening of his show at Taschen Gallery on Beverly Boulevard and for the debut of said Taschen book entitled The Rise of David Bowie: 1972-1973, revolving around his 20 months (1972-73) with the musician. At $700, and weighing in at a hefty 16 pounds, with a hologram cover of different head shots, the limited-edition book showcases Mr. Rock’s photographic prowess resplendent in its historical context.

Initially there were not many photographers shooting Bowie. “Ziggy Stardust was all David. The hair, the makeup, the costumes, the performance. He continued to get more and more sophisticated in the way he dressed and looked; so by ’73, the period he calls ‘the Aladdin Sane period’ and I call ‘Ziggy Mach 2’…he had blossomed into this incredible, exotic creature. By the time he finished with that, every photographer in the world wanted to shoot him. But right at the beginning…it was me.”

Mr. Rock has continued to shoot some of the most iconic people in rock and art, ranging from Gaga and Joan Jett, to one of his most unusual shoots, a Christmas montage of Truman Capote and Andy Warhol. The wig-wearing artist played Santa, no less. “Truman was supposed to wear the Santa Claus outfit too, but he was too drunk and we couldn’t get him in it,” muses Mr. Rock. “Funny story… at one point I’m bouncing up and down (shooting them) and Andy said in his typical whispery Warhol voice, ‘I think you’re standing on some of my canvases.’ ”

Mr. Rock has always viewed the musicians he’s shot not as subjects, but as the epitome of art itself. “I used to do interviews in the early days; I think that’s why I connected with so many of them. It wasn’t that I plunked them down in front of the camera for an hour or two and that was it…I didn’t give a fuck about the magazines, I cared about how they (his subjects) felt in the pictures. I saw them in a certain light; I saw them through the prism of the poets. To me, they were Baudelaire and Byron and Shelley, and all the Beat poets, too. That’s the sensibility that I came into it with.” 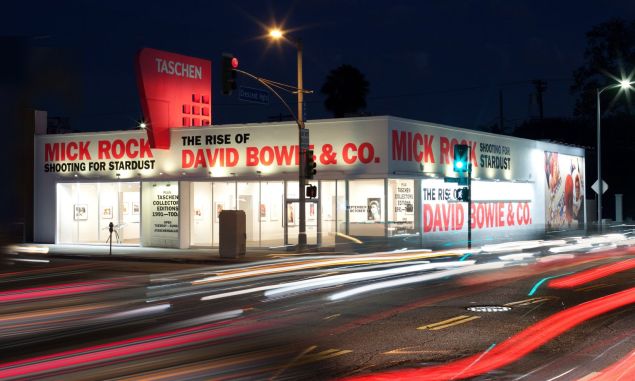 When putting this book together, Mr. Rock said “I told the Taschen team, I can’t do it unless David gives his approval and gets involved; I don’t do that; and he wouldn’t have signed them if he hadn’t approved.” (Bowie and Mr. Rock’s signatures grace all 1972 copies of the edition).

About 50 percent of the photos have never been seen before. “Wherever you look, David’s got a great set of legs on him,” says Mr. Rock. “I never saw him exercise though.”

The book undoubtedly exemplifies a seminal period in the career of Bowie, as well as being a historical testament to the time period. “People ask me all the time ‘Did you know this, and did you know that’ about what happened back then; I say ‘Well, I probably thought I knew everything back then, but I actually knew nothing.’ And how could anyone have known that all this would be such a big deal?” 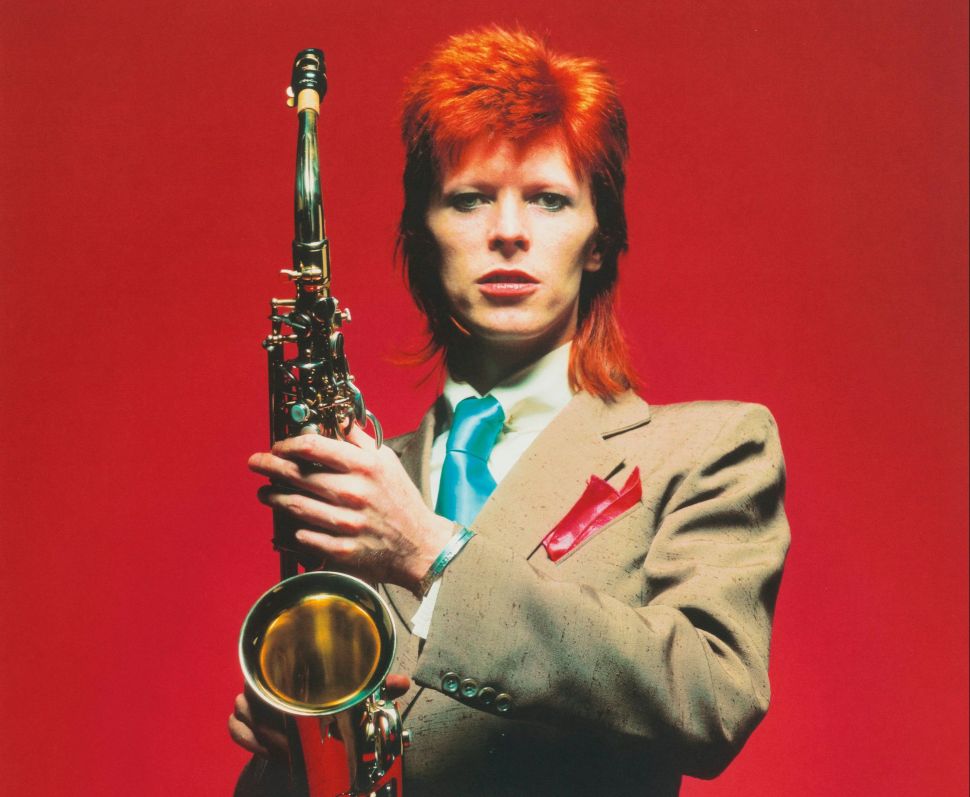