To the eyes of dog-faced politicos it looked like an opening round to a potential 2017 gubernatorial general election match-up as Jersey City Mayor Steven Fulop swore in a Democrat on the Cranford Township Committee before Assembly Minority Leader Jon Bramnick (R-21) swore in a Republican.

Fulop was a big financial backer of Tom Hannen ‘s for the Democrat’s second term on the Cranford Township Committee. Bramnick backed Republican Andis Kalnins, who will serve as mayor in ’16. The minority leader attended the reorganization in the company of his slate mate, Assemblywoman Nancy Munoz (R-21).
“We’re going to call in some Republican reinforcements now that Fulop’s in the house,” cracked Bramnick, putting his cellphone to his ear as the Jersey City mayor entered the committee chamber.
The gag was Bramnick’s allusion to the mayor slapping at the minority leader’s tour of Hudson County when Hudson County Republican Committee Chairman Jose Arango joined him on the trail in Fulop’s backyard.
Fulop’s Cranford stop was one of about nine swearing-in ceremonies he has attended or is scheduled to attend around the state. 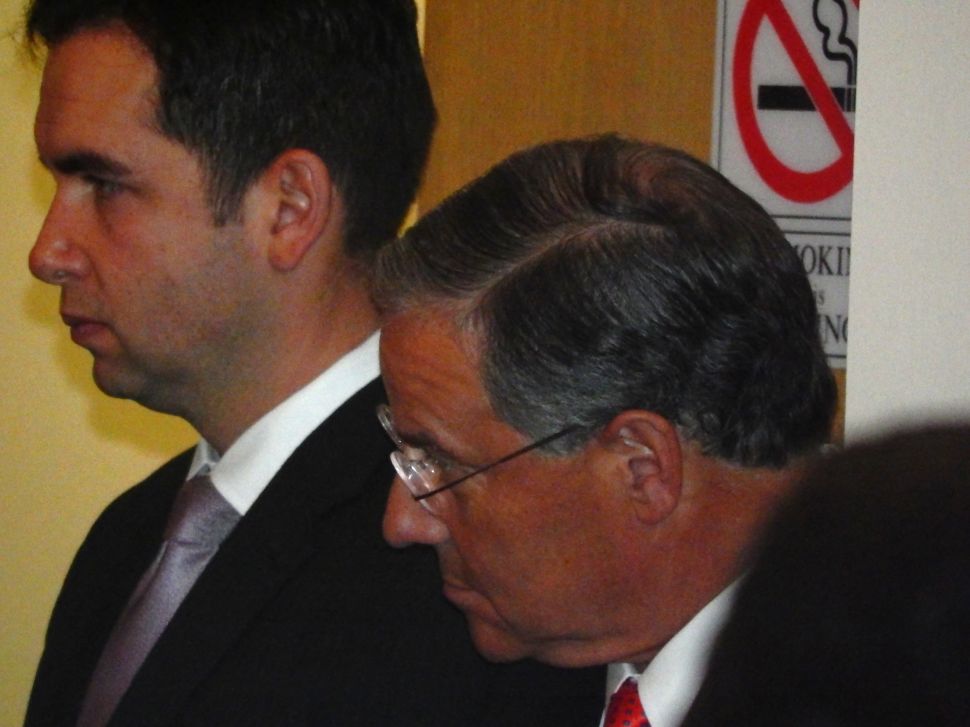