A linguistic discrepancy was spotted last night in Brooklyn at the intersection of Fourth Avenue and DeGraw Street. Or is it spelled De Graw? Maybe it’s just Degraw.

The city of New York doesn’t seem to have settled on a clear answer, based on the various ways DeGraw—we’re settling on that for the purposes of this post—is spelled at different intersections, notably the one at Fourth and DeGraw, which uses “De Graw” and “Degraw” on two separate signs at the same corner, as you can see in the photo above.

So, where does the word come from? According to the reference guide Brooklyn By Name, the street is named for an “eighteenth-century Brooklyn landowner” called “James DeGraw,” and the June 7, 1946 edition of the Brooklyn Daily Eagle confirms this detail.

But in A History of the City of Brooklyn, an 1867 book by Henry Reed Stiles, the now-forgotten landowner’s last name is spelled with a lower case “g.” On April 16, 1764, the book notes, “James Degraw, Brooklyn, offers for sale his farm opposite the church, and joining Mr. harvey’s, a mile from the ferry. It is convenient for the New York market, having ten acres of land and forty fruit-trees.”

There’s not much more known about James DeGraw, as Joanna Lamaida, a reference librarian at the Brooklyn Historical Society, pointed out, so this mystery may have to remain unsolved for now.

A number of these kinds of discrepancies exist throughout the city, though. For example, the sign for the shoe store Harry’s Kids, on the Upper West Side, contains an apostrophe, while one block away, Harrys, the adult store, is missing one. When we asked Robert Goldberg, who owns the store with his brother, why that was the case, he didn’t have an answer.

But one missing apostrophe isn’t nearly as problematic as The DeGraw Dilemma, as we have come to think of it.

One way to get around the issue is to spell the name “DEGRAW,” which is, indeed, how it’s written out on some sections of DeGraw. Frustratingly, though, that doesn’t take into account the spacing problem. 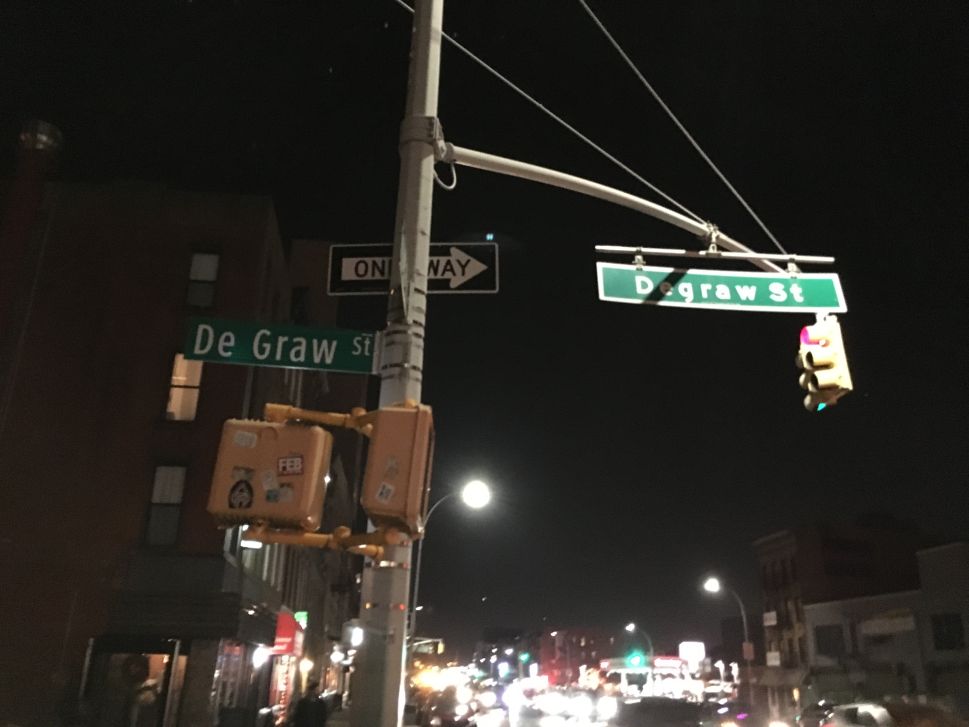