The scene outside the Statehouse this morning.

Dozens of reps from the Building Trades stormed the New Jersey Statehouse this morning as part of an effort to pressure Assembly Speaker Vincent Prieto (D-32) to post a northern casinos referendum bill backed by Senate President Steve Sweeney (D-3).

Sweeney’s bill gives too much tax revenue back to Atlantic City only, in Prieto’s view. The speaker’s version of the bill would distribute revenue to other areas if the state.

Many of the Building Trades members, including electrical workers and carpenters, stood along the walls in the basement of the Statehouse Annex and in the Statehouse where lawmakers enter from the parking lot.

Sprinkled among them were members of the New Jersey Education Association (NJEA), here in support of public pensions. 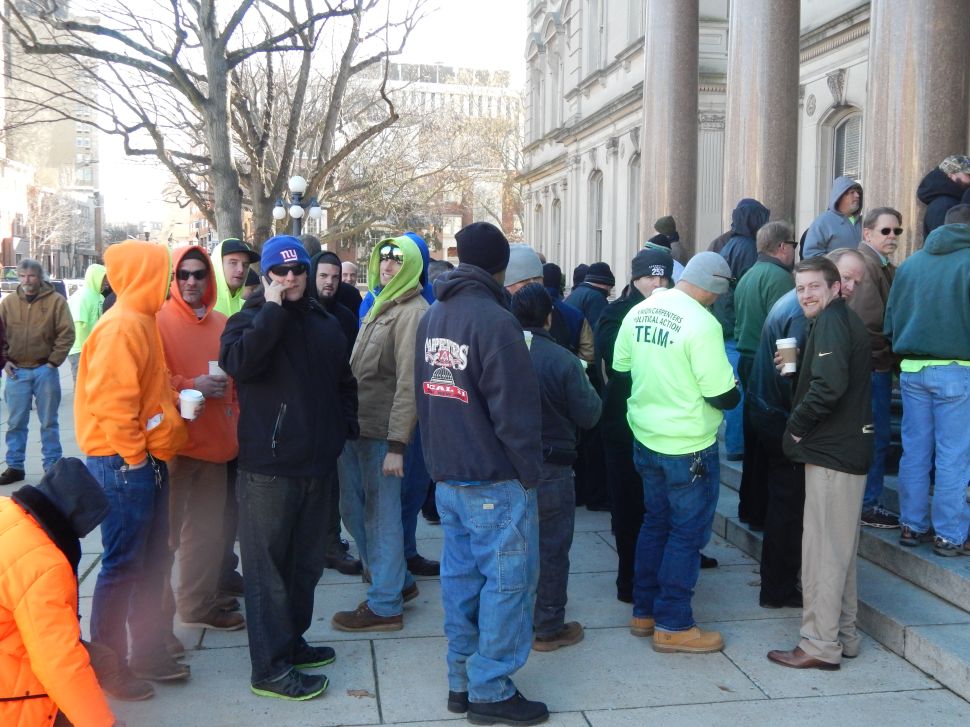