The Contemporary Art world is headed to the California desert in 2017, with an all new biennial art exhibition, thanks to artist Ed Ruscha and a new nonprofit organization.

Desert X, as it’s being called, is slated to take place not this February but next, and is strategically timed to coincide with the highly popular music and arts festival Coachella.

The festival drew 579,000 attendees in 2014 alone and made over $84 million in 2015, according to figures from The Los Angeles Times and Billboard, and already features large-scale site specific art installations in its programming.

Firming up the partnership between the new fair and the long-running desert bacchanalia is Paul Clemente, Coachella’s art director, who also sits on Desert X’s board of directors. Joining him is collector Beth Rudin Dewoody, and the organization’s founder and president Susan L. Davis, who is also editorial director of the region’s Annenberg Retreat at Sunnylands.

“We see Desert X as unique in shining a spotlight on the rich preexisting architectural, natural and cultural legacies of the area, while offering the public a way to explore, activate and interrogate current, timely and historic issues through contemporary, creative practices,” said Ms. Davis in a statement.

Desert X has tapped curator and writer Neville Wakefield as its first artistic director. The New York-based Mr. Wakefield is best known for his collaborative curatorial project with artist Olympia Scarry called Elevation1049 in Gstaad, Switzerland, a series of site specific installations, and also for his role as curator of the Frieze Projects section of London’s Frieze Art Fair.

“The desert has long exercised its fascination over the minds of artists, architects, musicians, writers and other explorers of landscape and soul,” said Mr. Wakefield in the statement. “Desert X will harness and combine the matchless spectacle of the geologic epic, the radical abstraction of the surroundings and the singular incursions of man into the seemingly barren landscape.”

Mr. Wakefield told The New York Times that event organizers do not yet know how many artists will be participating, where the event will be held, or if it would in fact occur every two years. He explained, “All that’s established for now is that it’s a recurring event.”

However, a press release for the exhibition noted that the Palm Springs Art Museum and Sunnylands Center and Gardens could be spots where commissioned art works will be shown.

Biennial events will take place in Palm Springs, Los Angeles and New York in 2016 and Mr. Wakefield is expected to announce further details of his “vision and plans,” for Desert X in a talk at the Art Los Angeles Contemporary fair in Santa Monica, Calif., on January 29. 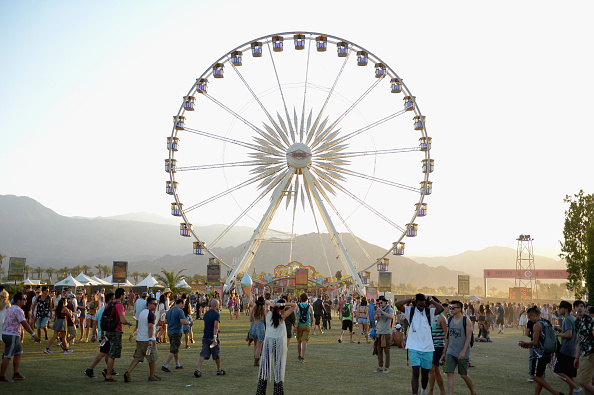