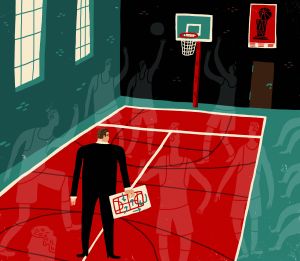 “Do what you love” is increasingly a career mantra. Ours is also an era of exploding sports revenues and franchise values. Taken together, this means more fans want to work in sports management than ever
before, and the demand has spurred a proliferation in advanced degree programs catering to these job seekers.

For decades, there was only a small handful of dedicated master’s degree programs nationwide, and none in New York City. Now, according to the North American Society for Sport Management, there are roughly 350 programs nationwide, including three prominent local programs: at NYU, Columbia and St. John’s.

Each of these New York-based programs takes about a year and a half to complete for full-time students, about half as long as business school. Tuition costs on the low end, about $45,000 for St. John’s, $60,000 for NYU and $65,000 at Columbia. None currently require GMAT or GRE scores, though Columbia will require GMAT’s for its next admissions cycle beginning in the spring of 2016 and NYU requires standardized exams if an applicant lacks a background in quantitative fields, such as statistics, finance or computer science, either through work experience or school coursework.

The proliferation of programs reflects an increasing professionalization of the sports industry over the past two decades. In the past, many teams resembled mom-and-pop operations, with decisions guided by conventional wisdom and jobs going to friends and relatives. Nowadays, the stakes to maximize revenue—from stadiums, sponsorships, television deals and new media—have never been higher,
and sports teams have responded, becoming more sophisticated.

While the programs might not be a golden ticket, the consensus is that in the hyper-competitive market for jobs in sports, they at least offer a leg up.

“The complexity that has been introduced to the world of sports, because of data and information, has made these programs necessary and relevant,” said Vince Gennaro, director of Columbia’s sports
management master’s program and a former owner of a professional woman’s basketball team. “Many sports organizations used to be family-run. But when you start to see franchises bought and sold for
these prices…You need professional managers, and you’re looking for the same people businesses are looking for out of business school.”

Not everyone in sports believes these programs are worthwhile. Mark Cuban, owner of the Dallas Mavericks, wrote in an email, “It’s a ‘master of the obvious’ degree. Graduates aren’t really prepared to
help teams or organizations break new ground.”

Mr. Cuban added, “On top of that, sports teams and organizations have so many people competing for so few jobs that the pay is not that good. And if you have loans to pay back the odds of a good [return on investment] are not very good.”

According to a survey of 2015 graduates by SportBusiness International, 61.4 percent of 2015 graduates gained full-time employment in the sports industry within three months of graduation. The average salary three years after graduation has actually gone down each year: From $53,00 for 2013 graduates to $48,000 for 2015 graduates. (By comparison, the median starting salary expected in 2015 for MBA graduates in the United States is $100,000, according to a May 2015 survey by the Graduate Management Admissions Council.)

While the programs might not be a golden ticket, the consensus is that in the hyper-competitive market for jobs in sports, they at least offer a leg up.

Dave Howard, who formerly worked as president at Madison Square Garden and executive vice president for the New York Mets and currently serves as a guest lecturer at NYU’s program, said candidates with a sports management master’s see their resumes go to the top of a pile of hundreds. “[These candidates] are more inclined to understand basic principles and to hit the ground running. They’ve expressed their passion and desire for sports, which distinguishes them,” Mr. Howard
said.

The three New York-based master’s programs have much in common, but each has its unique calling card. NYU prides itself on putting big hitters in the sports industry in front of its students; its advisory board includes Major League Baseball commissioner Rob Manfred and National Hockey League commissioner Gary Bettman, for instance. “We’re in the epicenter of it all and we’re established, so our industry relationships are very deep,” said Wayne McDonnell, academic chair of NYU’s program.

NYU’s program is part of the School of Professional Studies, which has long been a magnet for career changers. Like Michael Verille, a former finance attorney whose firm went under after the 2008 economic crash, an event he declared, “an awakening and an opportunity to step back and think about what I really wanted to do.”

Through NYU’s sports management program, Mr. Verille said he networked his way to his current position as an executive with Whalerock Industries, a large California-based multimedia company, where he plans to launch a sports vertical.

Mr. Verille challenged students to leverage their connections from sports programs. “New York provides more opportunity in the sports industry than any city in the world, but it’s up to the students to make the most of it. When I went to law school, you were placed [with a firm]. But the sports world is a bit of a small, closed universe, so it takes a lot of personal effort to break in.”

Columbia’s program focuses on sports analytics, including an alliance with Opta Pro, a London-based sports data company, which will provide data from soccer matches for the school’s Analytics of Global Sport class. Columbia also focuses on digital media and international sports business, the latter evidenced by its strategic alliance with Bayern Munich, the German soccer club.

“You have to be comfortable in the global landscape today—look at the NBA, with its focus on China,” said Mr. Gennaro, director of Columbia’s program.“The industry is very much buying into our program,” Mr. Gennaro continued. “We’ve even had students being hired into full-time
positions even before they’ve completed our program.”

Take the example of Anthony Ronca, who works for the NBA as a coordinator for team marketing and business operations while pursuing his master’s part-time. Mr. Ronca had been a full-time student until he got an internship with Major League Soccer, which compelled him to scale back his studies to part-time. He said that being immersed in the industry while still enrolled allowed him to take courses tailored to his career path, like a revenue strategies and analytics course he took last summer. “A big strength of the program is that it allows us to customize what we want to study, depending on where we are in our careers,” he said.

St. John’s, like Columbia, offers a focus in international sports business. St. John’s also offers a specialization in coaching.“We’re well-positioned because we have the premier athletic program
[in the Big East conference], so a lot of our students have the opportunity to get graduate assistantships under top-level coaches,” said David Hedlund, Graduate Program Director at St John’s.

Salaries of entry-level, Division I men’s assistant basketball coaches roughly range from $40,000 to $80,000, according to Robert Boland, a professor of sports administration at Ohio University.

Luca Virgilio, a St. John’s student from Italy who wants to get into basketball management, is a graduate assistant with the St. John’s basketball team. He has been learning under the team’s new coach, basketball Hall of Famer and former Golden State Warriors forward Chris Mullin. Last year, Mr. Virgilio did statistical analyses, prepared scouting reports and worked with the team’s video coordinator. He said the experience has been invaluable for his future career path.

“It’s important for my career to learn how coaching works. If you want to get into basketball operations, you learn all the behind-the-scenes things that you can’t learn as a fan,” he said, capturing the heart of the appeal of sports master’s programs. 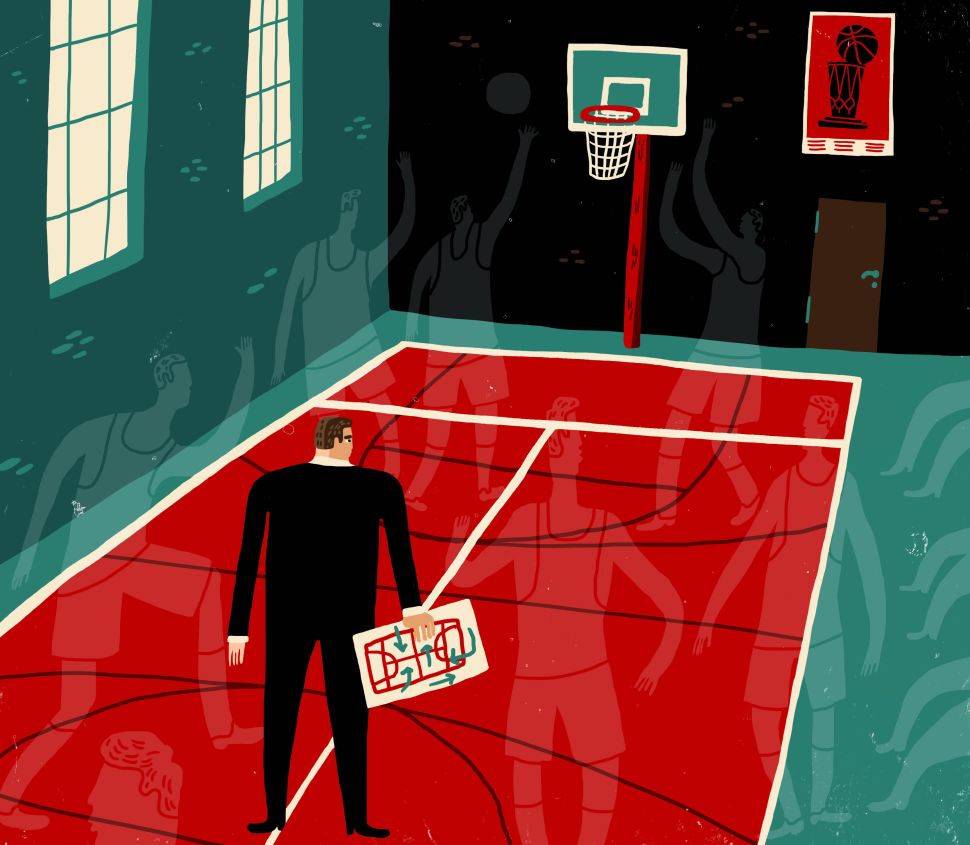