If NPR’s Serial podcast reinvigorated America’s interest in true crime, and HBO’s The Jinx transformed that interest into a social event, then Netflix’s Making a Murderer blew that event to pieces, leaving only an ugly, raging little thing, like a fire burning at a backwoods Wisconsin salvage yard, charred bones lying in the center.

Here’s what we know for sure: Steven Avery of Manitowoc county, Wisconsin, was falsely imprisoned for 18 years for sexual assault before DNA evidence exonerated him, and he was granted his freedom. Two years later, Avery was arrested again, this time for the murder of photographer Teresa Halbach, a crime for which he is still imprisoned to this day. Those are the facts.

Making a Murderer—over 10 dark, occasionally soul-crushing episodes—goes beyond the facts, highlighting the possible corruption of the Manitowoc Police Department, the likelihood of evidence tampering and, perhaps most tragically, the coercion of Avery’s then-16-year-old nephew Brendan Dassey to give what could easily be a false confession.

Response to the Netflix original was immediate, and severe. Two different petitions—one on the front page of Change.org, the other on Whitehouse.gov—garnered enough signatures that the president gave a formal statement on the topic (he made it clear that in the end, Avery can only be pardoned by Wisconsin Gov. Scott Walker). Even the writing of this paragraph itself was interrupted by an email alert, a message calling for donations. The address? SteveIsInnocent.com.

It’s a strange phenomenon—and growing stranger. Is it right for the name of a convicted murderer to become a Twitter hashtag? In a world where the arrest of Robert Durst already brought on cries of “spoiler,” how comfortably does the story of a very real murder fit on Netflix, next to House of Cards and Jessica Jones?

With the line between entertainment and journalism growing increasingly blurred, how do we reconcile making murder into art?

“We understand the world in stories, not in studies,” Jeffrey Toobin tells me after I pose that very question to the attorney and longtime legal correspondent for The New Yorker. Mr. Toobin has a unique relationship with the “journalism vs. entertainment” debate. His 1994 New Yorker article, “An Incendiary Defense,” broke the news that O.J. Simpson’s defense team planned to introduce the issue of race into the NFL star-turned-murder suspect’s defense, the last ingredient needed to turn the trial into one of the most covered—and highest rated—crime stories in history. Mr. Toobin’s book on the subject, The Run of His Life: The People vs. O.J. Simpson—will soon be adapted into a mini-series on FX (Mr. Toobin served as consultant, and is portrayed by actor Chris Conner on the show).

This relationship aside, Mr. Toobin still draws a firm line between the mini-series, and the nonfiction work it dramatizes.

“I don’t invent conversations; I don’t recreate events that I don’t have backup for. I use the court transcripts to describe what happened in court. I invent nothing. I think that is certainly closer to what [directors Laura Ricciardi and Moira Demos] were trying to do in Making a Murderer.”

Some, like Manitowoc County prosecutor Michael Griesbach, disagree with Mr. Toobin’s assessment. Mr. Griesbach is the author of The Innocent Killer: A True Story of a Wrongful Conviction and Its Astonishing Aftermath, which also details the Avery case. Unlike the Netflix documentary, Mr. Griesbach does not mince words on the topic of Avery’s innocence.

Mr. Griesbach was present for many events depicted in Making a Murderer; he describes the “crisp Wisconsin day” Teresa Halbach’s body was discovered, the way the sound of media helicopters echoed over the salvage yard where Ms. Halbach’s remains and car were found.

He can also describe the details Making a Murderer left out.

“Anything like a documentary, you’re going to get some agenda, or you’re at least going to get some perspective,” Mr. Griesbach says. “That’s the right of the creators. But there is a line over which it can pass.”

According to Mr. Griesbach, no one in Manitowoc County is writing up any petitions to free Steven Avery.

“There’s a pretty pervasive sense [in Manitowoc County] that the documentary was one-sided,” he says. “There is so much evidence left out that point things squarely in his direction. There is no doubt, not even reasonable doubt in my mind, that Steven Avery did it.”

Further evidence since the debut of Making a Murderer has appeared damning, if not entirely conclusive. Recently, Avery’s ex-fiancé Jodi Stachowski, one of his biggest supporters in the documentary, told Nancy Grace Avery is a “monster,” with a past dotted with domestic abuse and other violence.

A number of accusations have been lobbed—by Business Insider, New York magazine and Mr. Griesbach himself—claiming that the documentary tends to gloss over, or make light of, Avery’s past criminal activity not related to Teresa Halbach. Mention of an early arrest involving mistreatment of an animal fails to explain, as Mr. Griesbach notes, that Avery, aged 20, doused a cat in gasoline and threw it into a fire. (Or to point out that “cruelty to animals” and “obsession with fire starting” are two criteria in psychiatrist J.M. Macdonald’s established system for predicting who will eventually turn into a violent sociopath, originally published in the American Journal of Psychiatry.)

Perhaps most debated—and most vexing—is an incident described in Making a Murderer in which Avery allegedly ran his cousin Sandra Morris off the road and threatened her at gunpoint, according to Ms. Morris. Mr. Griesbach elaborates, “He had been watching her with binoculars for weeks. He would sexually gratify himself when she drove past his residence,” he said. “When he held her at gunpoint, he only let her leave because she had her infant child in the backseat of the car.”

As Mr. Griesbach saw it, Making a Murderer blew past this incident, presenting it as, “He did it because [Sandra Morris] was spreading rumors,” he said. “Let’s just say that is extremely disingenuous in terms of the truth.”

‘If one begins with the assumption that Steven Avery was wrongly convicted, that’s fine, if one treats that as a hypothesis.’

Nowadays, especially in cases where “historic injustice” is involved, the investigation doesn’t end when the credits roll, thanks to the Internet and free-to-use forums like Reddit.com. Weeks after Making a Murderer made its debut, the portion of Reddit dedicated to the series racked up more than 47,000 followers, discussing the murder of Teresa Halbach with the fervor generally reserved for Game of Thrones. (The top post as of this writing is titled “How to spot a liar-MaM-style,” with more than 200 comments.)

“It’s great that people expend the time and the effort and energy to participate or to contribute to the debate on these sort of issues,” Mr. Toobin said. “The problem…that can arise is when other people take those efforts too seriously, and believe stuff that may simply be a hypothesis.”

Mainstream media realized this danger full on in 2013, when a Reddit user falsely accused 22-year-old student Sunil Tripathi of participating in the bombing of the Boston Marathon and the notion made its way across the Internet as established fact. Just three years later, headlines like “Making a Murderer: Reddit Claims to Unearth New Evidence,” have already cropped up.

“That’s an inherent problem, and something that inflicts practically every corner of the Internet,” said professor Robert E. Drechsel, director for the Center for Journalism Ethics at the University of Wisconsin. “If one begins with the assumption that Steven Avery was wrongly convicted, that’s fine, if one treats that as a hypothesis.”

Of course, in the creation of a documentary, some aspects of the story will be left on the cutting room floor. But is there a difference between crafting a narrative and pushing an agenda?

“I don’t think it’s possible for a documentary to be truly impartial, or unbiased,” documentary filmmaker Kurt Kuenne told the Observer via email. “It’s always being told through the point of view of the person making it, and that person will always be a human being, with opinions and beliefs.”

Not every viewer thinks that way, however.

For Mr. Griesbach, the online detective work has now extended far past hypothesis and is doing real damage.

That circles back to that thin, nearly transparent line between journalism and entertainment. Because there is no doubt Making a Murderer has created fervor, established a conversation. But maybe the largest question, thanks to Making a Murderer, to Serial, to The Jinx, is this: If Teresa Halbach’s murderer was found, conclusively, which of us would see it as justice served, and which would view it as a satisfying series finale? And could it possibly be both?

“I know that everyone loves a good mystery, but having lived through the murders of two of my loved ones, I find nothing entertaining about watching other people’s pain,” Mr. Kuenne said. “But if change that makes the world better can come out of telling these stories? Then there is value in doing so.” 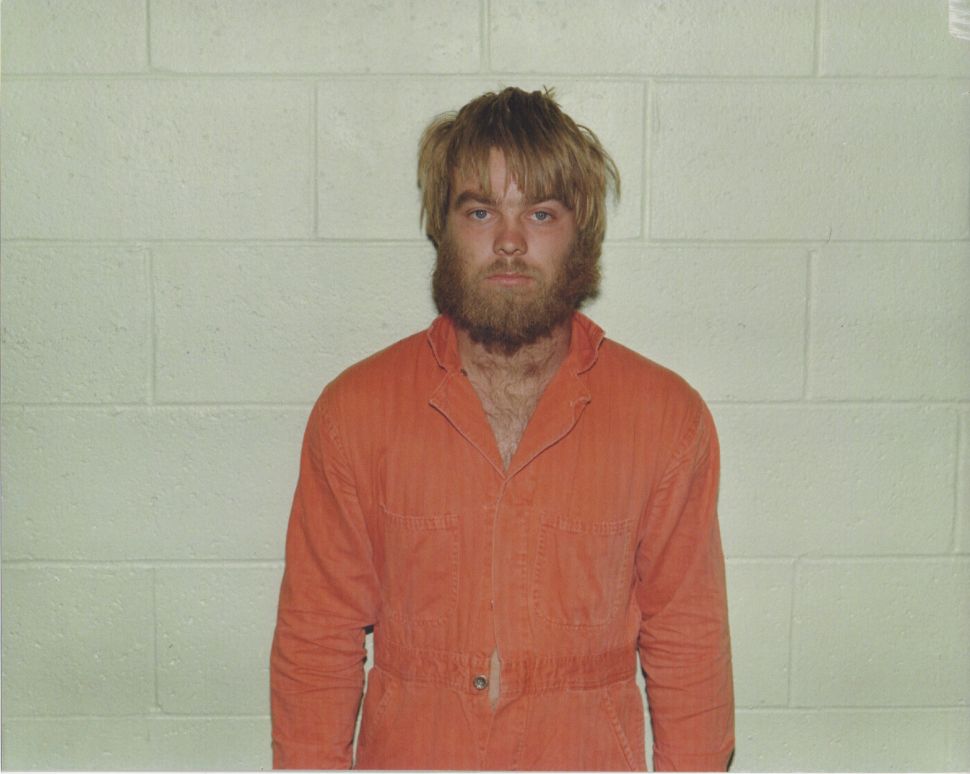