Esther Dyson enjoys an impressive track record for backing startups, including Flickr, 23andMe and Meetup, but “what I’m doing now is focused on producing health,” she said the other day at her office in Noho. To achieve that lofty (some would argue impossible) goal, Ms. Dyson founded a nonprofit that recently launched The Way to Wellville, a competition to make five communities healthier within five years. Ms. Dyson’s organization serves as something as a personal trainer and life coach for its chosen partners like Niagara Falls, N.Y. “What we’re trying to do is change the environment so instead of undermining people’s attempts to be healthy it supports them,” she said as a Fitbit-like device flashed amber on her wrist.

You wrote and edited your own newspaper when you were eight years old … On carbon paper.

What do you remember about the publication? It was family news, ‘Esther got a hundred percent on her test,’ ‘George built a new treehouse,’ People always ask, ‘who’s your role model?’ expecting Sheryl Sandberg—and Sheryl I love—but it’s Kay Graham, the original.

You later worked as a fact-checker at Forbes? Can you talk about how that training helped you in business? Don’t be afraid to ask stupid questions. Find out what’s the basis for an assertion.

Before it was fashionable, you invested in Eastern Europe. Pick a region to invest in. Now I’m investing in health as an asset class. But geographically Africa has a huge amount of promise. It has colossal problems, obviously. I have a couple of investments there. One’s in South Africa, one’s in Tanzania, another’s a Croatian company that sells banking software throughout sub-Saharan Africa.

Powerful forces—such as soda manufacturers—battle to maintain the status quo regarding health. How do you fight such foes? Invite them to a conference. We have to figure out how to help them change and be their allies. Simply demonizing them isn’t going to work. Two years ago, I was at an event and the CEO of Rite Aid was there. And this was before CVS stopped selling cigarettes, and I asked, “Have you ever considered stopping selling cigarettes?” And he said, “Forgive me, ma’am, but you people should have the balls to make us stop by passing a law, because we’re not going to do it on our own; we would just kill ourselves competitively.” Recently, I said this to an executive for a company that sells sugary food: “Why don’t you spearhead the movement to tax sugar, and get all the PR, and your competitors will be just as hamstrung as you are, and you can go home and look at your children and feel proud.”

What did the executive say to you? I don’t think they’re going to go do it, but that’s what I would do if you made me CEO of, say, Coca-Cola.

Name a startup that with the potential to improve health in America.  MedicaSafe. They have a little box. You put in methadone or some kind of controlled substance that’s used to help people deal with substance abuse. Every day, they can call a doctor or a nurse and get a code and unlock one little cell of this box and take their daily dose, and at the end of the month, it’s kind of like Netflix, they get a new [supply]. One of the biggest shortages in medical care now is substance abuse treatment, and this is a way of kind of semi-automating, doing it at a distance.

How do you envision the world will end? Prematurely. Until maybe a hundred years ago, most people lived in discomfort. And people with disabilities mostly just died early. And now we’re really keeping people alive who would have died, and where does artificiality begin? It’s not necessarily replacing our bodies with metal. We’re already considerably different. I would have died long ago because my eyesight is so bad. I would have been run over by a horse. So we’re becoming inherently artificial. We’re evolving ourselves already well before genetic engineering. And genetic engineering is going to happen one way or another. First, we’ll try and fix the real problems and then we’ll try and fix things that aren’t problems, and based upon the bad choices we make about what we eat, imagine the bad choices we’re going to make about what we want our children to be. 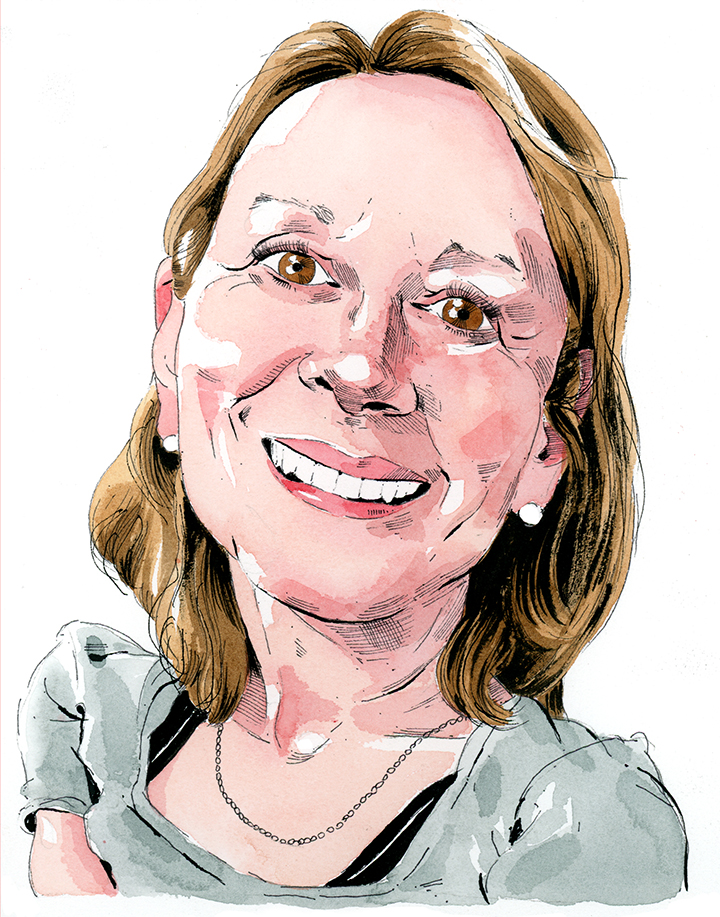