Mr. Kuperus served as New Jersey’s secretary of agriculture from 2002 to 2008.

His full obituary is here.

“The passing of Charles Kuperus is a terrible loss not only for his family but for the entire state of New Jersey, that benefited so greatly from his leadership and expertise,” said Senate President Steve Sweeney (D-3). “His efforts to preserve open space and farmland not only helped keep New Jersey the “Garden State” but  improved the quality of life for all of our residents.  I send my deepest sympathies to the Kuperus family for their loss.”

“As Secretary of Agriculture Charles Kuperus did more to preserve farmland than any other Ag Secretary in state History,” said Jeff Tittel, director of the New Jersey Sierra Club. “Under His  leadership more development rights on farms were purchased  but he also supported initiatives  to save farmland , from supporting smart growth and the NJ State Plan to the Highlands Act .Charles Kuperus wanted to make sure farms grew crops instead of houses and took political heat for some of those positions  He tirelessly promoted NJ farm products through Jersey Fresh and local farm markets  and farm stands .When ever you drive around NJ and see preserved farms or buy local produce that is Charles Kuperus legacy.”

Added Douglas H. Fisher, the current state secretary of agriculture, “Charles Kuperus was a fierce advocate for New Jersey farmers, a forward-thinker who served with distinction. I was proud to have known and worked with him. He will be sadly missed by friends and associates from across our great state.” 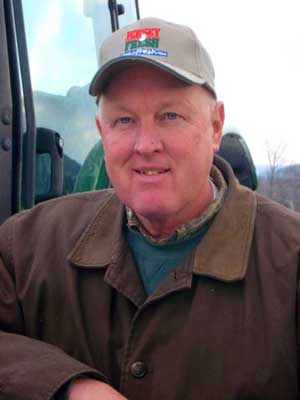