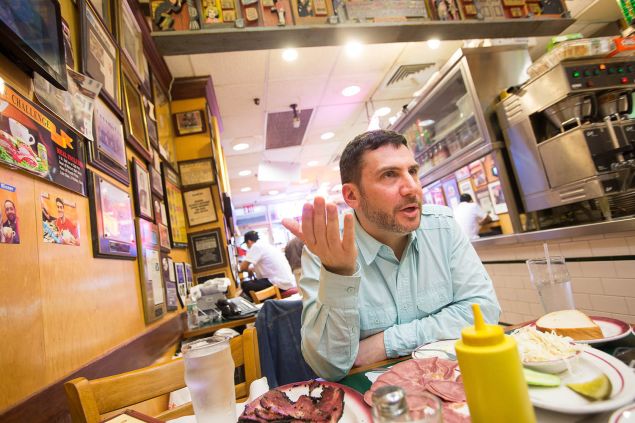 Sure, he ate it as a kid, growing up around the corner from a Jewish deli in Great Neck, Long Island. But he was more of a roast beef and turkey boy at that point. It wasn’t until he started writing his latest book, a history of the Jewish deli published by NYU Press, that he really developed a taste for that most sensual of the salted, cured meats. Perhaps too strong a taste.

“I’m more into kosher Chinese these days than I am into kosher deli, because I eat so much of it,” he said recently over a platter of pastrami and pickled beef tongue at Ben’s Best, the 71-year-old kosher deli in Rego Park, Queens.

That he should feel this way is fitting: Mr. Merwin’s gustatory preferences mimic, in miniature, those of American Jewry in the 1960s, when the Chinese restaurant replaced the delicatessen as “the neighborhood hangout on Sunday night,” as he writes in his book—“a Jewish ritual in its own right.”

There are a number of reasons why Jewish delis have evaporated not only from Jewish life but American culture as a whole. The health craze of the 1970s, for instance, played no small part in steering diet-conscious diners away from the rich, fatty foods that were once a sine qua non of every deli menu. High rents in the city have also forced out restaurants like the Stage Deli, which closed its doors in 2012.

Then there’s the lack of interest in traditional offerings like kasha varnishkes, goulash and gribenes. Most diners opt for pastrami—that Romanian Jewish delicacy—or corned beef sandwiches, for which the profit margin is quite low.

“The problem is that pastrami is available everywhere,” Mr. Merwin added as he slathered mustard on a fresh slice of kosher rye. “Once you start being able to get it anywhere, it’s like bagels.”

And so Pastrami on Rye: An Overstuffed History of the Jewish Deli is as much a sociological examination of food in Jewish-American culture as it is a dirge for its dissolution—most delis these days, it seems, resemble kitschy palimpsests of their former selves—and disappearance.

A timely one at that, given the recent closure of the Carnegie Deli—that old standby canonized in Woody Allen’s Broadway Danny Rose—which was found in April to have been using an illegal gas line. Its reopening is in some doubt, and it saddens Mr. Merwin, a 47-year-old Conservative Jew and the author of In Their Own Image: New York Jews in Jazz Age Popular Culture, that the Jewish deli is disintegrating before our eyes.

“It doesn’t have the same hold on the Jewish imagination as it once did,” Mr. Merwin said as Mariah Carey’s “All I Want for Christmas Is You,” that old standby, hummed inappropriately in the background. “My kids don’t really care about deli. They haven’t grown up with it. It’s not something that matters to them.”

“I’ve consciously tried to reinvigorate it,” he added. Mr. Merwin, an associate professor of Judaic studies at Dickinson College, has spent his career attempting to preserve, like a cured hunk of brisket, those aspects of Jewish culture he feels are endangered. While researching his book, he amassed a collection of old menus and photos, neon clocks and neon signs.

He was in town from Harrisburg, Penn., where he lives with his wife and kids, giving a talk at the Suffolk Y JCC in Commack, Long Island. He will return to the city on January 21, to discuss his book at the 92nd Street Y. In the meantime, he is at work on a new book about the rising interest in Judaism among non-Jews like Madonna.

If only she’d found as much meaning in a slice of pastrami as she did in a line of Kabbalah. 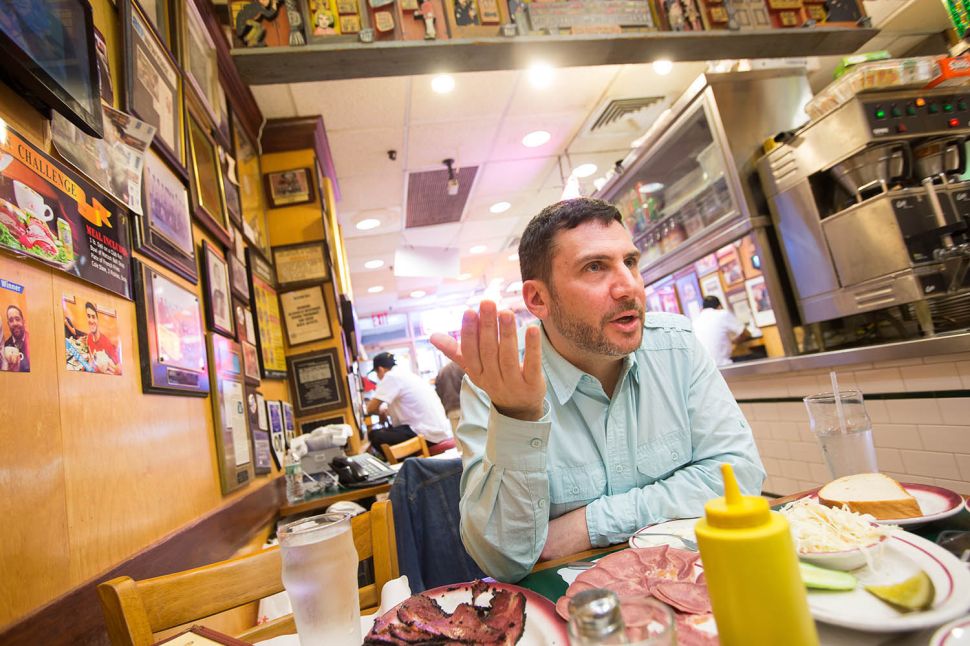