An ally of Governor Chris Christie’s presidential campaign is catching heat today for racist remarks he made to the Portland Press Herald. Maine governor Paul LePage, who is already under threat of impeachment, said during a town hall meeting yesterday that the state’s heroin problem was the result of black men coming up to Maine from New York and the mid-Atlantic with drugs.

Lepage went on to say that the same men often “impregnate a young, white woman” before heading back down the coast.

The blowback comes at an inopportune time for Christie, with the crucial New Hampshire primary weeks away. Christie has largely built the support for his 2016 bid in New England on his public sensitivity to the heroin epidemic, garnering more than 100,000,000 views on Youtube with a speech he made in New Hampshire.

“These types of guys … they come from Connecticut and New York, they come up here, they sell their heroin, they go back home,” LePage said. “Incidentally, half the time they impregnate a young, white girl before they leave, which is a real sad thing because then we have another issue we have to deal with down the road.”

LePage offered Christie his official endorsement in July. Christie’s camp has stayed silent on the incident so far, though Hillary Clinton’s campaign has already issued a condemnation of LePage’s remarks.

“LePage’s racist rants sadly distract from efforts to address one of our nation’s most pressing problems,” said Marlon Marshall of Hillary for America.

Peter Steele, Lepage’s director of communications, said that the comments were not racially charged.

“The governor is not making comments about race. Race is irrelevant,” he said. “What is relevant is the cost to state taxpayers for welfare and the emotional costs for these kids who are born as a result of involvement with drug traffickers. His heart goes out to these kids because he had a difficult childhood, too. We need to stop the drug traffickers from coming into our state.” 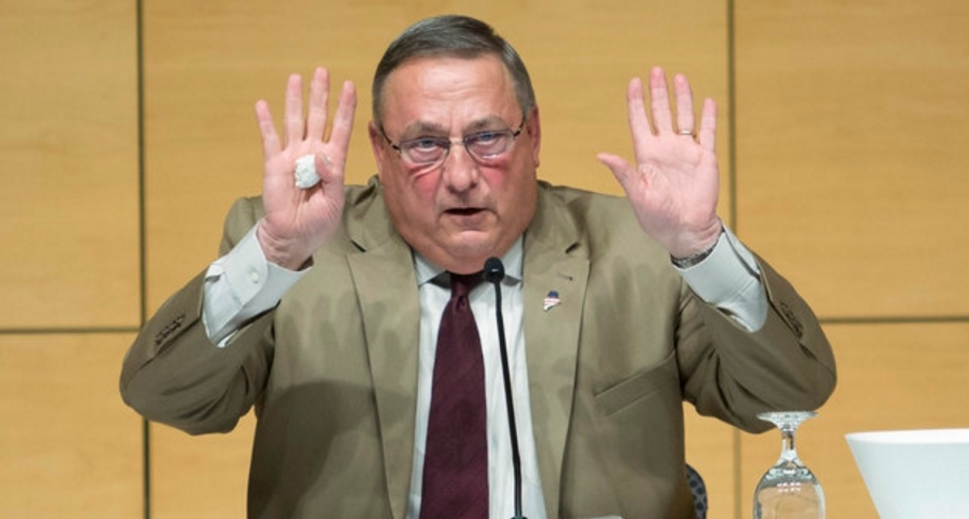