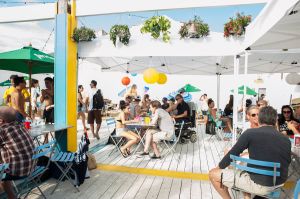 To truly enjoy New York City, you must be able to leave.

A Zen koan? Or a pitch for a Miami time-share? Either way, the point is the same—urban hustle and bustle is nice, but sometimes a person needs to escape.

Accordingly, among New Yorkers of means, a second home is something of an essential accoutrement. Where exactly you keep it—The Hamptons, the Hudson Valley, Martha’s Vineyard, St. Barts—is a matter of personal taste and circumstance. The important thing is getting out.

For most people, anyway. There is, however, a rare breed, who, even when they’re taking a break, still like to be in the thick of it all; Gothamites who, the appeal of exotic lands notwithstanding, prefer to keep their second homes within earshot of the subway’s rattle. As the poet once said: “Some folks like to get away/ Take a holiday from the neighborhood/ Hop a flight to Miami Beach or
to Hollywood/ But I’m taking a Greyhound on the
Hudson River line/I’m in a New York state of mind.”

For instance, said Ellen Feld, a Sotheby’s International Realty broker specializing in the Bronx, “It does happen on occasion that someone has a small apartment in Manhattan while maintaining their primary residence in Riverdale.”

“They might like to attend Broadway shows or go to the theater or museums and rather than come home late at night they have a place to stay in Manhattan,” she said. “I come across it, though rarely.”

He cited as an example one of his longtime clients, a doctor who has his primary residence at the Oceana condominium development in Brighton Beach but also keeps an apartment near Lincoln Center.

That sort of arrangement “doesn’t make sense to a lot of people because you could rent out the [second] apartment instead and get some income,” Mr. Sapozhnikov said. “But if you don’t need the extra money, and you have the apartment—which is still appreciating anyway—and you enjoy being in the city, why not?” 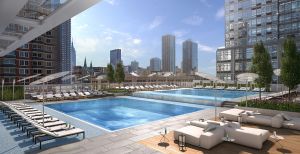 With two outdoor pools and one indoor, the Sky offers a Miami feel without having to fly south.

Why not, indeed. In fact, why stop at two places? Go for the hat trick! Mirador Real Estate’s Andrew Rose is currently working with a family who keeps three places in the city—one in Chelsea, one in the Rockaways, and one in another part of outer Queens.

The Chelsea apartment they use “when they are having dinner or going to a show or something in Manhattan,” he said. (They also have their gym memberships in the neighborhood, he added.) “Then they have their weekend home out in the Rockaways where they can go to the beach if they want to jet ski or anything like that.”

The third place serves as a crash pad of sorts for the husband, who runs an electrical engineering firm. “So he has a place out there for if he is working late or early or something like that,” Mr. Rose said, adding that this client is the first he’s come across who keeps multiple homes in the city.

“Tons of people have like a place on the Upper East Side and then a place out in the Hamptons or something like that, but simply in another borough? No, I hadn’t seen that before,” he said.

Although, he noted, given the relatively modest prices of Rockaway real estate (a one-bedroom a block from the beach is currently listed on StreetEasy for $269,000), there’s a certain appeal to keeping your summer place within the city limits.

“For what a down payment in [Manhattan] costs, you could have a home out by the beach,” Mr. Rose said.

The Rockaways are also the center of New York’s burgeoning surf scene, which has bolstered the neighborhood’s second- home sales and rental market, said Frank Cullen, a real estate broker and founder of the Rockaway-based New York Surf School.

Throughout the 1960s and 1970s “there was a very strong summer culture” in the neighborhood wherein “predominantly Irish [beachgoers] from the Bronx and Manhattan would come down and take all the summer rentals,” he said. “You used to have to leave your deposit at the end of the summer to secure your place for the next summer.”

‘For what a down payment in [Manhattan] costs, you could have a home out by the beach.’

That summer scene faded during the ’80s and ’90s, Mr. Cullen noted, but, he said, over the last decade it has reemerged, driven in large part by the city’s growing surf culture. More recently, he said, he’s noticed surfers renting second homes in the area in order to spend more time at the beach.

Photojournalist Rick Hall started surfing around five years ago. Last May, he and his girlfriend began renting a one-bedroom in the Rockaways about a block from the beach after the lease ran out on her apartment.

“I own a place in Bushwick, and she had been living with me for a while anyway, and one weekend we were out [at the Rockaways] and I flew the idea that we still keep a second apartment, but that we do it out in the Rockaways,” he said.

“We both work in the city, so [The Rockaways] is a little too far for day-to-day life,” Mr. Hall said, noting that having a second place in the area eases some of the inconveniences inherent in the urban surfer lifestyle.

“Keeping a board or two in the [Bushwick] apartment and schlepping it out in the car, I certainly was wondering if there was a way I could make it easier for myself,” he said. “It used to be I would go out and surf and then come right back.”

Now, though, the couple is more likely to linger. “It’s a nice mini-vacation away from the city,” Mr. Hall said. Without ever leaving the city, of course.

Another student of Mr. Cullen, Najah Frazier, rents an apartment in Rockaway in addition to her primary residence in Forest Hills.

“I don’t know if you’ve ever surfed, but it’s kind of addictive, and you want to live by the beach and just be closer to that type of environment,” she told the Observer. Last year she and three other surfers went in on a $1,200 two-bedroom.

“I usually use it Friday through Sunday,” she said. “After work I head out there, try to get some surfing done in the evening. My board is indoors, and I don’t have to carry much to the beach. You see people on the A train with their surfboards, and it’s cool to see, but it’s a hassle.”

“When they come, people are like, ‘Wow, we kind of feel like we’re moving to Miami in New York City,’ ” Ms. Vardi said. “And what we’re noticing is that even though people have a [primary] home, in, say, Riverdale or on the Upper East Side, they like renting at Sky because of the amenities.”

“They kind of want it as an extension of their own home, as a place to hang out on the weekend with their friends,” she said.

Not that this was necessarily Moinian’s plan for the development. “I think it’s because of the slew of amenities we have, but when we initially set up the package we didn’t think this would happen,” Ms. Vardi said. “We honestly haven’t seen this before.” 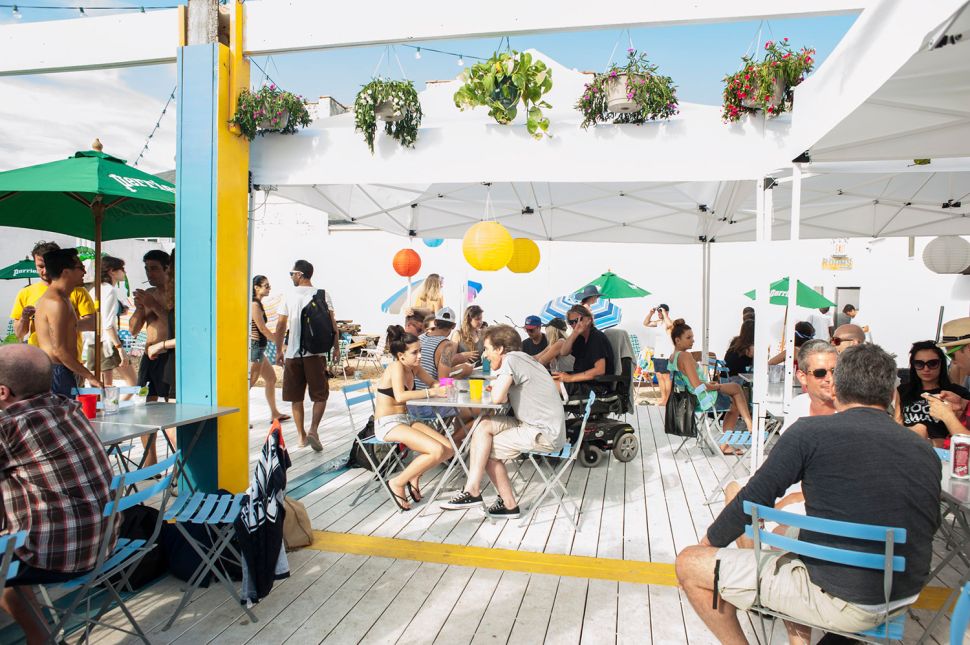